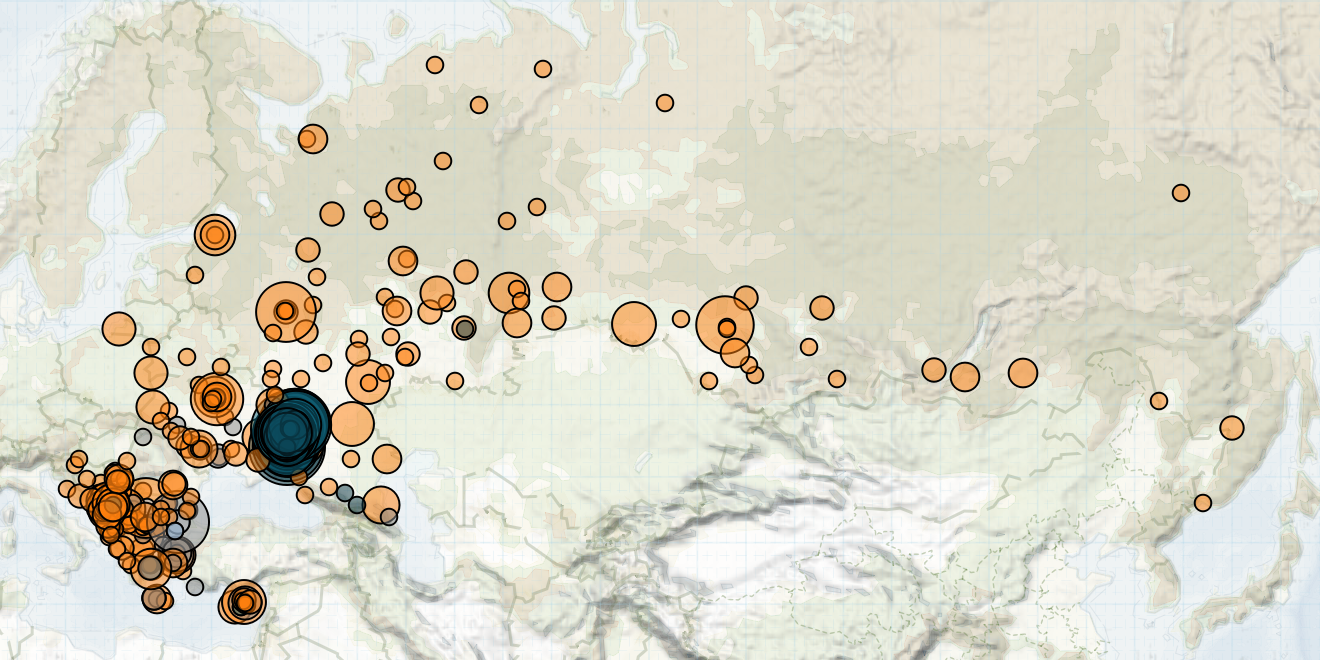 Last week, demonstrations across Eastern Europe declined significantly as restrictive measures to limit the spread of coronavirus prevented many protest gatherings. A handful of protests were reported over restrictive government measures and over material shortages resulting from the coronavirus pandemic in Albania, Greece, Cyprus, Romania, Ukraine and Russia.

The parliament in Kosovo ousted the government in a no-confidence vote on March 25, after several days of protests by citizens from their balconies. The coalition government of Vetevendosje (LV) and Democratic League of Kosovo (LDK) had been in power since February this year, and was marked by friction between President Hashim Thaci and PM Albin Kurti over various policies, including on how to handle the coronavirus pandemic (RFE/RL, 25 March 2020; The Guardian, 26 March 2020).

In Greece, early last week, migrants at the Greek-Turkish border in Evros clashed with Greek security forces. No further clashes were reported, and by the end of the week, Turkey had evacuated most of the migrant groups it had bussed to the border early March to put pressure on Greece and the EU (Ekathimerini, 28 March 2020).

In Belarus, where the government has not implemented restrictions on gatherings to limit the spread of coronavirus (RFE/RL, 24 March 2020), environmental protests in Brest continued similar to previous months.

In Russia, measures to limit the spread of coronavirus were stepped up for various cities and regions. Public gatherings were limited or banned, and in some cases, such as Moscow and Chechnya, a complete lockdown was imposed  (RFE/RL, 30 March 2020; Kommersant, 24 March 2020). As a result, protest activity declined significantly: some protests were cancelled while others reduced their crowd size to comply with the stricter measures. About two dozen protests were held, the majority against the proposed constitutional reforms that would allow Vladimir Putin to remain President after 2024 (News.ru, 22 March 2020; Tayga.Info, 28 March 2020). The referendum on the constitutional reforms, set for 25 April, is now postponed due to the coronavirus outbreak (RFE/RL, 25 March 2020).

In the Donbass region of Ukraine, fighting between Ukrainian government forces and separatist rebels also decreased by about one-third compared to the week prior, with 78 armed clashes and 158 shelling incidents resulting in one reported fatality. Similar drops in fighting are not uncommon in the conflict.