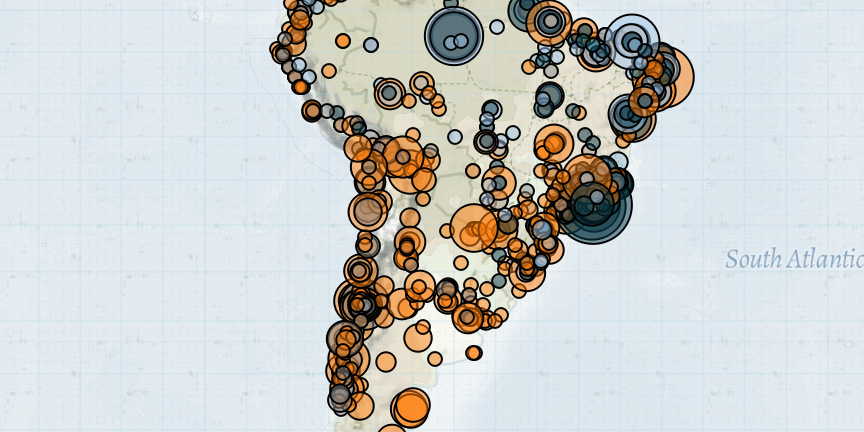 Last week in South America, key developments include: political killings in Colombia; prison riots in Colombia and Peru, as well as peaceful protests by prisoners in Argentina over fears of the coronavirus outbreak; protests both for and against quarantine measures in Brazil; and a decrease in the number of demonstrations in Chile.

In Colombia, two members of the Embera indigenous community — a social leader, and a former member of the Revolutionary Armed Forces of Colombia (FARC) — were killed in the departments of Valle del Cauca, Bolívar, and in Meta, respectively. Activists have raised concerns that armed groups will take advantage of lockdown measures to increase attacks on social and indigenous leaders in remote rural areas. With authorities focusing their attention on efforts to prevent the spread of the coronavirus, state forces and the justice system may prove unable to protect vulnerable communities and properly investigate targeted killings (The Guardian, 23 March 2020).

Prison riots were reported in multiple countries throughout South America due to poor detention conditions and fears of coronavirus. In Colombia, a riot broke out in La Modelo prison, located in Bogotá city, in which prisoners called for better health and sanitary conditions inside the overcrowded facility; 23 inmates were left dead after clashes with the police. Riots were also reported in prisons in Tolima, Valle del Cauca, Meta, Antioquia, and Norte de Santander departments. In Peru, prisoners of El Milagro, in La Libertad department, started a fire and clashed with the police after claims emerged that an inmate was infected with the virus; two prisoners were killed. Conversely, prisoners held peaceful demonstrations at facilities across Argentina in the provinces of Buenos Aires, Santa Fe, Entre Rios, Córdoba, and Chaco. Inmates called for the implementation of a disease prevention protocol promised by the authorities.

In Brazil, pot-banging protests continued for the second consecutive week across multiple cities in opposition to President Jair Bolsonaro and his remarks minimizing the seriousness of the coronavirus pandemic. On 24 March 2020, in an official announcement broadcasted on TV, the President questioned measures adopted by state governors, such as the closing of schools and non-essential businesses, claiming it would cause an economic recession that would be worse than the pandemic itself. He also criticized the press, claiming that the coverage of the pandemic was “alarmist” (Correio Braziliense, 25 March 2020). Following the announcement, motorcades demanding the re-opening of business were reported in several regions of the country. In some cities, protesters were fined or arrested for civil disobedience, as municipal and state laws have prohibited public gatherings during the disease outbreak.

Meanwhile, drug trafficking groups have taken it upon themselves to establish regulations to address the pandemic. In Mato Grosso state, the Red Command (CV) issued a warning imposing a curfew and advising people to stay home (Gazeta Digital, 28 March 2020). In Rio de Janeiro state, gangs and police militias also imposed curfews on several communities and favelas in an effort to curb the spread of the virus (The Guardian, 25 March 2020). Despite these restrictions, the number of recorded armed clashes remained steady last week around most of the country.

Meanwhile, the number of demonstration events in Chile continued to sharply decrease compared to the previous week. Still, citizens across the country staged demonstrations to demand tougher safety measures to prevent the spread of coronavirus. Public transport and sanitation workers went on strike and halted these services, citing a lack of hygienic and safety equipment to carry out their tasks.