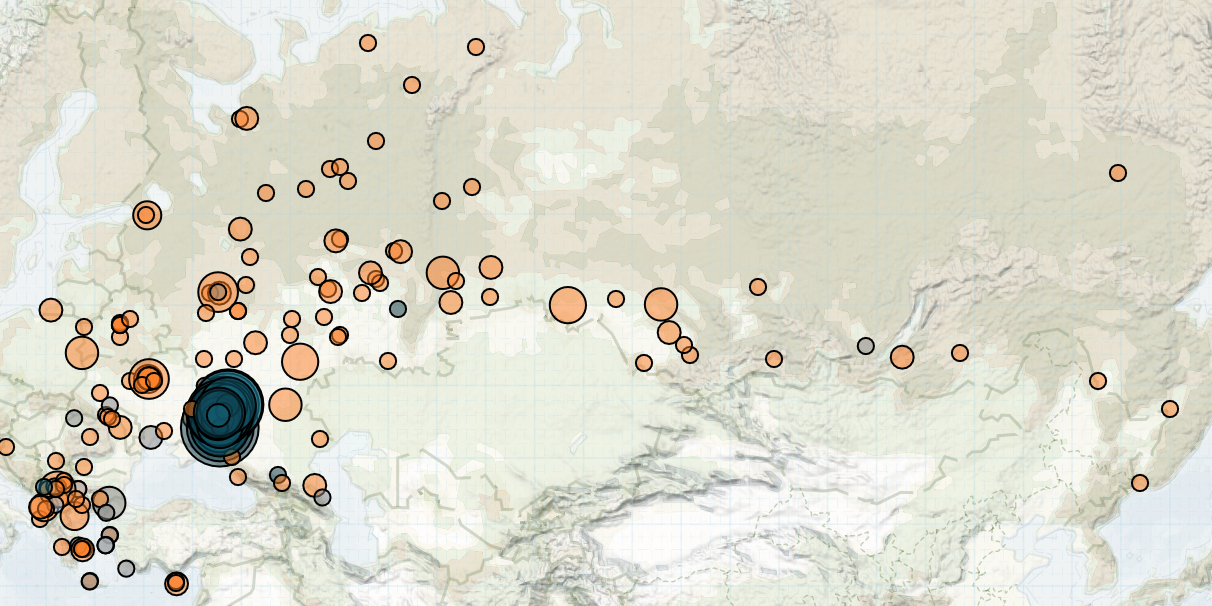 Last week, demonstration events throughout the Balkans, Southeastern Europe, Eastern Europe and Russia remained low amidst ongoing coronavirus measures that limit public gatherings. Most of the demonstrations that did take place were held over government responses to the coronavirus crisis.

In Serbia, manufacturing laborers protested over having to work without protective health equipment.

Citizens in a neighborhood of Tirana, Albania, demonstrated from their balconies against the lack of financial support from the government during the coronavirus crisis and demanded the resignation of President Edi Rama.

In North Macedonia, police dispersed a protest of several hundred citizens in Skopje. Protesters demanded exceptions to coronavirus measures for women and children that would allow them to leave their homes when exposed to domestic violence (MakFax, 9 April 2020).

In Greece, the union of state hospital workers, supported by the Communist Party of Greece and various labor organizations, held protests to demand more staff, medical equipment and the requisition of resources from the private sector to help fight the coronavirus outbreak. Small scale rallies were held outside hospitals and healthcare centers across the country (Ekathimerini, 7 April 2020).

Healthcare workers in Bulgaria and Romania also protested over working conditions amidst the coronavirus crisis.

In Russia, several protests were held against the government’s coronavirus measures. In addition, a large prison riot erupted at the high-security Penal Colony No 15 in Angarsk on 10 April after an inmate was allegedly beaten by a guard. At least one inmate was killed and a further 300 were injured after the security services’ reinforcements intervened with the use of water cannons and stun grenades (BBC, 11 April 2020; Meduza, 11 April 2020), leading to protests in support of the inmates (MBK Media,  11 April 2020).

In Ukraine, the Democratic Axe Party continued its demonstrations over a court settlement on the nationalization of the largest Ukrainian bank (RFE/RL, 8 April 2020; Delo, 13 April 2020). In the Donbas region, fighting between Ukrainian government forces and separatist rebels continued at similar levels compared to the week prior with 118 armed clashes and 150 shelling incidents resulting in two reported fatalities.