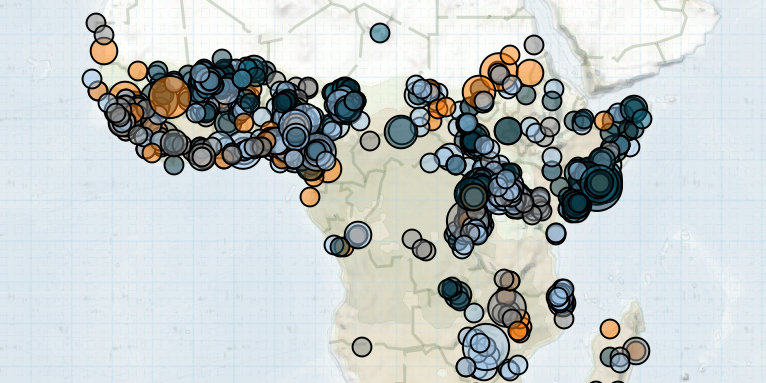 Last week in Africa, the Government of National Accord (GNA) made strategic gains against the Libyan National Army (LNA) in Libya, despite the ongoing bombardment of Tripoli. Meanwhile, dozens of Boko Haram militants died under uncertain circumstances while in prison in Chad.

State forces once again employed lethal force during the enforcement of coronavirus measures in Nigeria and Uganda, with civilian deaths also reported in Togo and Cameroon. In Uganda, Local Defence Unit personnel opened fire on a boat in Jinja district, injuring a student and killing a colleague in an apparent case of friendly fire. The boat was reportedly carrying more than the number of passengers permitted under coronavirus restrictions. Continued acts of violence by state forces in Uganda have prompted violent responses from the community. In Kisoro district, rioters pelted security forces with stones as they carried out the enforcement of coronavirus measures. The targeted stone-pelting of state forces was also reported in the Ivory Coast, Kenya, and Guinea.

In Mali’s Mopti region, deadly violence between Jama’at Nusrat al-Islam wal-Muslimin (JNIM) and Islamic State in the Greater Sahara (ISGS) militants continued for a second week. Whilst the previous week’s hostilities centered around Dialloube in the Inner Niger Delta, the latest fighting was reported near the border with Burkina Faso, in the Mondoro area. In the nearby area of Tin Tabakat, ISGS fighters also killed an unspecified number of civilians during attacks on villages perceived to be loyal to JNIM. Meanwhile, the Malian army was accused of carrying out summary executions and forcibly disappearing members of the Fulani community. Soldiers reportedly staged extrajudicial killings in Mopti’s Kounari commune and forced disappearances in Mopti commune.

In Chad, 44 imprisoned Boko Haram fighters were found dead in a detention centre in the capital of N’Djamena. While the exact circumstance of their deaths remains unclear, reports indicate that they died from ingesting poison (AFP, 19 April 2020). The prisoners were part of a group of 58 suspects who had earlier been captured during the recent military operations in the Lake Chad area.

Finally, the GNA recorded significant victories against the LNA in the ongoing conflict in Libya. Early in the week, GNA forces captured a series of towns to the west of Tripoli, including Sabratha and Surman. The GNA subsequently launched a concerted push towards the town of Tarhuna, to the southeast of Tripoli. Meanwhile, in one of the most significant clashes of the week, GNA forces successfully repelled an LNA attack, supported by Chadian and Sudanese mercenaries, on the town of Abu Grein, south of Misrata city. Despite the GNA’s successes, Tripoli remains epicenter of the conflict, as LNA forces continued the heavy bombardment of the capital.