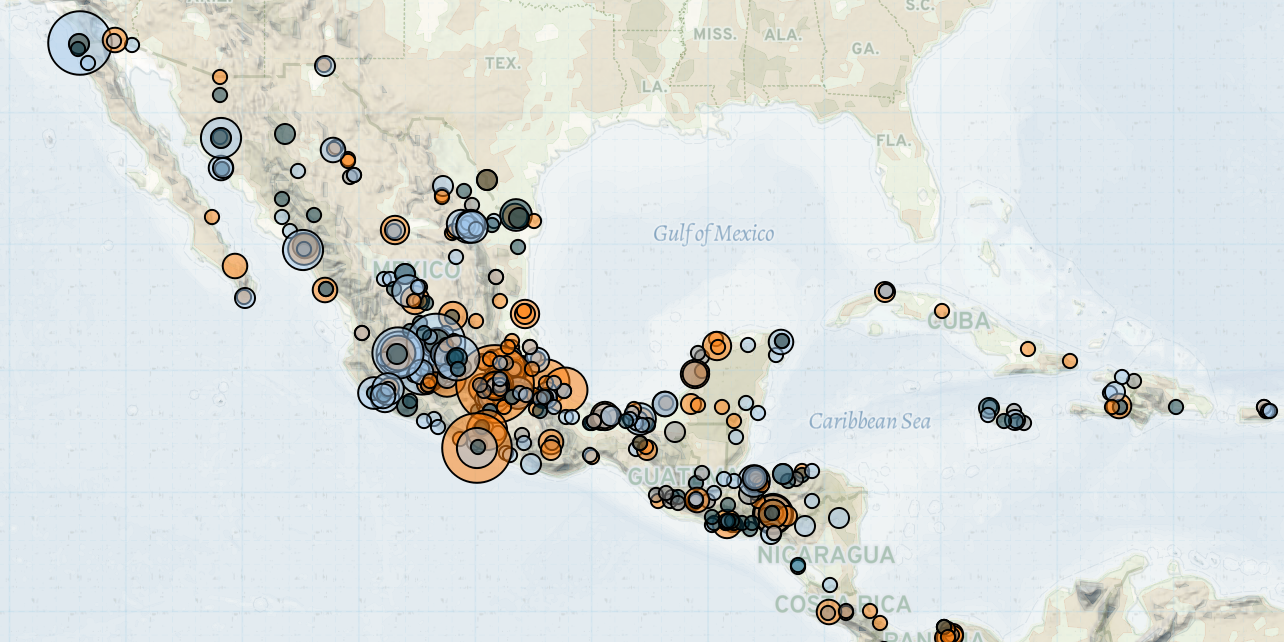 Gang violence continued steadily across Central America and the Caribbean last week, while violence targeting civilians increased after remaining low through the beginning of April. Demonstrations over the spread of coronavirus and insufficient government responses continued across the region. In several countries, police attacked civilians while enforcing coronavirus-related restrictions.

The perception that governments have taken inadequate measures to prevent the spread of the virus sparked protests in Cuba, Puerto Rico, and El Salvador. In Honduras, Mexico, and Panama, workers from a variety of sectors demanded financial and food support to compensate for the economic fall-out from coronavirus-related restrictions. In Mexico, health workers called for additional protective equipment and supplies to treat coronavirus patients. Protests were also reported in prisons in both Panama and Mexico: in the former, prisoners called for the release of inmates with chronic diseases, while in the latter, prisoners demonstrated over the limitation of family visits.

In several instances, police used violence to enforce coronavirus security measures. In Jamaica, police opened fire on a group of men who were violating the country’s curfew. Police officers in Cuba beat a man and left him unconscious after he resisted arrest for standing in the doorway of his house without a face mask. In El Salvador, a man was shot and injured by a police officer after refusing to pay a fine that the police demanded in exchange for not sending him to a containment center for violating the quarantine. The police officer claims the shooting was an accident and an investigation is ongoing (El Salvador.com, 13 April 2020). At a health checkpoint in Mexico, a member of community police shot at a family in a car for not wearing protective masks.

Multiple events involving violence targeting health workers were recorded in Mexico. In Jalisco state, a group of people threw chlorine at a doctor over fears that she could infect them with coronavirus. Elsewhere, in two separate incidents, groups of people attacked an ambulance carrying a coronavirus patient as well as the house of a health worker.

Meanwhile, in the state of Michoacán, the turf war between the Jalisco New Generation Cartel (CJNG) and Los Viagras continued. Eleven people were arrested following clashes between the two groups and military forces in the municipality of Aguililla, where several confrontations were reported since March. Since the decline of the Knights Templar cartel, multiple gangs have fought for control of Michoacán state, which is viewed as a strategic point of entry for imported foreign goods (Insight Crime, 28 November 2017). For more on the impact of the coronavirus on violence involving Mexican cartels, especially as a result of the impact on disrupted access to resources, see this recent spotlight piece from ACLED’s COVID-19 Disorder Tracker (CDT).

Marking the second anniversary of the 2018 protests in Nicaragua, a high police presence was reported around the homes of opposition leaders and key protest sites. In 2018, nationwide protests against President Daniel Ortega and his social security reforms were violently repressed, leading to more than 300 fatalities (OHCHR, 2019). Additionally, the father of a journalist who supports the opposition and a leader of a peasant movement were both attacked by supporters of the president last week.