Regional Overview: Central America and the Caribbean
26 April – 2 May 2020 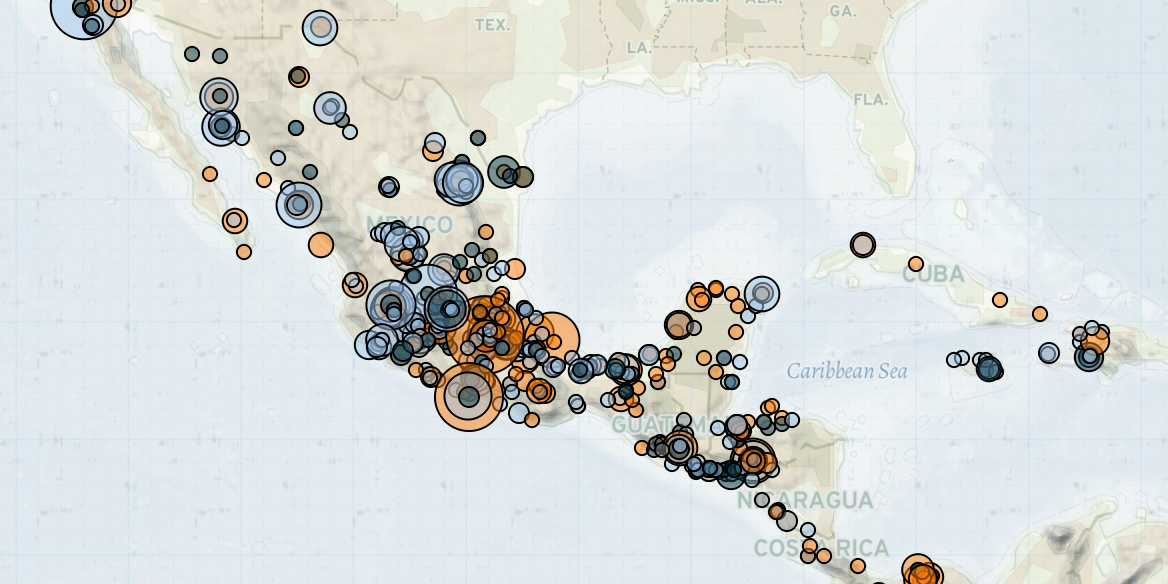 Battles and violence targeting civilians remain high across Central America and the Caribbean. Demonstrations increased last week amidst coronavirus lockdowns, with demands centered on the provision of state subsidies and the resumption of work. Unrest fueled by healthcare and economic concerns led to clashes with state authorities enforcing coronavirus restrictions.

Nearly 80% of all demonstrations recorded in the region last week were directly related to the pandemic. In Costa Rica, Guatemala, Haiti, Honduras, Mexico, and Panama, demonstrators called for the provision of food and financial support during coronavirus lockdowns. Groups of workers protested to resume their business activities, including truck drivers in Costa Rica, taxi drivers in Honduras, and workers from the tourism industry in Mexico. Health workers also demonstrated in Mexico over the lack of protective equipment and training to treat coronavirus patients.

In Mexico, the management of coronavirus treatment facilities has fueled tensions: relatives of patients demonstrating against the lack of transparency over treatment conditions broke into a hospital and attacked nurses and doctors, injuring four. Attacks targeting health workers over fears of coronavirus transmission were reported in the states of Jalisco, Michoacán, and Nuevo Leon, while members of a community in Oaxaca detained two individuals who tried to bypass a sanitary cordon. In Haiti, paramedics and emergency workers vandalized a coronavirus facility as they protested over the delayed payment of their salaries.

General defiance of coronavirus lockdown policies and demonstrations violating social distancing measures led to clashes with security forces across the region. In Guatemala, merchants beat a policewoman when she asked businesses to close. In Jamaica, a man shot a security guard following a discussion over social distancing. In Haiti, a group of people clashed with police officers who tried to violently disperse a crowd in Jeremie. In Mexico, several riots and attacks against police enforcing coronavirus prevention measures were reported in Oaxaca, Michoacán, and Puebla.

Authorities have also continued to use force to impose lockdowns. In Cuba, a disabled man was beaten for wearing his coronavirus face mask improperly, while in Antigua and Barbuda, another man was beaten by police forces for violating the curfew. In Mexico, police shot at indigenous demonstrators who were protesting against movement restrictions placed on their community. In Panama, the police used teargas to disperse a protest over poor medical attention in a penitentiary center.

In Mexico, multiple gangs continued to hand out care packages to communities dealing with the pandemic as part of a strategy to expand their support base among local populations and emphasize their control over certain territories. The Jalisco New Generation Cartel (CJNG) delivered food boxes mainly in the Jalisco state but also in Baja California, Colima, Mexico, and San Luis Potosi. Similar activities were conducted by the Gente Nueva gang in Chihuahua, the Gulf Cartel in Tamaulipas, El Senoron in Morelos, Gupo Sombra in Veracruz, and Los Zetas in Veracruz. Criminal groups have also enforced a parallel coronavirus curfew by conducting street patrols, installing checkpoints, and threatening reprisal for violators. The number of confrontations between gangs and with state forces remained high last week, culminating in a deadly clash between the CJNG and Los Viagras in Aguililla municipality in Michoacan that resulted in 21 reported fatalities. In the state of Veracruz, three attacks against police stations were registered following the arrest of a member of the CNJG.

In Haiti, fear of a deadly gang raid in Village Dieu increased after a former police officer implicated in rights abuses threatened to “clean up” the area (Human Rights Watch, 28 April 2020). Further clashes between the Baz Pilat, Gand-Ravine, and Baz 5 Secondes gangs were reported.

In El Salvador, a large-scale operation led to the arrest of over a hundred gang members accused of extortion as part of a state crackdown. Last week, the president of El Salvador authorized security personnel to use lethal force for self-defense or “defense of El Salvadoran citizens.” He further ordered that imprisoned members of rival gang factions be held in the same cells, raising the risk of both violence and the spread of the coronavirus. This takes place against a backdrop of rising homicide rates. While some experts believe that gangs might be delivering a message to the government through the spike in violence, others suggest that the surge in gang activity is linked to coronavirus lockdown measures, which are putting a strain on the ability of gangs to engage in extortion, which is their primary source of income (Insight Crime, 30 April 2020).