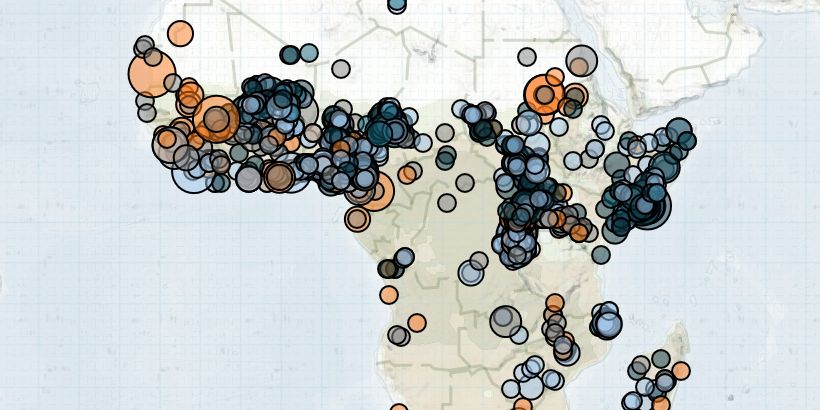 Last week in Africa, demonstration activity rose to its highest levels since mid-March amid an easing of coronavirus restrictions in some countries; escalating inter-jihadi conflict in the Sahel became further entrenched; and overtures of peace were made in one of the most violent insurgencies in the Democratic Republic of Congo.

Demonstrations in Tunisia rose to pre-coronavirus levels as the government began the first phase of easing restrictions. The demonstrations, largely organized by labor groups, centered on demands for greater government assistance during the pandemic.

Demonstration activity was multifaceted in Mali. Unrest over the contested results of recent legislative elections merged with ongoing opposition to the imposition of a nightly curfew to mitigate the spread of coronavirus. Violence was reported in the Bamako and Sikasso regions, where demonstrators vandalized police stations and authorities reportedly used live rounds to disperse protesters. Following sustained demonstration activity, the administration lifted the nightly curfew on Saturday (VOA, 11 May 2020).

Meanwhile, escalating  intra-jihadi fighting in Mali and Burkina Faso entered a new phase last week. The Islamic State in the Greater Sahara (ISGS) took an unprecedented step in formally acknowledging and publishing reports on ongoing clashes with its Al Qaeda-affiliated counterpart, Jama’at Nusrat al-Islam wal-Muslimin (JNIM) (BBC, 11 May 2020). Neither side had previously acknowledged the violence. ISGS also accused JNIM of having a tacit agreement with French and regional African forces, exerting pressure on oil supply lines and ISGS civilian sympathisers to coincide with military operations targeting ISGS forces (BBC, 11 May 2020). Tensions between the jihadi groups have been high since early April, when massive clashes between JNIM and ISGS forces at multiple locations were reported in the Mopti region.

In Libya, the Government of National Accord (GNA) launched an intense campaign on the Al Watiya airbase in An Nuqat Al Khams. Although Libyan National Army (LNA) forces were able to repulse an attack early in the week, GNA forces continued to exert pressure on the strategic position with sustained airstrikes. Al Watiya airbase is an important base of LNA operations and a launching point for airstrikes on the capital, Tripoli (France 24, 14 April 2020). Meanwhile, sustained shelling by LNA forces resulted in a number of civilian deaths in Tripoli, drawing condemnation from the United Nations Support Mission in Libya (UNSMIL) (UNSMIL, 8 May 2020).

In Somalia, non-AMISOM Ethiopian forces were allegedly responsible for the shooting down of an African Express flight carrying humanitarian supplies in the town of Bardale. Military sources suggested that the soldiers shot down the plane over fears that it might bomb the soldiers who were stationed at the airport (VOA, 12 May 2020).

In the Democratic Republic of Congo (DRC), Congolese military forces (FARDC) captured a key Cooperative for Development of Congo (CODECO) stronghold in the Djugu territory of Ituri. The successful operation came after a new CODECO leader called for the FARDC to negotiate a ceasefire to allow peace talks with the government. He announced that CODECO would cease operations against civilians and the FARDC, without providing a specific timeframe for their demobilization (Reuters, 4 May 2020). Although overtures by CODECO are an important development, the security situation in Ituri will remain complex and fragile. This was highlighted last week by a Patriotic and Integrationist Force of Congo (FPIC) attack on a FARDC camp in Irumu territory. FPIC is the most recently formed group in the region, having only become active this year.