Regional Overview: Central America and the Caribbean
3-9 May 2020 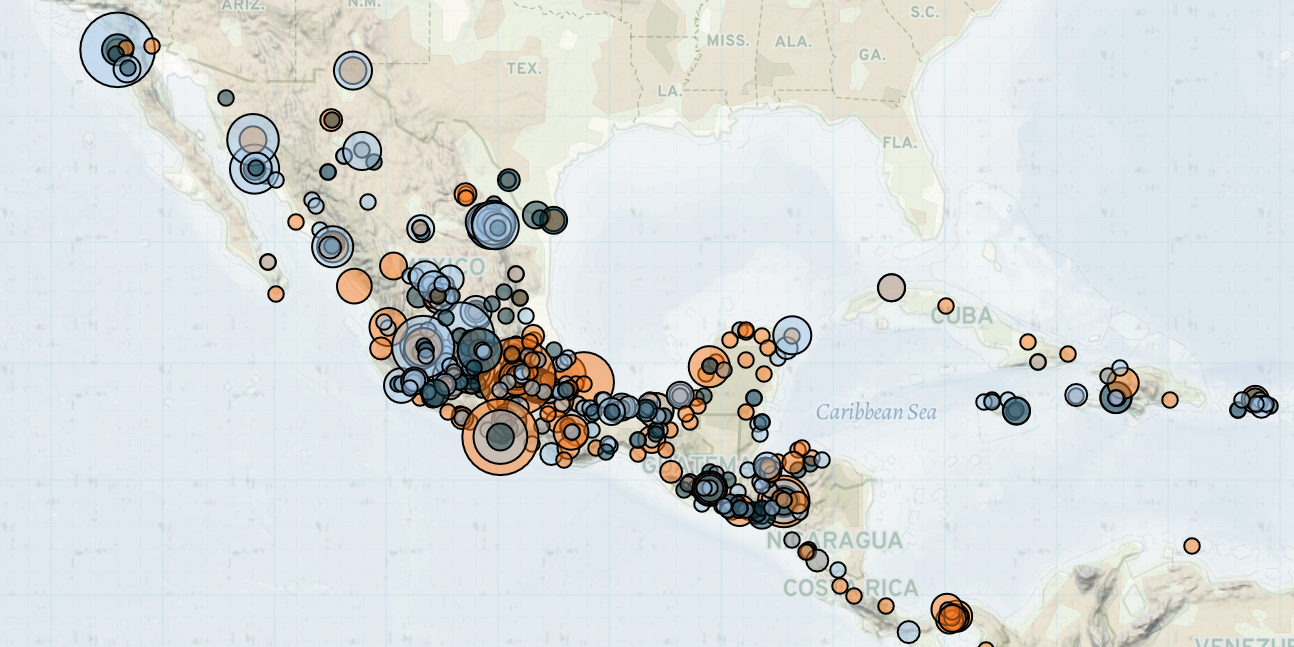 In Central America and the Caribbean, battles and violence targeting civilians continued at similar levels to weeks prior. The coronavirus pandemic remains the main driver for demonstration activity across the region.

Health workers continued to protest for greater protection against the coronavirus and improved working conditions in Mexico. In Honduras, Mexico, and Panama, workers continued to call for authorities to allow them to work or to provide financial aid. In Mexico, the difference between essential and non-essential businesses provoked discontent among some labor groups, with protesters demanding that restrictions on businesses be applied equally. In Honduras, some demonstrators tried to prevent the burial of coronavirus victims. In El Salvador, people detained within mandatory quarantine centers established by the government held two protests raising concerns over overcrowding, missing protection measures, and a lack of clarity as to when they will be released.

Social unrest stemming from coronavirus fears again led to violence in Mexico last week. In Mexico state, residents attacked police officers and accused them of putting a village at risk of infection. Despite a regulation threatening punishment for perpetrators of violence against health workers, attacks continued. In Coahuila state, three women who worked as nurses and administrative staff for a hospital were found dead in their house. In Tabasco state, a nurse was killed in a drive-by shooting. Mistrust towards health workers led residents in Honduras to attack several medical professionals with stones, preventing them from conducting tests in the area.

Despite curfews, cartel violence continued across Mexico. In Michoacán state, a clash between rival groups left at least six people dead, while in Jalisco state 10 people were killed in a series of related attacks. In Ciudad Victoria of Tamaulipas state, eight people were reportedly killed in an attack perpetrated by a criminal group at a store, days after the publication of threatening messages signed by El Cartel de Noreste and Los Zetas. As in other states during previous weeks, Jalisco New Generation Cartel (CJNG) distributed pantry items to a Nahua indigenous community in Michoacán state, as part of a strategy to expand their support base among local populations. Criminal groups and community police are engaged in an ongoing territorial struggle in the area (El Proceso, 05 May 2020).

In Jamaica, the murders of two children in Kingston and the subsequent arrest of a suspected gang leader led to outrage and unrest in the city. During protests, one police officer was struck in the head with a rock and had to be hospitalized.