Regional Overview: Central America and the Caribbean
10-16 May 2020 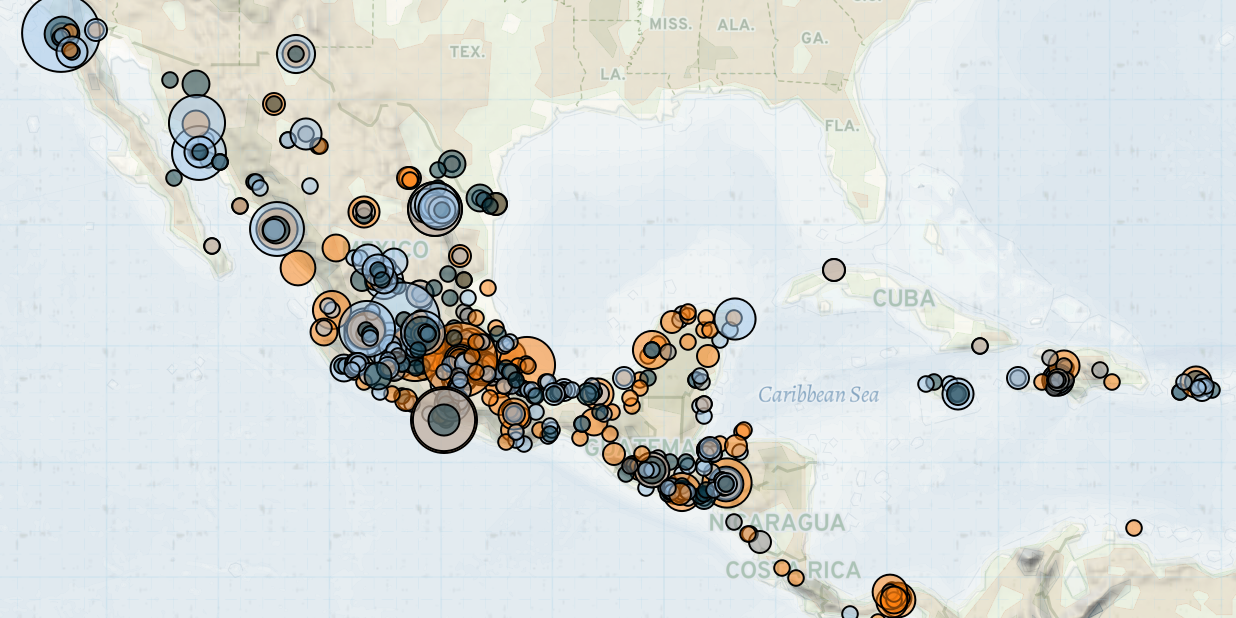 The number of demonstrations remained relatively unchanged in Central America and the Caribbean as coronavirus-related restrictions continue to disrupt daily activities. The number of battles remained high, while violence targeting civilians slightly decreased after a spike in mid-April.

Workers from different sectors protested to call for the lifting of work restrictions implemented during the pandemic. In Honduras, transportation workers staged several demonstrations across the country. In Guatemala, truck drivers protested to be allowed to deliver agricultural products despite the coronavirus lockdown. In El Salvador, strict lockdown measures sparked pot-banging and horn-honking protests across the country amidst growing fears that the government is becoming more authoritarian, after the president dismissed several Supreme Court rulings (Human Rights Watch, 17 April 2020). In Mexico, Panama, and Trinidad and Tobago, residents, and labor groups called for economic support during the coronavirus crisis and asked to resume their professional activities. In Mexico, blockades were reported in four municipalities of Michoacán to prevent an alleged fumigation campaign against dengue fever for fear that it might spread the coronavirus. Though according to some reports, misinformation had been circulated on social networks and no such campaign actually existed.

Elsewhere in Mexico, rejection of coronavirus prevention measures generated unrest. Nearly 30 inmates were injured in two prison riots in Colima and Mexico state following the suspension of family visits. In Mexico and Sinaloa state, police officers were attacked as they enforced the prohibition of gatherings and sports events. Furthermore, health workers continued to face violence and discrimination due to the popular perception that they are potential sources of infection. In Michoacán, residents blocked several roads for two consecutive days demanding the relocation of security officers and health workers. In Hidalgo, a group of residents protested against the presence of health workers in nearby hotels. In San Luis Potosi state, two families attacked health personnel who were in charge of contract tracing to stop coronavirus transmission.

Meanwhile, clashes involving gangs remained high last week. In Veracruz state, the police exchanged fire with members of the Jalisco New Generation Cartel (CJNG) as they were delivering pantry goods to support populations affected by the coronavirus crisis. Against the backdrop of sustained gang violence, the government enacted a decree expanding the role of the military in public security affairs, a move that raises concern among civil society groups who fear that the measure lacks proper mechanisms to restrict military authority (Animal Politico, 12 May 2020).

Although violence against civilians has declined slightly around the region compared to levels recorded last month, activists and journalists remain particularly vulnerable to attacks. In Mexico, the environmental activist Eugui Martinez was shot dead in Oaxaca. This is at least the fourth attack against environmental activists in Mexico in 2020. Environmentalists are routinely targeted by the government, company personnel, and paramilitary or armed groups for opposing the implementation of large-scale infrastructure projects (CEMDA, March 2020). In Sonora state, a journalist and owner of the newspaper El Tiempo was shot and killed. In Haiti, the office of the human rights organization National Human Rights Defense Network (RNDDH) was the target of multiple shootings. The RNDDH previously denounced acts of intimidation allegedly perpetrated by the Anti-Corruption Unit (ULCC) after the organization testified in December 2019 on the human rights situation in Haiti before the United States House of Representatives (Frontline Defenders, 14 May 2020).