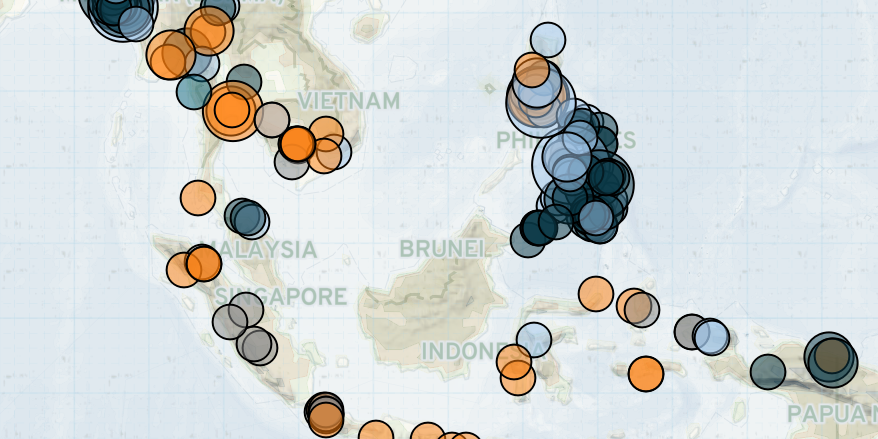 In Southeast Asia, key developments last week include: a clash in Myanmar in an area covered by the military’s recent unilateral ceasefire announcement; deadly fighting in the Philippines between state forces and communist rebels; and coronavirus related disorder in Indonesia, Thailand, and Cambodia.

The conflict between the military and United League of Arakan/Arakan Army (ULA/AA) continued in Myanmar last week. Civilians continue to be harmed by the ongoing violence (for more on information, see this recent ACLED report). In Buthidaung township, two Rohingya children were killed by a landmine likely leftover from previous fighting in the area. The recent unilateral ceasefire declared by the military does not cover the ULA/AA, as the group has been designated a “terrorist” organization.

Despite the ceasefire declaration, a clash between the military and the Palaung State Liberation Front/Ta’ang National Liberation Army (PSLF/TNLA) was reported in Mogoke township in the Mandalay region, an area supposedly covered by the ceasefire. The PSLF/TNLA and the ULA/AA are both members of the Brotherhood Alliance, which has declared its own unilateral ceasefire.

Clashes continued in the Philippines last week between state forces and the New People’s Army (NPA). The clashes were particularly deadly in Northern Mindanao, where more than four days of fighting resulted in 15 reported fatalities. The fighting comes as President Rodrigo Duterte announced a monetary bounty for information leading to the arrest of any NPA leaders (CNN Philippines, 12 May 2020).

Coronavirus related demonstrations were reported last week in Indonesia, Thailand, and Cambodia. In Indonesia, students protested over restrictions on travel during Eid al-Fitr due to the pandemic. In Thailand, workers in Bangkok and Chiang Mai protested over unpaid wages which employers claimed were a result of the economic downturn caused by the coronavirus. In Cambodia, garment workers likewise protested over unpaid wages. While unpaid wages have been a motivating factor in such protests in Cambodia prior to the outbreak, the pandemic has further exacerbated the issue.