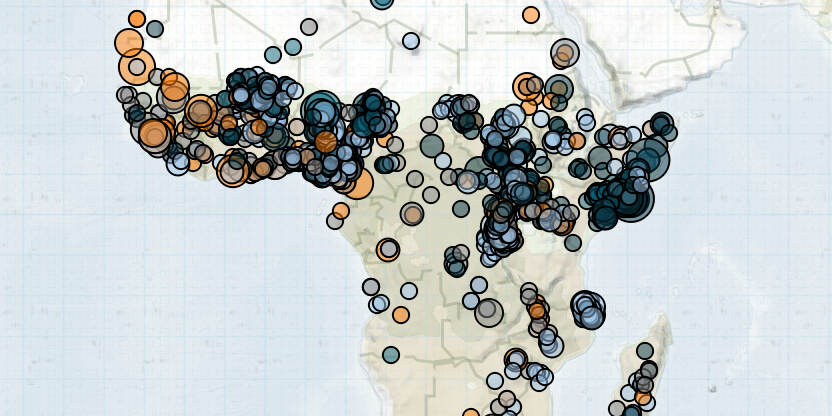 During the previous fortnight in Africa, the Government of National Accord (GNA) made key gains in the west of Libya, further frustrating the Libyan National Army’s (LNA) Tripoli offensive; the Allied Defence Force (ADF) consolidated recent moves outside their traditional area of operation in the Democratic Republic of Congo’s northeast; and Al Shabaab assassinated a governor in Somalia’s Puntland for the second time in the last two months.

In the Democratic Republic of Congo, Congolese military forces (FARDC) staged successful operations against Cooperative for Development of Congo (CODECO) militants in the north of Ituri. The FARDC regained control of a number of villages in Djugu territory. Meanwhile, ADF militants consolidated recent moves into the south of Ituri province, establishing a base at Kamambou in Irumu territory. The base underlines a concerted push by the group into Ituri province. ADF militants staged several attacks on civilian populations in Irumu territory throughout the fortnight, including simultaneous attacks on the villages of Samboko and Tikamaibo, which left dozens dead. The ADF also remains active in its traditional area of operations in North Kivu’s Beni territory.

In Libya, GNA forces took control of the strategic Al Watiyah airbase near the border with Tunisia. The capture comes after nearly two months of operations to seize the airbase and follows recent GNA gains in the west of the country. The GNA also regained control of a number of suburbs in the capital of Tripoli, in a further sign of the LNA’s diminishing successes in their year-long offensive on the Libyan capital. Meanwhile, Islamic State (IS) militants launched attacks on LNA forces in Murzuq district and Tamanhint in neighboring Sebha district. Despite once controlling the strategic city of Sirte, IS Libya has had an operationally unimportant presence in recent times.

Finally, a recent upswing in demonstration activity continued in Tunisia. During the past two weeks, ACLED records the greatest number of demonstration events in Tunisia since early April 2019, when fuel hikes prompted nationwide protests. Demonstrations coalesced around a number of labor-related issues, including demands for the reversal of a government decision to halt public sector recruitment amid the coronavirus outbreak.