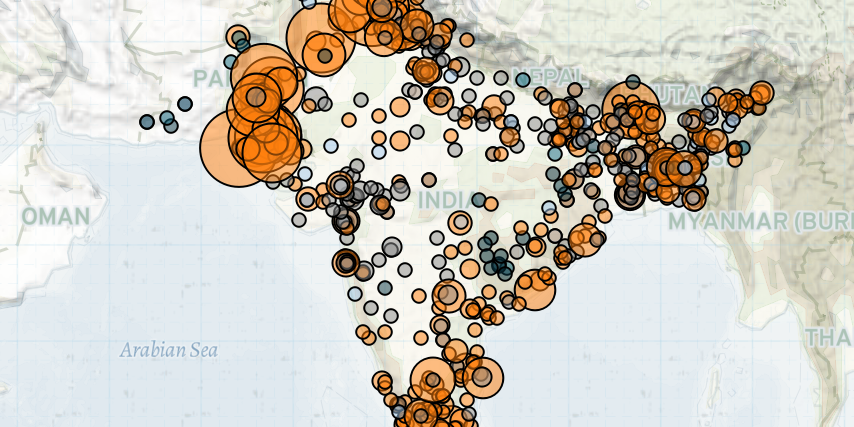 In Pakistan, the recent resurgence of violence by armed Baloch ethnic groups continued during the past two weeks. In Balochistan province, six military personnel were killed and at least four others were wounded in a roadside bombing. The United Baloch Army (UBA) claimed responsibility for the attack (Gandhara, 19 May 2020). The UBA is a Baloch Liberation Army (BLA) splinter group and is among several other armed Baloch groups battling the state to establish an independent Balochistan (Diplomat, 24 June 2015). In Khyber Pakhtunkhwa province, at least three people were killed in an attack by suspected Tehreek-i-Taliban Pakistan (TTP) militants.

Over the past two weeks, violent demonstrations and mob violence over coronavirus-related lockdown restrictions were reported in Bangladesh, India, and Nepal. In Bangladesh, readymade garment factory workers clashed with police in Dhaka division demanding unpaid salaries, Eid bonuses, and reinstatement of jobs lost due to the coronavirus lockdown. In several states across India including Gujarat, Delhi, Uttar Pradesh, and Bihar, migrant workers continued violent demonstrations and clashed with security forces, demanding they be allowed to travel back to their home states. In Gujarat, around 200 migrant workers attacked police personnel after trains arranged to repatriate them were rescheduled by the local administration (Indian Express, 17 May 2020). In Bihar, hundreds of migrant workers vandalized office property, government vehicles, and attacked police personnel demanding that they be allowed to return home. In Bihar and Assam, people kept in coronavirus quarantine facilities vandalized the facilities and clashed with security personnel, alleging mismanagement by the authorities and demanding better facilities. In Nepal, locals attacked government representatives after authorities attempted to set up coronavirus quarantine facilities in local schools.

In Pakistan and India, frontline health workers battling coronavirus continue to be targeted with violence. In Pakistan, doctors and staff working at hospitals in Sindh, Punjab, and Khyber Pakhtunkhwa provinces were assaulted by relatives of patients who had died of coronavirus.  In India’s Gujarat state, locals attacked a nurse and prevented her from going to work, fearing that she would spread coronavirus. In Bihar state, quarantined migrant workers attacked a local village head and held a nurse hostage due to poor conditions at the quarantine center. Similar incidents were reported in several states including Uttar Pradesh, Karnataka, Maharashtra, and Gujarat.

Elsewhere in India, violent demonstrations were reported in several districts of West Bengal affected by Cyclone Amphan. Residents of Kolkata, Howrah, and North 24 Parganas districts set up roadblocks on expressways and clashed with security personnel demanding immediate restoration of water and power supply in the wake of the cyclone.