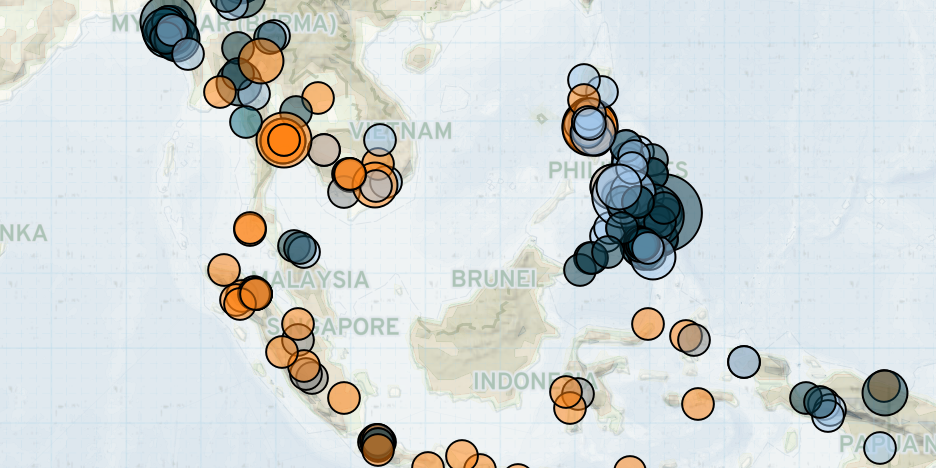 In Southeast Asia, key developments over the past two weeks include: clashes in Rakhine and Shan states in Myanmar; ongoing fighting between state forces and communist, as well as Islamist, rebels in the Philippines; separatist violence against civilians in Indonesia; and coronavirus-related demonstrations in the region amid the financial fallout from the pandemic.

In Myanmar, the unilateral ceasefires declared by both the military and the Brotherhood Alliance have failed. Clashes were reported between the military and two groups in the Brotherhood Alliance, the United League of Arakan/Arakan Army (ULA/AA) and the Palaung State Liberation Front/Ta’ang National Liberation Army (PSLF/TNLA). In Rakhine state, the ULA/AA attacked a border guard police station in Rathedaung township on 29 May, reportedly killing four guards and abducting several others. Meanwhile, on the same day, in Shan state, the PSLF/TNLA attacked a military convoy in Kutkai township (Irrawaddy, 29 May 2020).

Deadly clashes in the Philippines between state forces and the New People’s Army (NPA) continued over the past two weeks. As well, there was an uptick in clashes between state forces and the Bangsamoro Islamic Freedom Fighters (BIFF), an Islamist group operating in the Bangsamoro region. Meanwhile, violence against alleged drug suspects appears to be picking back up after a lull. Over the past two weeks, 18 drug suspects were killed in police raids.

Separatist violence against civilians was reported in Indonesia. Members of the West Papua National Liberation Army (TPNPB) attacked health workers carrying medicine for coronavirus patients in Papua, resulting in one reported fatality. Disorder in the region has been on the rise this year (The Interpreter, 20 May 2020).

A drug raid by state forces in Pattani led to a clash with a suspected separatist in Thailand’s deep south last week. Elsewhere in the country, protests were held to commemorate the anniversary of the military coup in 2014. One protest by students in Bangkok called for the defense budget to be cut rather than cutting government spending on relief efforts amid the coronavirus pandemic.

Demonstrations related to the coronavirus in the region concentrated largely on the financial impact of the pandemic. Several protests were reported in Indonesia by people calling for greater government assistance. In Cambodia, factory workers protested over unpaid wages while parents in Phnom Penh called for a reduction in tuition due to financial hardship resulting from the pandemic.