Regional Overview: Central America and the Caribbean
31 May – 6 June 2020 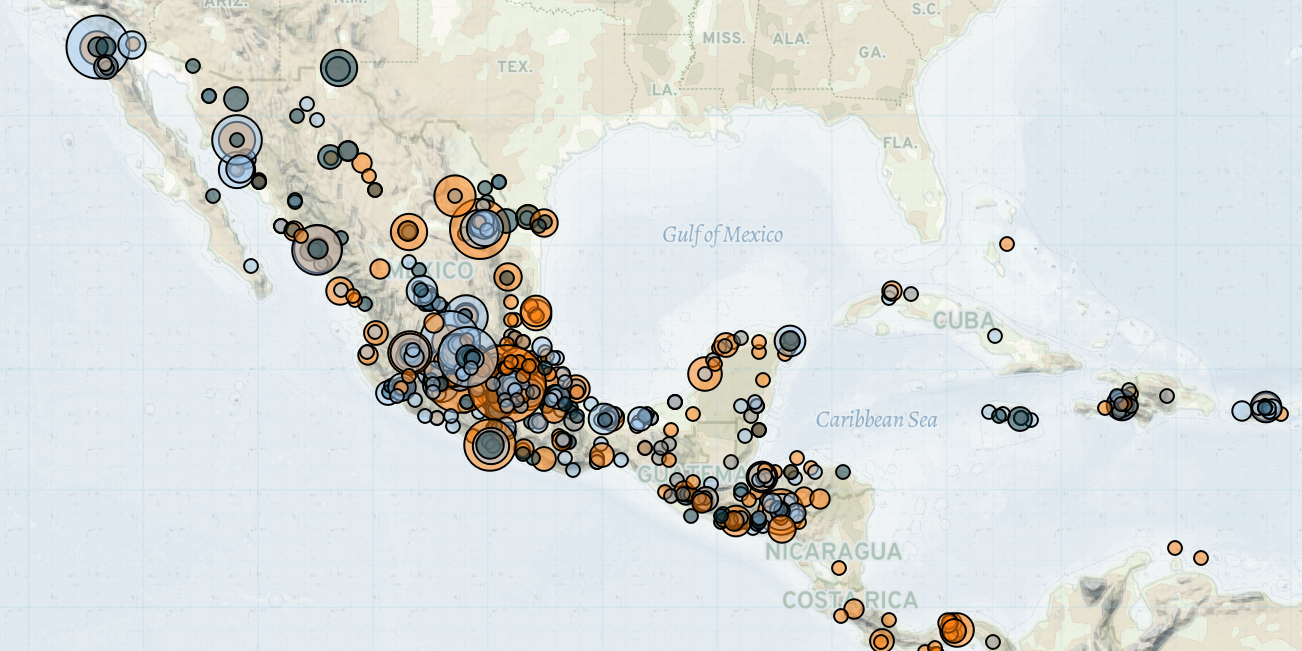 Last week battles and violence targeting civilians decreased in Central America and the Caribbean in comparison to the previous two weeks. However, turf wars between gangs continued in Mexico, leading to several lethal attacks. The coronavirus pandemic remains a key driver for demonstration activity, but the American Black Lives Matter movement also sparked demonstrations across the region.

While demonstrations directly-related to the coronavirus pandemic decreased in comparison to May, they still accounted for over 40% of all demonstrations reported last week. Workers continued to call for authorities to allow them to work or to provide financial aid, mainly in Mexico, but also in the Bahamas, Costa Rica, El Salvador, Honduras, and Panama. In Mexico, protests by health workers calling for better working conditions and proper protective equipment continued. However, fewer protests occurred relative to previous weeks, despite the rise in COVID-19 cases and deaths: the highest number of daily coronavirus infections occurred last week, with the total death toll rising above 13,000 (Government of Mexico, 5 June 2020).

Across the region, protests were held in solidarity with the Black Lives Matter movement following the death of George Floyd in the United States. In Barbados, Jamaica, and Trinidad and Tobago, protesters gathered in front of US embassies. Though the protesters in Barbados received permission to assemble, the police ultimately dispersed the demonstration after they claimed that the crowd grew too large and was in violation of coronavirus-related restrictions on social gatherings. Further protests were held in Martinique, Curaçao, and Puerto Rico. In Mexico, the cases of George Floyd and Giovanni Lopez, a Mexican man who died after being arrested and beaten by Jalisco Police, triggered demonstrations in Ciudad de Mexico, Guadalajara, and San Luis Potosi. In Guadalajara, Jalisco state, people demonstrated for three consecutive days. On the first day, participants damaged several public buildings and attacked a police officer, setting him and two police cars on fire. At least 26 people were arrested during the incident. In Ciudad de Mexico, demonstrators gathered outside the US embassy and the offices of the regional government of Jalisco state. At least 12 people were injured during clashes with the police.

Elsewhere in Mexico, violent competition between the Santa Rosa de Lima Cartel and Jalisco New Generation Cartel (CJNG) continued, resulting in a high number of fatalities in Guanajuato state. One CJNG attack in Celaya led to five reported fatalities and was meant as a threat to El Marro, the leader of the Santa Rosa de Lima Cartel. On the same day, members of the Santa Rosa de Lima Cartel killed six people inside a restaurant, leaving a threatening message for members of CJNG. In Irapuato, an armed group attacked a drug rehabilitation center, reportedly killing 10 people. Guanajuato – in particular Celaya – has been a stronghold of the Santa Rosa de Lima Cartel and its leader, El Marro, but the CJNG has been fighting to overtake the territory – triggering the brutal war (La Verdad, 8 June 2020). Fighting among cartels has risen in Mexico since the start of the coronavirus pandemic. High cartel fragmentation in the country has resulted in increased competition over drug infrastructure; the pandemic has further intensified this trend through its impact on disrupting markets and traffic routes, sparking competition over territory. For more on the impact of the health pandemic on cartel violence in Mexico, see this analysis piece on gang activity in Central America and this spotlight piece from ACLED’s COVID-19 Disorder Tracker.