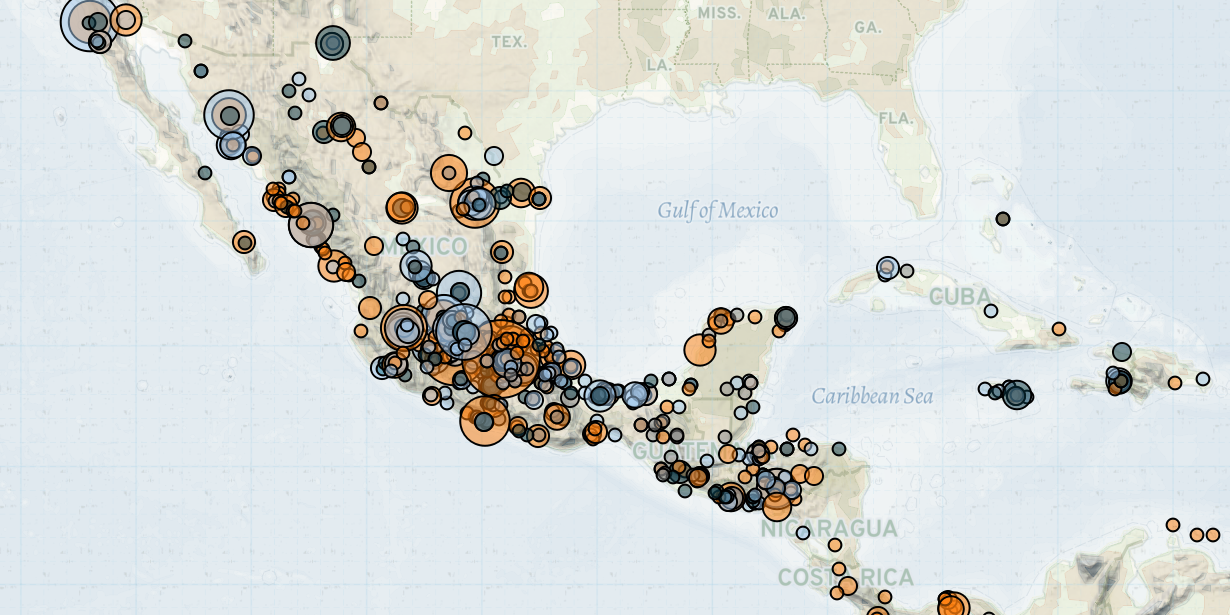 Last week, a significant number of demonstrations were reported across Central America and the Caribbean, despite a decrease in coronavirus-related mobilization. Solidarity protests with the US Black Lives Matter movement as well as demonstrations against police abuse took over the agenda, amidst rallies linked to other socioeconomic issues. The number of battles remained steady across the region, with continued turf wars between gangs in Mexico, while violence targeting civilians slightly declined compared to previous weeks.

Although the number of coronavirus-related demonstrations continued to decrease relative to previous months, nearly 30% of the demonstrations recorded last week were connected to the pandemic response. Health workers protested in Mexico calling for additional resources to deal with the crisis, while in El Salvador demonstrators urged Parliament to extend the Special Emergency Law, which set provisions for an integral health care plan during the pandemic, as well as to push for the gradual resumption of economic activities. Despite the growing number of cases registered each week in Central America and the Caribbean, labor groups in El Salvador, Honduras and Mexico have called for the resumption of business activities and the provision of economic support, especially for workers in the transportation sector. In Guatemala and El Salvador, protesters also called for the government to deliver food relief, while in Mexico the pandemic continues to trigger protests over insufficient access to water or health facilities.

Violent events related to the pandemic were recorded in Port-au-Prince, Haiti, where a coronavirus treatment center was set on fire. In Mexico, a group of people burned a hospital and several vehicles in rejection of a disinfection campaign announced in Villa las Rosas, Chiapas, perceived by some as a way of spreading the virus.

Last week, protests in solidarity with the American Black Lives Matter movement continued across the region and particularly in the Caribbean. In Haiti, Jamaica, Bonaire, Sint-Maarten, Saint Lucia, and Trinidad and Tobago, demonstrators gathered to denounce racism and police violence. In the Dominican Republic, police forces intervened to prevent a clash between Black Lives Matter protesters and nationalist counter-protesters in Santo Domingo. In Mexico, demonstrations against police abuse were recorded in the states of Baja California, Chihuahua, Guanajuato, Mexico, Puebla, Tamaulipas, and Veracruz. In Ciudad de Mexico and Xalapa, cases of looting and the destruction of public infrastructure were reported in the margin of these protests.

Elsewhere in Mexico, farmworkers called for the delivery of subsidized fertilizer promised by the President, culminating in a protest that gathered over 2,000 farmers across 13 municipalities in the state of Sinaloa (La Jornada, 9 June 2020).

Clashes arising from turf wars between criminal groups continued in several states of Mexico. Last week, members of the Gulf Cartel and Noreste Cartel clashed in Tamaulipas state, which is known as the traditional stronghold of the Gulf Cartel but is currently divided among splinter groups, such as the Northeast Cartel and Los Zetas (Insight Crime, 14 November 2017; Insight Crime, 11 June 2020). In Nuevo Leon state, six members of the Northeast Cartel were killed in an attack perpetrated by a rival group. In Michoacán state, the Jalisco New Generation Cartel (CJNG) launched an attack against a group of military and National Guard officers, killing two and leaving two injured. The group also demonstrated its control in the region by delivering food packages to families.

Despite the lowest number of media fatalities recorded in a month, journalists continue to face targeted attacks. In Mexico, a journalist was killed in Cajeme, Sonora state, less than a month after the killing of another journalist in the same municipality. In Haiti, two journalists were injured while covering a protest in Port-au-Prince organized by police officers and members of the Phantome 509 group.