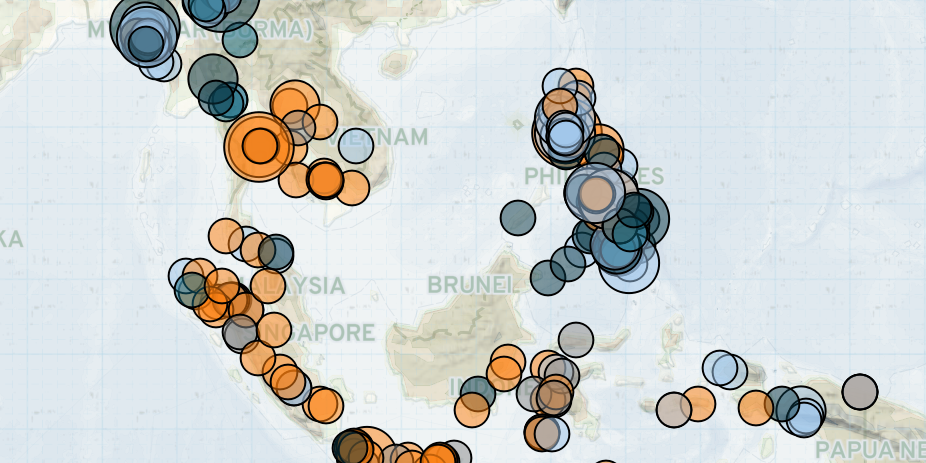 In Southeast Asia, key developments last week include: ongoing fighting in Myanmar; growing demonstrations over the anti-terrorism bill in the Philippines; increased protests in Thailand over the abduction of an exiled activist; demonstrations in Indonesia ahead of a verdict for detained Papuan activists; and coronavirus-related disorder in several countries.

In Myanmar, fighting continued between the military and the United League of Arakan/Arakan Army (ULA/AA) in Rakhine state. At least two civilians were killed in the conflict last week. The government has extended an invitation to the Northern Alliance, of which the ULA/AA is part, to meet towards the end of the month (RFA, 12 June 2020). The invitation comes as the military has recently clashed in northern Shan state with a leading group in the alliance, the Kachin Independence Organization/Kachin Independence Army (KIO/KIA).

Violence against alleged drug suspects in the Philippines continued last week. Notably, a police anti-drug operation led to seven deaths in a single raid. The deaths come as Maria Ressa, a well-known journalist, was found guilty of “cyber libel” for a story concerning Duterte’s “War on Drugs.” Ressa’s critical coverage of drug violence for the news outlet Rappler has made her a target of the Duterte administration (CNN, 15 June 2020). Meanwhile, a new anti-terrorism bill sparked several protests, with activists raising concerns that the legislation could be used to target them. Many of the demonstrations took place last week on 12 June, Philippines Independence Day.

Demonstrations continued for a second week in Thailand over the abduction of an exiled Thai political activist in Cambodia. The activist had been critical of the government and fled the country after the military coup in 2014 (Al Jazeera, 11 June 2020). Many of the demonstrations were led by university students.

A student-led demonstration was also reported in Indonesia last week in anticipation of the sentencing of seven Papuan activists charged with treason for their involvement in demonstrations last year. Treason laws have been commonly used to suppress the work of Papuan activists (ABC News, 12 June 2020). Many Papuans have recently found inspiration from the Black Lives Matter movement in the United States, adopting the slogan of Papuan Lives Matter in their ongoing efforts against discrimination and mistreatment by state forces (Reuters, 16 June 2020).

Finally, coronavirus-related disorder was reported in Myanmar, Indonesia, Cambodia, and the Philippines last week. Entertainment workers in Cambodia protested, calling for the same government support given to other labor groups in the wake of the pandemic. Teachers in the Philippines demonstrated over plans to hold classes online in the coming school year. Amid several demonstrations in Indonesia, there were two incidents where mobs seized the bodies of coronavirus victims for burial. Lastly, in Myanmar, a protest was held in Rakhine state after news spread that returnees from Bangladesh had tested positive for coronavirus.