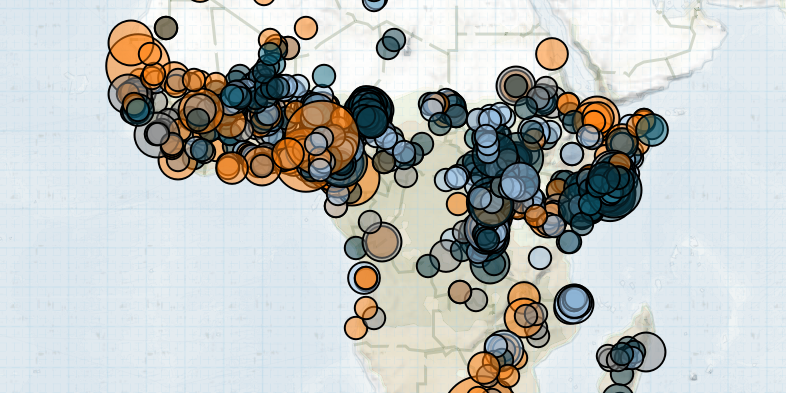 Last week in Africa, state forces clashed with separatists in the Casamance region of Senegal and the Anglophone regions of Cameroon, while large-scale intercommunal violence continued in the Pibor region of South Sudan.

Ongoing communal tensions flared in the Pibor region of South Sudan. Bor Dinka fighters clashed with Murle fighters in the areas surrounding Kozchar, Manyabol, and Gumuruk. A large number of fatalities were reported during the fighting. Suspected Murle fighters also carried out attacks on civilian populations in Bor South county.

In the Democratic Republic of Congo, the Allied Democratic Forces (ADF) continue to consolidate territory around the border region between Ituri and North Kivu, carrying out numerous operations in Beni territory. Further reports suggest that the ADF established new bases near Eringeti. Meanwhile, the Union for the Congolese Nation (UNC) staged a series of protests in North and South Kivu, demanding the release of their leader and chief of staff to the president, Vital Kamerhe, who was being tried for his role in the embezzlement of public funds. The judge presiding over this case was killed in May. On 20 June, Kamarhe was found guilty and sentenced to 20 years in prison (France 24, 20 June 2020).

In Senegal, Movement of Democratic Forces of Casamance (MFDC) fighters clashed with state forces in the Niaguis arrondissement. The clashes followed the earlier explosion of a landmine in the area, which resulted in the deaths of two Senegalese soldiers. The Senegalese military were carrying out security operations as part of plans to repatriate people who fled the region at the height of the Casamance secessionist conflict in the 1990s (Le Quotidien, 16 June 2020). The violence comes despite the largely dormant nature of the secessionist conflict in recent years, and follows an MFDC statement in April that signaled an intention to reduce military operations in response to the COVID-19 pandemic (Centre for Humanitarian Dialogue, 17 April 2020).

In Nigeria, state forces launched a large-scale attack on ‘bandits’ in the state of Sokoto amid heightened levels of militia activity in the northwest. The operation came on the same day that the Shekau faction of Boko Haram released a video appealing to fighters in the northwest and north-central areas of the country to align with them (HumAngle, 16 June 2020). Elsewhere, in Borno state, the military conducted a series of operations against Boko Haram, including airstrikes targeting camps in the Sambisa Forest.

Across the border in Niger, Boko Haram militants staged abduction raids in the Diffa Region. During an attempted raid in Toumour, the Nigerien army engaged with militants, killing several. Boko Haram militants also launched multiple attacks on civilian populations in the Far North of Cameroon.

In the Anglophone regions of Cameroon, state forces carried out operations targeting both civilian populations and Ambazonian separatists in Bui, Donga-Mantung, and Mezam in the North West, as well as Fako, Kupe-Manenguba, and Manyu in the South West. In Mezam, state forces overran a separatist camp in Bali town, killing more than a dozen fighters.

A full weekly report on the ongoing conflict in Mozambique can be found at the Cabo Ligado project.