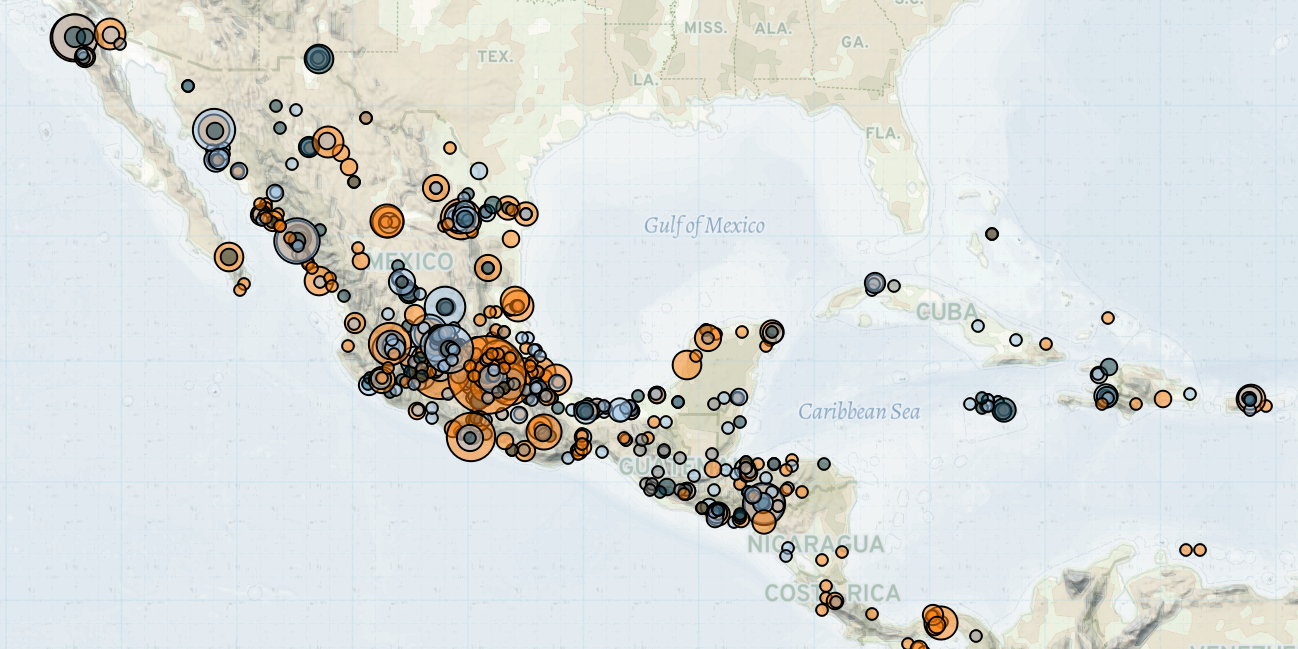 In Central America and the Caribbean, demonstrations remained high last week. In addition to demonstrations calling for the provision of state subsidies and the resumption of business activity, anti-government protests took place in Mexico and health workers protested for better working conditions around the region. Violence targeting civilians increased in the Northern Triangle in comparison to weeks prior, while turf wars between gangs led to several lethal attacks in Mexico.

Coronavirus-related demonstrations continued last week, particularly with labor protests calling for the reopening of stores and financial support. In Mexico, Honduras, Guatemala, and El Salvador, workers from a variety of sectors took to the streets calling for financial support and permission to work. In Mexico’s Morelos state, approximately 1,000 street vendors and merchants demanded to reopen their business and to be treated in the same way as large commercial chains that are operating normally. In Panama and El Salvador, residents continued to call for economic support during the coronavirus crisis. In Honduras and Mexico, protests by health workers calling for better working conditions and proper protective equipment also continued. In the French overseas departments of Guadeloupe and Martinique, health workers joined the nationwide strike in France and protested for the revaluation of wages and better working conditions.

The rejection of coronavirus prevention measures generated unrest in Guatemala, where marketers in Quiché department rioted against a police operation to close the market due to the lack of sanitary conditions. In the San Marcos department, residents destroyed the facilities of the Ministry of Public Health and Social Assistance demanding the resignation of the mayor and claiming that municipal authorities have not provided economic support to deal with the impact of the lockdown.

In Cuba, more than a hundred residents of Havana protested against food shortages and long lines to buy basic goods.

In Costa Rica, protesters gathered to denounce racism in solidarity with the American Black Lives Matter movement. Across Mexico, protests denouncing cases of police violence continued. In Oaxaca, a group of rioters vandalized buildings of the Benito Juarez University of Oaxaca and looted stores after a peaceful march against police violence.

Elsewhere in Mexico, supporters of the ‘National Front against AMLO’ (FRENA) organized a second wave of vehicle caravans in at least 17 cities, rejecting the administration of President Andres Manuel Lopez Obrador and demanding his resignation. Farmworkers continued to protest to call for subsidies and agreements to fix the prices that will be paid for their harvests.

The Santa Rosa de Lima Cartel, which has been defending Guanajuato state against the Jalisco New Generation Cartel (CJNG), dumped the dismembered bodies of two alleged CJNG members last week. The arrest of 26 members of the Santa Rosa de Lima Cartel – including the mother, sister, and a cousin of the cartel’s leader – triggered a wave of violence in different parts of the state, with reports of roadblocks and the burning of vehicles. In Sonora state, a clash between rival cartels led to 12 reported fatalities and several burnt vehicles and houses.

Across the region, fatalities stemming from violence targeting civilians remained high last week, with several attacks against public figures. In Mexico’s Oaxaca state, a journalist was shot and injured in a drive-by incident, while in Cancun, Quintana Roo a journalist was shot dead. In Colima state, a federal judge, who was part of the judicial process against the son of the CJNG’s leader, was shot dead along with his wife. In Haiti, the deputy-chief of the capital city’s court of first instance was shot dead in his car. In Gonaives, in the Artibonite department, a well-known and influential anti-government activist was shot dead by unknown attackers. News of the death sparked two days of rioting during which demonstrators erected barriers of burning tires to block access to the city’s commercial center.

Elsewhere in Haiti, the municipal government of Cap-Haïtien started demolishing houses in the Shada 2 neighborhood where last week gang violence claimed numerous lives, including that of a police officer. The operation was intended to root out the Ajavit Gang, which the government holds responsible for the violence. Thirty people were arrested for alleged connections to this gang during the operation.