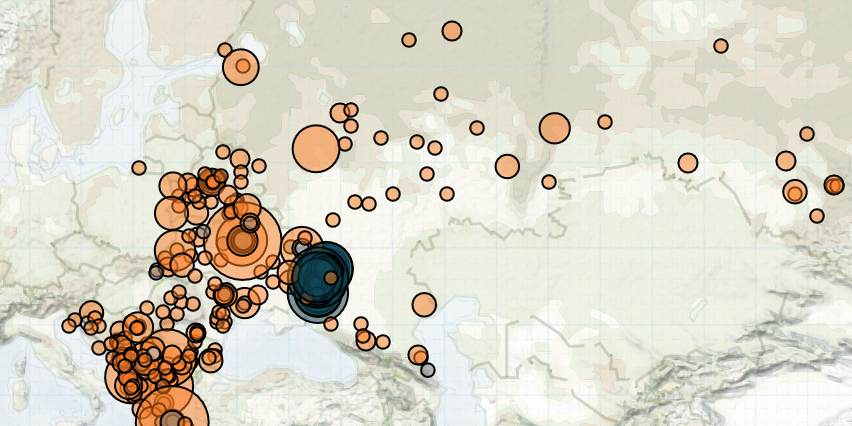 Protest activity remained at previous low levels or declined more so across Eastern Europe, other than in Russia. Notable developments include protests against proposed changes to the constitution in Russia, which is currently subject to a national referendum and continued protests against political oppression in Belarus ahead of the 9 August elections.

In Russia and Belarus, protest activity due to key national votes continued. In Russia, protesters demonstrated against proposed constitutional amendments, that are currently being voted on in a national referendum, which would reset President Putin’s terms in office to zero, potentially allowing him to stay in power until 2036. Protesters demonstrated in support of activists and public figures facing what many perceive as politically motivated oppression. In Belarus, protest activity declined slightly. Hundreds protested in several cities and towns against the repression of opposition candidates and activists ahead of the elections. Government crackdowns led to the arrest of 360 activists and protesters between 19 and 21 June.

Protests due to civil concerns continued in Albania, Moldova, Greece, and Bulgaria. In Albania, public transport employees protested in Tirana, Fier, and Vlore, asking for partial resumption of public transport and financial assistance due to the economic fallout of the coronavirus pandemic. In Moldova, opposition activists and MPs protested in Chisinau demanding the prosecution of President Dodon and oligarch Plahotniuc for corruption. In Greece, hundreds of anarchists marched over the government-led clearing of an anarchist-occupied building in Exarchia. In Bulgaria, thousands protested in Sofia against amendments to the Biodiversity Act, which could harm protective zones and allow commercial construction in natural parks. Protests also took place in ten other cities and towns against over-construction of the seaside.

Political tension in the Balkans continued this week. In Montenegro, the arrest of pro-Serbian politicians sparked protests. In Serbia, parliamentary elections were held on Sunday, 21 June. The ruling Serbian Progressive Party (SNS) swept over 60% of the vote. Most of the opposition boycotted the election due to what they claim are unfair conditions. Watchdogs have warned about numerous irregularities surrounding the vote (N1, 22 June 2020).  In Kosovo, President Thaci and former Parliament Speaker Veseli were charged with war crimes which include murder and torture (Balkan Insight, 24 June 2020). Due to these charges, Thaci canceled his trip to Washington, DC where he was due to resume talks with Serbian President Vucic.

In Ukraine, fighting between Ukrainian government forces and Russian-led separatists continued at similar levels compared to the weeks prior, with 59 armed clashes and 136 shelling incidents resulting in three reported fatalities in the Donbas region.