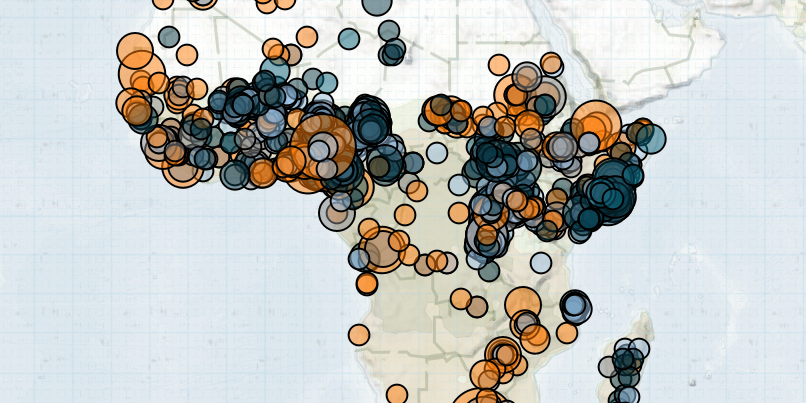 Last week in Africa, violence erupted across Ethiopia’s Oromia region in response to the murder of a prominent Oromo musician; nationwide demonstrations were held in Sudan amid popular discontent with stalling reforms; and intercommunal violence continued in South Sudan.

In Ethiopia, violence erupted in Addis Ababa and across the Oromia region in response to the murder of prominent Oromo musician Hachalu Hundessa. Amid extensive rioting, the violence also took on a communal element, as members of the Qeerroo youth movement targeted local residents from the Amhara ethnic community. Rioting was also reported in Harar, Dire Dawa and Benishangul-Gumuz. A former political prisoner, Hundessa’s music has become a prominent expression of Oromo political identity and regularly featured in the Oromo protest movements (BBC, 2 July 2020). More than a hundred people have been killed during the violence to date.

During nationwide demonstrations in Sudan, demonstrators demanded greater popular sovereignty and a quickening of government reforms. One demonstrator was killed in Omdurman, as the use of live ammunition was reported during police interventions in Greater Khartoum and the town of Kebkabiya in North Darfur. Meanwhile, demonstrators launched a sit-in protest against ongoing insecurity at Nertiti in Central Darfur. Demonstrators, including a large number of internally displaced people, demanded the dismissal of the local Rapid Support Forces commander and the disarming of militias in the area.

In South Sudan, there were significant outbreaks of intercommunal violence in the Pibor area, as well as the Twic East, Duk and Bor South in Jonglei state. In Duk county, suspected Murle raiders attacked cattle camps close to Duk Padiet town prompting a clash with local armed youth which resulted in dozens of deaths. A large number of fatalities were also reported during violence in the Gumuruk area of Pibor county, supposedly targeting Murle civilian populations. An unknown number of people were displaced. Further intercommunal violence was also reported in Warrap and Lakes states.

Across the border in the Democratic Republic of Congo, South Sudanese soldiers launched attacks on civilian populations in the Aru territory of Ituri province, leaving one civilian dead. In a raid on the village of Karagba in Kakwa chiefdom, several women were reportedly raped and a large number of houses burnt down. The violence is the latest in a series of cross-border raids by South Sudanese soldiers beginning in May, prompting the deployment of Congolese military (FARDC) reinforcements during the week (RFI, 4 July 2020). Further south, in the Babelebe chiefdom of Ituri, Cooperative for Development of Congo (CODECO) militiamen killed dozens of civilians during a raid which also prompted the displacement of the local population.

Jama’at Nusrat al-Islam wal-Muslimin (JNIM) and Islamic State militants clashed in Mali’s Gao region and the neighboring Sahel region in Burkina Faso. JNIM militants also clashed with Volunteer for Defense of Homeland (VDP) militiamen, as well as local Dozo and Dogon ethnic militias during attacks on villages in the Boucle du Mouhoun, North and Sahel regions of Burkina Faso, and the Mopti region in Mali. Meanwhile, VDP fighters, supported by Burkinabe soldiers and gendarmes, reportedly killed a large number of Fulani and Bellah civilians during an attack in the Sahel region’s Oudalan province. The attack was in retaliation for an earlier militant attack on VDP fighters.