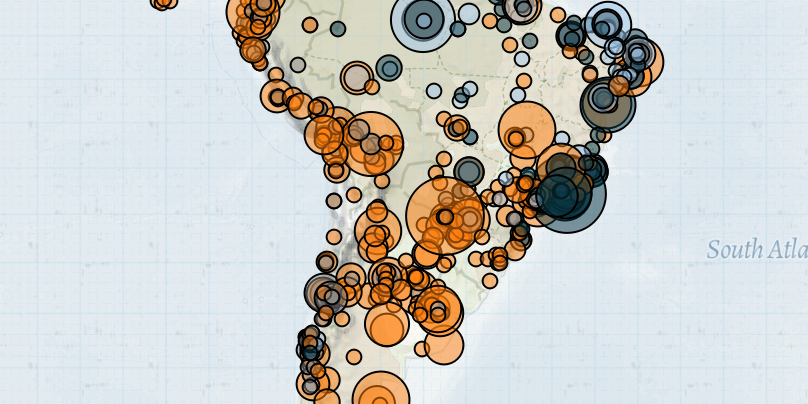 Last week in South America, key developments include: increased demonstrations over coronavirus-related issues across the region; violent state repression in Colombia; as well as continued armed clashes between state forces and criminal groups in Brazil.

The number of pandemic-related demonstration events slightly increased in the region last week. In Chile, demonstration events over the government’s handling of the pandemic increased, with citizens taking to the streets to demand the reopening of the economy. Clashes were reported between demonstrators and police forces, and, in Melipilla area, one demonstrator was shot dead. In Bolivia, over 5,000 teachers demanded the resignation of the Education Minister and the annulment of a decree regulating distance-learning amidst the pandemic (Jornada, 3 July 2020). They claim that the measures are unsuitable in dealing with connectivity issues in rural areas. Teachers also demanded free internet access and the reinstatement of education workers dismissed during the pandemic. In Peru, workers protested for the second consecutive week to demand the reopening of the economy and for financial assistance. Similar protests were also recorded in Argentina, Ecuador, Colombia, and Paraguay, with labor groups asking either to return to work or for financial support. In Venezuela, demonstrations continued as citizens demanded the distribution of potable water, fuel, and electric power.

In Colombia, violent events continue to take place across the country as state forces suppressed demonstrations. In Bogotá, police forces killed a man after clashing with a group of at least 10 individuals who were ignoring quarantine measures (Blu Radio, 3 July 2020). In Cali, police forces shot at a group of students staging a sit-in protest to demand zero university fees. Meanwhile, one former member of the Revolutionary Armed Forces of Colombia (FARC) was killed by unidentified individuals in Narino department.

In Brazil, thousands of food app delivery drivers took to the streets to protest in a nationwide call for better working conditions. Workers claim that, while their services remain in high demand during the pandemic, they have been facing decreasing earnings, long working hours, and an unfair ranking system (Reuters, 1 July 2020). Meanwhile, other labor groups and businessmen continue to protest for the return of economic activities. Local governments had to step back in their gradual reopening plan, following an increase in the number of reported coronavirus cases; this is likely to continue, especially with President Jair Bolsonaro himself testing positive on 7 July (G1, 7 July 2020).

The number of clashes between armed groups and state forces remained steady in Brazil, while organized criminal groups continue to dispute territories across the country. In Bahia state, at least 15 people were killed in separate events, most of them as a result of clashes between Military Police forces and members of drug trafficking groups. Clashes between the Red Command (CV) and the Third Pure Command (TCP) continued to take place for the second consecutive week in the North Zone of Rio de Janeiro city, resulting in a total of four reported fatalities.

The number of attacks on civilians perpetrated by drug trafficking groups and police militias increased compared to the previous week, with a total of 35 reported events across the country. In Mato Grosso do Sul state, a woman was abducted, raped, and beheaded by First Capital Command (PCC) members. In São Paulo state, two men shot at least 15 times at individuals who were around a bonfire, resulting in four reported fatalities. In Rio de Janeiro city, shooters opened fire in a traditional celebration of St. John’s Feast Day, killing at least five people, including a 10-year-old girl.