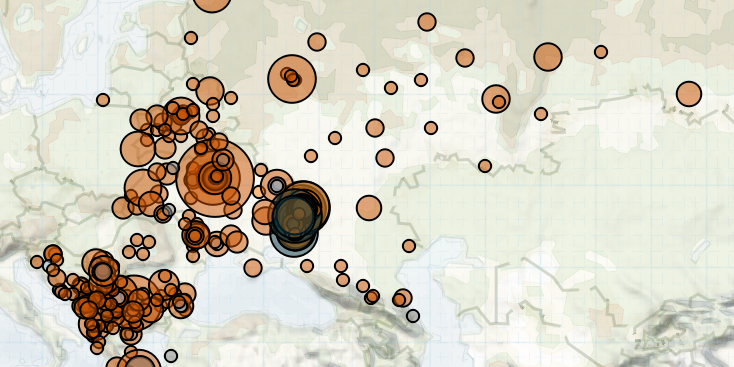 In Eastern Europe and Russia, key developments last week include: demonstrations against the arrest of prominent journalists and political figures in Russia and large anti-government demonstrations related to corruption and coronavirus in Bulgaria and Serbia.

Anti-government demonstrations took place in Bulgaria, Belarus, and Greece last week. In Bulgaria, thousands protested for three days in Sofia, demanding the resignation of Prime Minister Borisov and Chief Prosecutor Geshev, accusing them of corruption and links to criminal groups (Intellinews,  11 July). The demonstrations turned violent on Friday, as rioters clashed with police and government supporters. In Belarus, around eight cycling demonstrations took place in Minsk and Vitebsk in solidarity with health workers and political prisoners; police made few arrests. In Greece, 10,000 people demonstrated in Athens – hundreds of whom engaged in violence – demanding the withdrawal of a bill to regulate demonstrations being voted on in parliament(Ekathimerini, 10-07-2020).

Meanwhile, coronavirus-linked demonstrations took place in Serbia and Cyprus. In Serbia, thousands protested in several cities after the government announced it was re-imposing lockdown measures to fight the coronavirus (euronews, 7 July 2020). This comes weeks after Serbia had dropped all measures in order to hold elections. Some demonstrations turned violent and were met with a harsh response from the police who used tear gas, dogs, and mounted police to disperse them. In Cyprus, Greek Cypriots in Tylliria blocked Turkish military forces from accessing a road in protest over the latest Turkish Republic of Northern Cyprus administration coronavirus rules. Meanwhile, Turkish Cypriot health workers protested over the lack of staff and equipment.

In Russia, demonstration activity continued to be dominated by protests against the recently passed constitutional amendments and the political persecution of activists and journalists. On 7 and 9 July, authorities arrested both a former journalist on charges of treason and a popular governor of the Khabarovsk Krai oblast on charges of murder. These arrests resulted in numerous demonstrations in solidarity with those detained — who many perceive as being the victims of political oppression — with a large protest of 35,000 people taking place in Khabarovsk (RFE/RL, 11 July 2020).

In Ukraine, fighting between Ukrainian government forces and Russian-led separatist forces continued at similar levels to weeks prior in the Donbas region, with 54 armed clashes and 96 shelling incidents resulting in two reported fatalities.