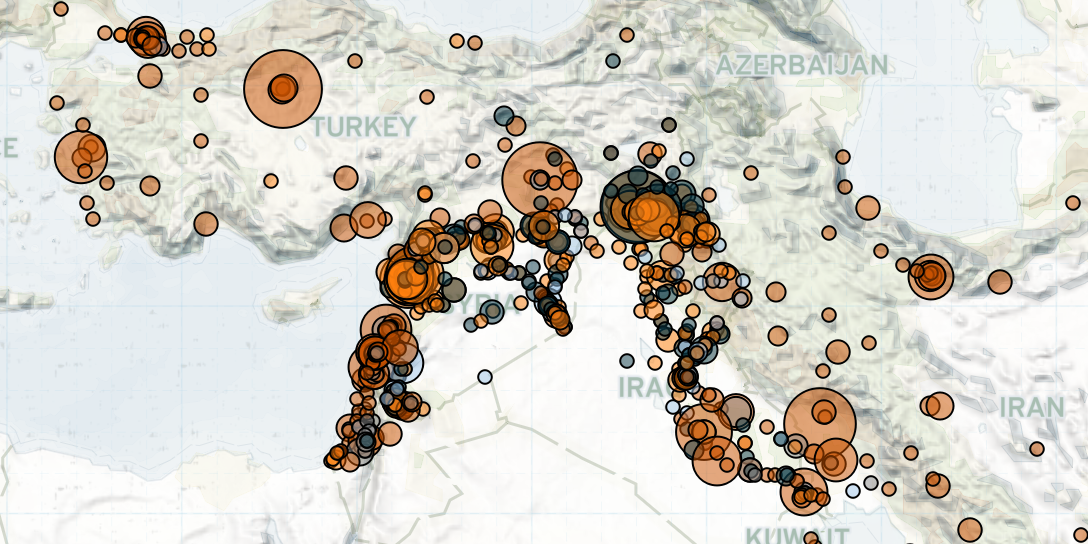 In Yemen, the amount of clashes increased relative to past weeks as anti-Houthi and Houthi forces conducted offensives in Al Hodeidah, Marib, Ad Dali, and Taizz governorates. However, the increased violence did not result in major shifts to frontlines as territorial gains by both forces fell short of their strategic objectives. The Saudi-led coalition maintained its elevated campaign of airstrikes during the reporting period, targeting mostly active frontlines in addition to strikes in Hajjah, Sadah, and Sanaa governorates. Furthermore, minor skirmishes were reported between pro-Hadi and pro-Southern Transitional Council forces in Abyan governorate, though no fatalities were reported.

The Saudi-led coalition intercepted and destroyed two unmanned boats laden with explosives a few miles south of As Salif port on Yemen’s western coast (Al Jazeera, 9 July 2020). Additionally, for the second week, the Islamic State (IS) claimed an operation in Al Bayda governorate against Houthi forces.

Meanwhile, in Syria, clashes in the Greater Idleb area continued between regime and allied forces on one hand and opposition and Islamist factions on the other, coinciding with the exchange of shelling barrages across frontline areas and beyond. Elsewhere, IS carried out several new attacks on regime and Syrian Democratic Forces (QSD) positions and forces in eastern and central Syria. In northeast Syria, two airstrikes launched by unidentified drones targeted areas held by Turkish and proxy forces of Operation Peace Spring, with no fatalities reported.

In Iraq, demonstration events increased, primarily due to a decreased supply of electricity. These demonstrations have been building momentum over the past couple of weeks. Last week, an increased number of violent riots were reported against increased electricity blackouts.

Rocket attacks by Iranian-backed militias targeting US facilities continued in Baghdad, with one attack against the Green Zone claimed by Usbat Al Thaireen (Kurdistan24, 5 July 2020). The rocket attack was the first test of the newly installed American anti-missile defense system at the US embassy in the Green Zone. The system intercepted the rocket attack. One child was reportedly injured after rocket fragments fell on a civilian home (Middle East Eye, 5 July 2020). These attacks, which first started back in October 2019, continue to stoke US-Iran tensions, which could lead to more heated clashes if the US decides to respond with an attack — as it did in January with the killing of Qassim Soleimani.

Also last week, renowned Iraqi historian and analyst Hisham Al Hashimi was killed by unidentified men near his home in Baghdad. He was previously threatened by IS and Iranian-backed militias for his criticism of both (BBC, 7 July 2020). Meanwhile, the Turkish campaign in northern Iraq continued last week, albeit with decreased levels of activity.

No major developments occurred related to the on-going operations against the Kurdistan Workers’ Party (PKK) in Iraqi Kurdistan. However, two civilians went missing in the Judi mountain area in southeastern Turkey. The PKK reported that the missing persons were killed by their members for allegedly ‘collaborating’ with the Turkish Army and for reporting the location of PKK militants in the area (Rudaw, 9 July 2020).

Finally, thousands of followers from the Sufi Muslim Qadiriyya sect pushed their way through the Bashmakh border crossing from Iran into Iraq in order to attend a funeral for the group’s leader despite coronavirus related security measures (VOA, 10 July 2020).  Iranian forces opened fire to disperse the crowd, reportedly killing four people (Kurdistan24, 9 July 2020).