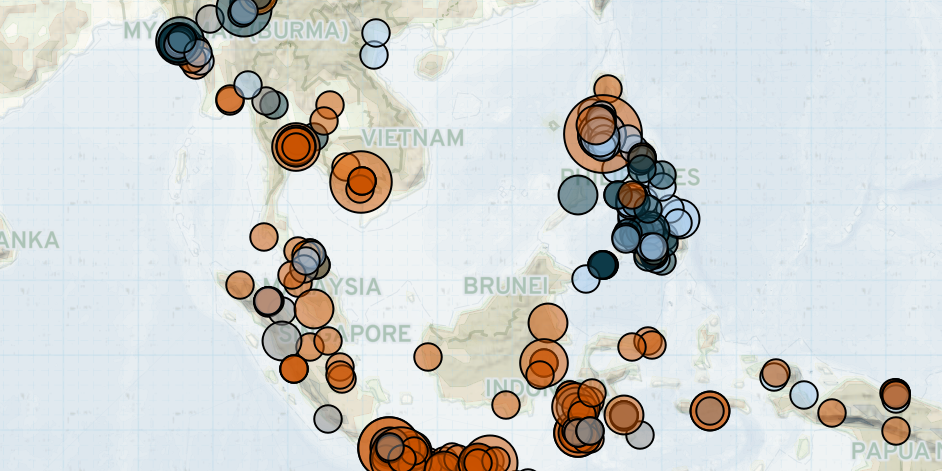 Last week in Southeast Asia, key developments include: the displacement of civilians due to ongoing fighting in Myanmar; clashes between communist rebels and state forces, and continued drug-related violence, in the Philippines; continued demonstrations over government actions in the Philippines, Indonesia, and Cambodia; and the resurgence of anti-government demonstrations in Thailand.

Following a week of relatively little fighting in Myanmar, last week, state forces clashed with ethnic armed groups almost every day, causing civilians to flee their villages in Rakhine and Shan state. In Rathedaung Township, Rakhine state, thousands of villagers fled as the military clashed with the United League of Arakan/Arakan Army (ULA/AA) over three consecutive days. These developments follow a 23 June order by the military to evacuate Rathedaung Township for “clearance operations” against the ULA/AA. While the order was revoked shortly after, thousands have since fled the area amid ongoing fighting (Myanmar Now, 3 July 2020). Likewise, following fighting between state forces and the Restoration Council of Shan State/Shan State Army-South (RCSS/SSA-S) in northern Shan state, hundreds fled their villages.

Meanwhile, in the Philippines, the communist New People’s Army (NPA) continued to clash with state forces. No fighting was reported between Islamist groups and state forces last week after reports of deadly clashes the week prior. Additionally, there was an uptick in police violence against alleged drug suspects. Last week alone, at least nine drug suspects were killed during police raids. These developments come as the Anti-Terrorism Act, which primarily targets communist and Islamist rebel groups, came into force on 18 July. Notwithstanding the lack of implementing rules and regulations for the law and multiple petitions refuting its constitutionality, authorities have announced that they are prepared to implement the law in the face of “major terrorist threats” (Philstar, 20 July 2020).

Demonstrations were reported throughout the region last week, with protests reported in the Philippines, Indonesia, Cambodia, and Thailand. In the Philippines, demonstrations against the congressional denial of a new franchise for ABS-CBN were reported last week. The protests continued as the media network announced that it will lay off workers at the end of August (ABS-CBN, 15 July 2020). Protests against the Pancasila Ideology Guidelines bill (HIP) continued in Indonesia for the fifth consecutive week alongside sustained opposition to the omnibus bill on job creation. Both bills have received widespread backlash from the public. The government has since introduced a new bill on Pancasila Ideology Education and postponed deliberations of the HIP in an effort to ease tensions (Jakarta Post, 16 July 2020).

In Cambodia, family members of detained Cambodian National Rescue Party (CNRP) activists protested to demand the activists’ release. This is the fifth demonstration of its kind since mid-June. The activists were apprehended during the early stages of the coronavirus outbreak in the country for allegedly spreading “fake news” about the virus. Their detentions follow a spate of arrests of former CNRP members late last year. Human rights organizations have condemned the latest arrests as politically motivated (Human Rights Watch, 29 April 2020).

Finally, in Thailand, the brief detention of two student activists who protested against the government’s failure to quarantine an Egyptian military delegation in Rayong province sparked a major anti-government demonstration in Bangkok. The demonstration was the largest of its kind since the implementation of the Emergency Decree to contain the coronavirus pandemic on 26 March (Pattaya Mail, 25 March 2020). Student-led anti-government demonstrations that were gaining momentum earlier this year were brought to a halt with the rise of coronavirus cases and the enactment of the decree, which put a ban on public gatherings.