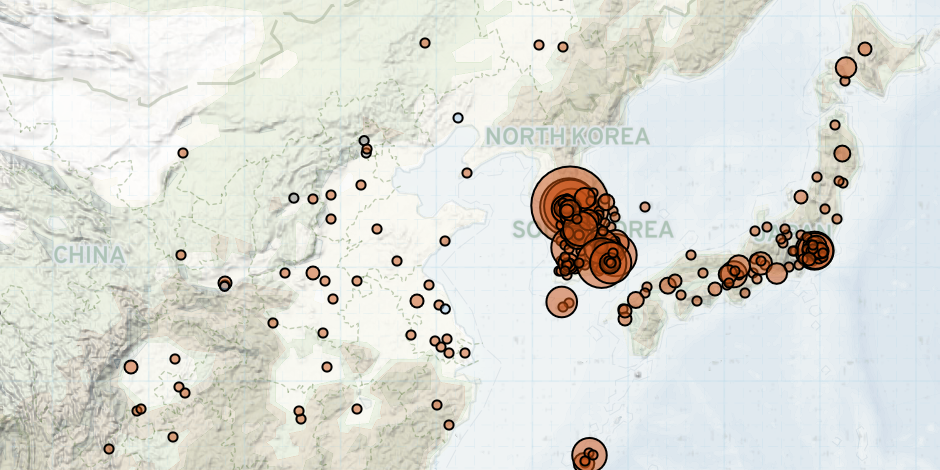 Last week in East Asia, the number of events increased slightly compared to the week before. In Hong Kong, citizens commemorated the 2019 Yuen Long attack. In mainland China, protests were triggered by consulate closures amid an ongoing diplomatic row with the US, and separately, police intervened in protests opposing illegal land appropriation. The North Korean government’s decision to close down Kaesong City followed the first acknowledgment of a potential coronavirus case allegedly imported by a returned defector. Meanwhile, mass demonstrations against constitutional revisions took place in Japan. There was a resumption of large-scale rallies in major cities in South Korea, and coronavirus-related demonstrations continued in Hong Kong, South Korea, and Japan.

In Hong Kong, large groups of citizens, politicians, and journalists defied coronavirus restrictions last week to demonstrate on the first anniversary of the 21st July Yuen Long station mob attacks, commemorating the attacks that first occurred during last year’s anti-extradition bill demonstrations. The demonstrations last week called for a robust investigation into the attacks of 21 July 2019, and the alleged collusion between the police and triads (which are organized crime syndicates in Greater China) (South China Morning Post, 22 July 2020). At the same time, pro-establishment groups continued to call for electoral fairness in response to the pro-democracy camp’s election primaries held two weekends ago. With the Legislative Council elections nomination period now underway, members of a concern group called for the election scheduled for November to be postponed amidst an intensifying coronavirus outbreak. Several protests last week were also sparked by the tit-for-tat American and Chinese consulate closures, as diplomatic relations between both sides continue to deteriorate.

In mainland China, more than 300 ethnic Mongolian herders staged a protest against illegal land appropriation in Chifeng, Inner Mongolia that was met with police intervention as police pushed demonstrators away from the entrance of the government building (Southern Mongolian Human Rights Information Center, 22 July 2020). The demonstration comes amidst the latest efforts to preserve two key aspects of the Mongolian identity: the rural pastoralist nomadic lifestyle, and the Mongolian language and written script. Last month, Chinese authorities announced that Mongolian elementary and middle schools across Tongliao Municipality – the largest Mongolian populated area in Inner Mongolia – must switch to Chinese as the language of instruction come September.

Meanwhile, in North Korea, the state media announced that the nation’s leader, Kim Jong Un, closed down Kaesong — a southern border city known for being the site of former joint North-South economic projects. This was done because a former defector — who allegedly crossed over to South Korea three years ago, and crossed the demilitarized zone (DMZ) back into North Korea last week — was suspected of having COVID-19. This is the first acknowledgment of a potential case of COVID-19 in North Korea. The extent to which the story is true is unclear. It has not been confirmed by South Korean officials that a defector crossed the DMZ, and it has not been verified that a potential outbreak in Kaesong was related to the arrival of this individual.

In Japan, a large-scale protest was reported in front of the Diet building in Tokyo over constitutional revisions to amend Article 9 (Constitution Cooperation Center, 19 July 2020). The article prevents Japan from resorting to war during international disputes. The protest call echoed around the country, as many other regional groups organized smaller local events in solidarity with the main event in Tokyo. The renewed opposition to constitutional change is likely a result of Prime Minister Abe’s stated goal of revising the constitution by 2020. The administration has also shifted its focus toward “first-strike capability” following the recent decision to not pursue land-based AEGIS missile defense technology. This perceived increased militarization of Japan is opposed by many citizens.

In South Korea, following months of smaller-scale protests due to coronavirus restrictions, large-scale rallies finally resumed in major cities as precautions related to the pandemic have begun to ease. Some reports suggest that the length of the ongoing pandemic may have also dulled alertness amongst people who have now become complacent (Dong-a Ilbo, 25 July 2020). Many of these new protests are attracting thousands of individuals — much larger than the smaller-scale protests that have been taking place over the past months (Dong-a Ilbo, 25 July 2020; Chosun Ilbo, 25 July 2020; Yonhap News, 25 July 2020). These protests have been around a variety of issues, ranging from demonstrations demanding the release of former President Park, who is currently serving a sentence after being found guilty of abuse of power, to demonstrations opposing the government’s new housing regulation policy.

Finally, coronavirus-related demonstrations continued in Hong Kong, South Korea, and Japan. With the number of new cases at record highs in Hong Kong, the number of coronavirus-related demonstration events also reached record numbers, as demonstrators called for the government to strengthen its relief subsidies, border control, and virus testing. In South Korea, the government announced a plan to increase the admission quota for medical schools to 4,000 more doctors over the next 10 years to strengthen the public health system following the pandemic (Reuters, 24 July 2020). Various organizations, including the Korea Medical Association and Citizens’ Coalition for Economic Justice, opposed the government’s new plan, calling for more comprehensive healthcare reform. Also, in South Korea, residents from Yongin and Busan continued to protest against the designation of quarantine facilities for people coming back from overseas. In Japan, protesters opposed the government’s “Go To” domestic tourism campaign and the plans to hold the Olympics next year, citing the worsening of the pandemic and the need for funds to be redirected to the pandemic response.