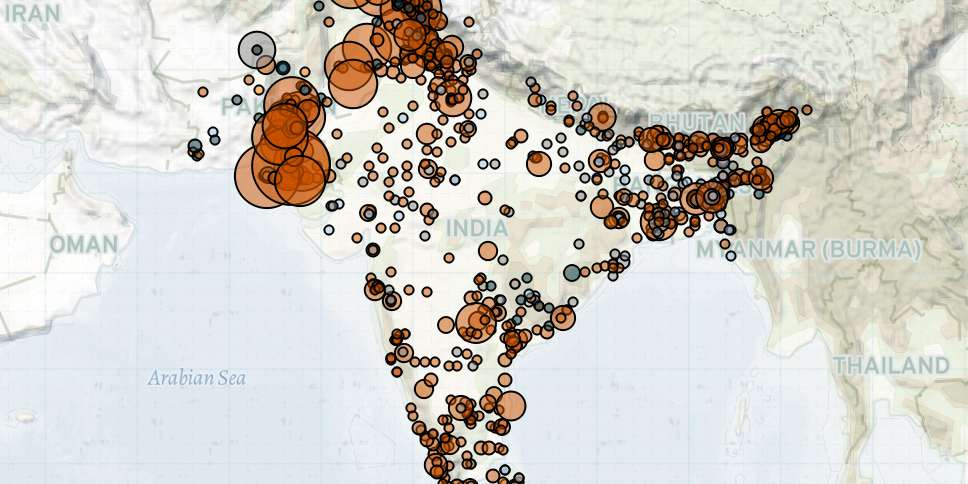 In Pakistan, five security personnel and two civilians were killed in an armed clash with unidentified militants in Diamir district of Gilgit-Baltistan province. The Tehreek-i-Taliban Pakistan (TTP) militant group is active in the area. In Khyber Pakhtunkhwa province, a security personnel was killed when unidentified militants opened fire from across the Afghanistan border at a security post in Bajaur district. A recent report published by the United Nations (UN) estimates that more than 6,000 Pakistani militants are present in Afghanistan (UN Security Council Report, 23 July 2020). Pakistani militants fled to Afghanistan following several operations by Pakistani security forces in the region along the Pakistan-Afghanistan border. These militants have regularly conducted attacks against Pakistani security forces. The UN report also identified TTP, its various splinter groups, and their alliance with the Islamic State (IS) as a major threat to Pakistan.

Meanwhile, in Punjab province, five Baloch Republican Army (BRA) militants were killed in an armed clash with security forces in Rajanpur district. While ethno-nationalist groups like the BRA are mainly active in Balochistan province, in the past they have carried out attacks in Punjab as well. In 2014, for example, four people were killed and 65 others injured when a bomb explosion claimed by the BRA derailed a passenger train in Rajanpur district. Baloch ethno-nationalist groups assert that Punjab has historically collaborated with the central government to exploit the resources of Balochistan (News International, 2 November 2014).

Elsewhere in Pakistan, three people were killed, and 20 others were injured, in clashes between security forces and demonstrators at the Pakistan-Afghanistan border crossing in Killa Abdullah district of Balochistan province. The demonstrators were demanding to be allowed to travel across the border to celebrate the Muslim festival of Eid al-Adha. Following the clashes, Pakistani and Afghan security forces exchanged gunfire across the border.

Additionally, in Khyber Pakhtunkhwa province, a Pakistani-American citizen, belonging to the minority Ahmadiyya Muslim community, was shot dead at a court in Peshawar city. The man was on trial for blasphemy after reportedly making claims that he was Islam’s prophet. The Ahmadiyya community is officially regarded as non-Muslim by the state of Pakistan. They are often persecuted for their beliefs which diverge from the mainstream (Gandhara, 1 August 2020).

In Bangladesh, five people, including four police personnel, were injured in an explosion at a police station in the capital city of Dhaka. IS militants claimed responsibility for the attack. In the past, IS militants have claimed responsibility for several attacks on security forces and civilians, while the Bangladesh government has consistently denied the presence of IS in the country (Al Jazeera, 30 July 2020).

In India, three security personnel were killed in an attack claimed by the People’s Liberation Army of Manipur (PLA), United Liberation Front of Asom-Independent (ULFA-I) and Naga People’s Front (NPF) in Chandel district of Manipur state. Several armed groups demanding separate statehood for Bodo people have disbanded following an agreement signed between the government and National Democratic Front of Bodoland (NDFB) in January. However, others, including ULFA-I, who were not a part of the agreement, continue to battle the security forces in the country’s northeast.

In Sri Lanka, violence was reported in the run up to next week’s parliamentary elections. An independent candidate running from the Nuwara Eliya District was assaulted by unidentified assailants in Central province. In Northern province, cadres of All Ceylon Makkal Congress (ACMC) clashed with cadres of Sri Lanka People’s Front (SLPP) during election rallies in Vavuniya district. The SLPP is the current ruling party, while the ACMC is part of an opposition election alliance, Samagi Jana Balavegaya (SJB), led by the Leader of the Opposition. The Prime Minister Mahinda Rajapaksa-led SLPP is aiming to secure a two-third majority in the parliament, which would give the party the votes required to make sweeping changes, including amending the constitution to extend presidential powers (Reuters, 2 August 2020).

Coronavirus-related violence was recorded in India, Bangladesh, and Nepal last week. In several states of India, including Assam, Meghalaya, Maharashtra, and Odisha, such violence continued. In Assam and Meghalaya, security forces assaulted locals for violating coronavirus restrictions, including a curfew imposed by the state government to curb the spread of the virus. In Maharashtra, locals assaulted a medical team collecting swab samples from the family of an infected person. In Odisha, a journalist was assaulted by doctors and employees of a private nursing home. The journalist was taking pictures of a gathering as evidence of doctors and employees violating social distancing norms. In Bangladesh, an on-duty traffic police officer was assaulted by a mob led by a Jubo League leader after the police personnel requested the leader to wear a face mask. In Nepal, locals clashed with security personnel and obstructed them from burying the body of coronavirus victims.