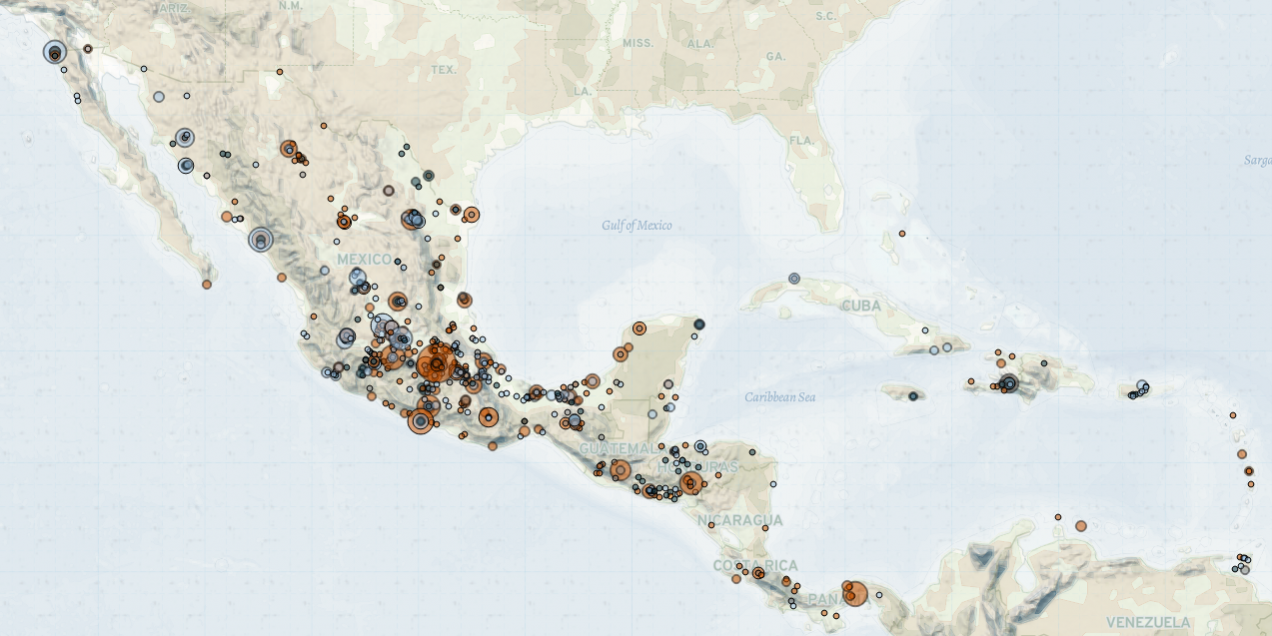 In Mexico, Central America, and the Caribbean, demonstrations remained high last week. Workers from different sectors called for the lifting of coronavirus lockdown measures and the resumption of business activity in Cuba, Honduras, and Mexico. Unrest over the killing of a respected lawyer persisted in Haiti, while the dismissing of a police spokesperson and the lack of teaching staff in schools due to a month-long teachers’ strike over labor conditions sparked riots among police officers and high school students in Port-au-Prince. In Costa Rica and Mexico, demonstrations against the downplaying of gender-based violence were reported. In the state of Chihuahua, Mexico, demonstrations over a US-Mexico bilateral water treaty escalated after Mexico announced its intention to pay off a water debt, which affects Mexican farmers’ activities. In Cuba, police officers suppressed a protest and arrested various opposition leaders. In Nicaragua, a Miskito indigenous man was attacked amid increased attacks over land grabbing. The press continues to be threatened across the region, including  in Nicaragua and Mexico.

Demonstrations directly related to coronavirus preventive measures continued to decrease in the region and represented less than 10% of all demonstrations last week. Demonstrations organized by workers of various sectors were held in Honduras and Mexico, with demands centered mostly on the resumption of activities that have been suspended as part of quarantine measures. On average, nearly 60% of workers are working in the informal sector across Latin America and have been the hardest hit by lockdown measures taken by governments to mitigate the spread of the coronavirus (OECD, 29 April 2020).

Similarly, in Cuba, residents demonstrated and demanded the lifting of the lockdown that has been affecting their livelihoods. In addition to seeing their source of income affected, the population has been facing shortages of basic commodities, leading to the creation of long queues in front of shops. During the pandemic, the Cuban authorities reintroduced a rationing system in an unsuccessful attempt to prevent the formation of queues and coronavirus contagion clusters. On 5 September, a police intervention aiming at enforcing coronavirus related measures sparked a riot. Police tried to break up a line of people that had been queuing since 5am — suggesting that they had broken curfew in order to stand in line early to be able to buy detergent.

In Haiti, lawyers and law students continued to demonstrate in Port-au-Prince over the killing of the President of the Bar Association, and renowned constitutional expert, Monferrier Dorval. Demonstrators clashed violently with police forces as they tried to lay a wreath in front of the house of the lawyer. Several government vehicles were burned. The lawyer was shot and killed on 28 August after a controversial radio show where he publicly supported changes to the constitution. Although four suspects in the crime were arrested, activists speculate that the state might have been involved in the killing of Monferrier. Human rights organizations have condemned the rising number of homicides and increasing insecurity in the country (Alterpresse, 31 August 2020).

Other violent demonstrations were reported in Port-au-Prince as well: a faction of police forces demonstrated over the dismissal of a spokesperson. The absence of teaching staff and the disruption of classes sparked unrest among highschool students. Teachers have been on strike for over a month to obtain a salary increase and improved labor conditions (Le Nouvelliste, 10 September 2020).

In Costa Rica and Mexico, members of civil society and feminist groups demonstrated against femicide. In Mexico, a group of people symbolically took over the offices of the National Commission of Human Rights in Ecatepec de Morelos. Similar actions were recorded in Veracruz, Morelia, Puebla, Aguascalientes, San Cristobal de las Casas, and  Villahermosa. In Ecatepec de Morelos, police evicted demonstrators from the premises and arrested several participants. A group of demonstrators retaliated and set the building on fire. These demonstrations took place against a backdrop of increasing violence against women and controversial declarations by the Mexican president downplaying the magnitude of gender-based violence (The Guardian, 22 July 2020). In July, the government announced a cut in subsidies allocated to women’s shelters as 549 femicides were recorded across Mexico in 2020 (Executive Secretariat of the National Public Security System, 20 August 2020).

Elsewhere in Mexico, conflict between the Mexican state and farmers regarding the US-Mexico 1944 Treaty over the use of Rio Grande waters escalated. Under the US-Mexico Treaty, Mexico owes its neighbor 512 million cubic meters of water yearly. Following the announcement of the Mexican government’s intention to increase the quantity of water to be delivered to the US to pay off several years of old water debt, farmers tried to take control of La Boquilla dam in the state of Chihuahua and clashed with officers of the National Guard. Four participants were arrested. As law enforcement took those detained to a police station, their convoy was ambushed, resulting in the killing of two farmers. In this water-stressed region, farmers from both sides of the border have been relying on the water resources of the Rio Grande.

In Cuba, police suppressed a protest against political repression and government abuses, scheduled to be held every 8 September, beginning last year, named The Sunflower Revolution. The Sunflower Revolution is a Cuban movement — comprised of various opposition groups, including the Patriotic Union of Cuba (UNPACU), Cuba Decide, and  Somos+, amongst others — demanding democratic change and freedom that began in light of increased attacks targeting opposition groups amidst growing popular discontent on the island nation (Cuba Center, 9 September 2020). Police arrested numerous high profile activists, including the leader of the UNPACU, Jose Daniel Ferrer; a member of the Lady in White group, Berta Soler; the artist Luis Manuel Otero; and members of the Opposition Movement for a New Republic (MONR). In total, over 80 arrests were reported. One member of the MONR denounced the practice of torture after police beat and arrested him for handing out sunflowers to promote the protest, and allegedly torturing him. In addition, the house of a member of the Lady in White group was firebombed by unknown individuals two days before the protest.

In Nicaragua, a Miskito indigenous man was shot and injured amid mounting pressure over indigenous land grabbing by farmers and logging companies in the country. In recent years, attacks over land have been increasing, as settlers seek to expand their farming and illegal logging activities;  the government of Daniel Ortega has been accused of siding with corporate interests (Mongabay, 4 May 2020; The Guardian, 29 April 2020). In addition, following an investigation launched by the General Income Directorate, a court ordered the seizure of Channel 12’s assets over claims of tax evasions. Many suspect the ruling was politically motivated in light of Channel 12’s coverage of the 2018 protests and opposition to the Ortega regime. Since 2018, several media outlets have been closed down or raided by the police amid a crackdown on freedom of expression (Human Rights Watch, 4 December 2019).

Finally, in Mexico, violent attacks targeting journalists continued, with the beheading of reporter Julio Valdivia by a criminal group in the state of Veracruz. According to Reporters Without Borders (RSF), the investigation of the killing should look into Valdivia’s journalistic work as a motivation for the attack, in light of the victim’s recent coverage of   clashes between a local gang and police forces (Reporter Without Borders, 10 September 2020). In 2020, ACLED recorded the killing of at least 10 journalists in Mexico.