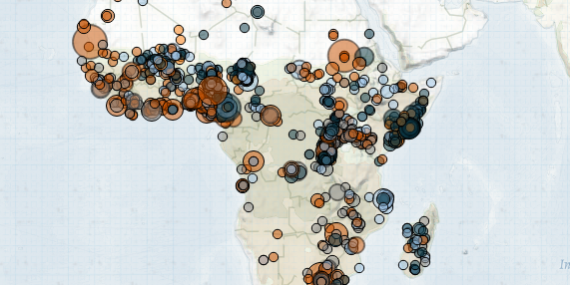 Last week in Africa, the Libyan National Army targeted Islamic State militants in Sabha; Al Shabaab militants killed a minister with the Hirshabelle regional government in Somalia; and election-related violence was reported in Uganda, Nigeria, Liberia, and the Ivory Coast.

In Libya, Libyan National Army (LNA) forces killed multiple Islamic State (IS) militants, including foreign fighters, during an operation in the southwestern city of Sabha. The neighboring districts of Murzuq and Sabha remain the only active areas of operation for IS in Libya. Meanwhile, Government of National Accord (GNA) Prime Minister Fayez al-Sarraj announced that he would be stepping down in October (VOA, 17 September 2020). The announcement came several days after rival Tobruk-based Prime Minister Abdullah al-Thinni announced his resignation following violent demonstrations in Benghazi (VOA, 14 September 2020).

In Somalia, Al Shabaab militants shot and killed the Deputy Minister for Religious Affairs for the Hirshabelle regional administration in Middle Shabelle. The killing followed the earlier assassination of the Hirshabelle Minister for Agriculture and Irrigation in August.

In Burundi, Imbonerakure militiamen carried out several attacks on civilians in Rumonge and Bubanza provinces, including targeted attacks on Tutsi populations. During an attack in Burambi commune, militiamen targeted civilians accused of working with Resistance to the Rule of Law in Burundi (RED-TABARA). The attacks came as RED-TABARA rebels continued their recent offensive, clashing with Imbonerakure and military forces in Kayanza and Rumonge provinces.

In Chad, 10 soldiers were killed when state forces launched an attack on a Boko Haram base in the Lake Chad region. Meanwhile, Boko Haram militants attacked civilian populations throughout the Diffa region of Niger, Cameroon’s Far North and Borno state in Nigeria. In Borno, Boko Haram militants launched a deadly attack on residents in the Kaga local government area for allegedly providing intelligence to the Nigerian military and the Civilian Joint Task Force.

Election-related violence was reported in the Nigerian states of Ondo and Edo. One person was killed during violence surrounding the Edo gubernatorial election, in which incumbent People’s Democratic Party (PDP) governor Godwin Obaseki won re-election. Competing claims of voting irregularities prompted attacks on civilians and clashes between rival supporters. Rival PDP and All Progressives Congress (APC) supporters were also involved in an armed clash in Ondo state ahead of the gubernatorial election in October.

In Uganda, political activists continued to clash with police and rival supporter groups during party primaries for the 2021 national elections. The violence was reported amid claims of voting irregularities.

A separate, weekly discussion of the ongoing conflict in Mozambique can be found via the Cabo Ligado project.

Timothy Lay is the Analysis Coordinator at ACLED. He holds an MA in International Relations (International Humanitarian Action) from Rijksuniversiteit Groningen and a bachelor's degree in Liberal Studies with honors in Asian Studies from the University of Sydney. He previously managed the Africa desk at ACLED.
23 September 2020
Share
TweetShare on Twitter Share on FacebookShare on Facebook Share on LinkedInShare on LinkedIn