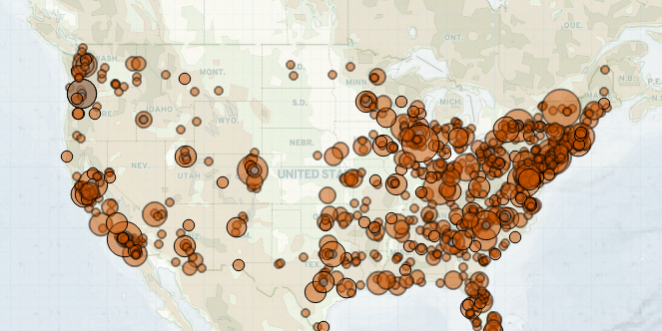 Fewer demonstration events were reported in the United States last week compared to the week prior. The highest number of demonstration events were reported over issues related to the coronavirus pandemic, followed by demonstrations associated with the Black Lives Matter (BLM) movement. Parents and students demonstrated across the country, demanding the resumption of in-person teaching. Demonstrations associated with the BLM movement continued in Portland, Oregon, following a brief pause due to the poor air quality caused by wildfires in the state. In Pennsylvania and Texas, police-involved shootings led to several demonstrations. Meanwhile, pro-Trump demonstrations and rallies also decreased last week compared to the week prior, although the number of events remained high compared to recent weeks. At the end of last week, several demonstrations were also reported against the Republican Party’s plan to install a new Supreme Court justice following the death of Justice Ruth Bader Ginsburg on 18 September.

Last week, 30% of all demonstration events reported in the US were over issues related to the coronavirus pandemic. Demonstrations by parents and students demanding in-person education and the resumption of high school sports increased last week. Demonstrations were held in multiple states, including in Tennessee, California, North Carolina, New Jersey, Illinois, Washington, Ohio, and Kentucky. In many states, including in Wyoming and North Dakota, parents demonstrated against school reopening plans that included mandatory masks for students. In Cheyenne, Wyoming, parents held an anti-mask demonstration, questioning the usefulness of masks in preventing the virus – despite many studies showing that wearing one can curb the transmission of the coronavirus – and demanded that students have a choice to not wear masks (Washington Post, 13 June 2020). The demonstration comes as the Wyoming Department of Health reported its largest increase in active coronavirus cases since the pandemic began (National Geographic, 22 September 2020).

The coronavirus has led to more than 200,000 deaths in the US. In recent weeks, multiple states have experienced a steady surge in cases (National Geographic, 22 September 2020). As classes and university housing have reopened, outbreaks at schools and colleges across the US have contributed to the surge (New York Times, 10 September 2020). In several states, including in Texas, Arkansas, Georgia, Illinois, New York, Louisiana, and Massachusetts, teachers, campus staff, and parents demonstrated against in-person teaching amid the pandemic.

Demonstrations associated with the BLM movement continued across the country last week, although at a diminished rate. Smoke and ash emanating from multiple wildfires active in the northwest caused high levels of pollution in large areas of California, Oregon, and Washington — places where demonstrators associated with the BLM movement have been very active. In Portland, Oregon, demonstrations, which were paused for a week due to the poor air quality, resumed on 18 September (Associated Press, 19 September 2020). Before the pause, demonstrations had been held for over 100 consecutive days (Oregonian, 10 September 2020). On 18 September, the first day of resumed demonstrations, police declared a demonstration outside of a US Immigration and Customs Enforcement (ICE) building to be an unlawful gathering and used tear gas to disperse the demonstrators. Authorities used tear gas despite the fact that Portland Mayor Ted Wheeler had banned the use of tear gas to disperse crowds on 10 September, following months of demonstrations against racial inequality and police brutality (CNN, 10 September 2020). City officials claimed the tear gas had been deployed by federal law enforcement officers, as the mayor’s ban does not apply to federal authorities (Newsweek, 19 September 2020). Eyewitness reports supported the claim that officers from the Department of Homeland Security had deployed the tear gas (Newsweek, 19 September 2020). Since the mayor’s announcement, the Portland Police Bureau has criticized the ban; the president of the city’s police union has argued that the ban could lead to the use of more physical force to disperse crowds (Oregonian, 18 September 2020).

Meanwhile, police-involved shootings led to demonstrations in Pennsylvania and Texas. On 13 September, in Lancaster, Pennsylvania, a police officer fatally shot Ricardo Munoz after his family had called crisis intervention for help (WGAL News 8, 15 September 2020). Police body camera footage shows Munoz holding a knife and running at the officer before being shot (WGAL News 8, 15 September 2020). Munoz’s family stated that he had been battling paranoid schizophrenia for a decade and was off of his medication when the incident occurred (WGAL News 8, 15 September 2020). Following the shooting, demonstrations were held in Lancaster city. One of the demonstrations on 13 September turned violent when a group of demonstrators hurled bottles and bricks at police and smashed the windows of a police station. The following day, at least two people damaged lights outside of a post office, tried to set a tree on fire, and threw rocks at a police station, while a separate peaceful protest was held outside of a police station downtown. Meanwhile, in San Antonio, Texas, police officers fatally shot Darrell Wayne Zemault Sr., a Black man, while trying to take him into custody for two active warrants. Police claim that the shooting occurred on 15 September, after Zemault allegedly hit an officer with a can of wood stain and then grabbed a detective’s gun that fell to the ground while officers were trying to arrest him (KSAT, 16 September 2020). Following the incident, Defund Police San Antonio held a demonstration in San Antonio against the shooting.

Late last week, Justice Ruth Bader Ginsburg died of cancer. Ginsburg has been hailed as an advocate for women’s rights and a champion for progressive causes through her work on abortion, affirmative action, and same-sex marriage (New York Times, 18 September 2020). Following her passing, several demonstration events were reported over the possible vote on a Trump nominee for the vacated position before the November election. Members of the Republican Party, including Senate Majority Leader Mitch McConnell, have announced that Trump’s nominee would receive a confirmation vote (Boston Globe, 19 September 2020). Confirmation of support for Trump’s nominee by senators including Mitt Romney mean that Republicans have all but secured the vote for Ginsburg’s replacement (BBC, 22 September 2020). In 2016, following the passing of Justice Antonin Scalia, Republicans blocked then President Barack Obama from filling the seat, arguing that the nomination of a new justice should not occur during an election year. While doing so, Senator Lindsey Graham said, “I want you to use my words against me,” promising he would deny a future Republican president from attempting to do the same during an election year (New York Times, 21 September 2020). Yet, after Ginsburg’s death, Graham promised to immediately push for confirmation of President Trump’s nominee. Supreme Court positions are life appointments and carry substantial political significance. Political parties typically seek to fill an open position with a justice who shares sympathies with their policies. Justice Ginsburg was a key member of the four-justice liberal bloc on the Supreme Court (New York Times, 23 September 2020). Following her death, liberals fear that losing her seat to a Trump nominee would make the court even more ideologically conservative, leading to the possible reversal of several landmark decisions, including the women’s right to abortion and same-sex marriage (National Geographic, 20 September 2020).