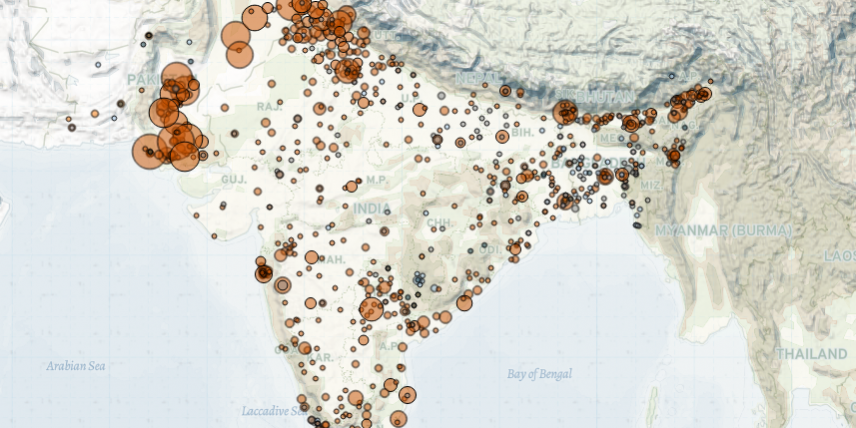 Key trends in South Asia last week include: both violence between militants and security forces as well as increased cross-border clashes between India and Pakistan; the targeted killing of civilians by Naxal-Maoist rebels in India; and protests in Nepal against alleged encroachment by Chinese forces into Nepali territory.

Militants also targeted civilians in J&K. A lawyer was killed by LeT, while an unidentified group killed a Bharatiya Janata Party (BJP) councilor in a targeted attack. Since July, several attacks have taken place against BJP leaders in the region. While no group has claimed responsibility for the most recent attack, LeT previously released an audio recording threatening local BJP leaders. The recording was apparently in response to alleged Indian army activity against civilians and the families of militants in J&K (Asian News Hub, 15 July 2020). Unidentified militants were active in Pakistan as well, killing three Pakistani soldiers and a health worker in Khyber Pakhtunkhwa province in three separate incidents.

An increase in cross-border exchanges of fire between Indian and Pakistani forces was reported in the Kashmir region. Two Pakistani soldiers were reportedly killed, and two civilians were injured in 19 cross-border clashes last week. There has been an increase in the frequency of cross-border clashes between India and Pakistan this year. The increase is linked to escalating hostility between the two states surrounding changes to India’s constitution affecting J&K; the passage of the 2019 Citizenship Amendment Act (CAA), which is viewed as discriminatory towards Muslims; and alleged human rights abuses by the Indian army against civilians in J&K (BBC, 8 August 2019; Al-Jazeera, 16 December 2019; Business Recorder, 27 September 2019). Last week, protests were reported across Sindh province in Pakistan in opposition to the Indian army’s activities against civilians in J&K.

Elsewhere in India, increased Maoist activity was reported against civilians in Chhattisgarh state. Naxal-Maoist rebels killed at least eight civilians in the state, accusing some of being police informers. Seven other civilians were killed in Maoist attacks in Chhattisgarh in September, whereas only one civilian was reportedly killed in August. Over the past few years, Naxal-Maoist rebels have suffered significant casualties due to intelligence-based operations in the region. More recently, security forces have reportedly intensified their campaign against Maoists during the coronavirus lockdown. As a result, Naxal-Maoist rebels may have increased their focus on intimidating and targeting local communities to eliminate police informers (Hindustan Times, 23 September 2020).

Earlier this year, similar encroachment activity by Chinese forces was reported in India, resulting in clashes between Indian and Chinese forces (BBC, 25 June 2020). Clashes were reported along the Line of Actual Control (LAC) in May and June, one of which resulted in the death of 20 Indian soldiers and at least one Chinese soldier. Earlier this month, the two states accused each other of cross-border encroachments and of firing warning shots, threatening military conflict (AP News, 11 September 2020). Last week, the Indian and Chinese foreign ministers reached an agreement to deescalate the border standoff and to maintain peace at the contested border in India’s Ladakh Union Territory (Daily Excelsior, 23 September 2020).