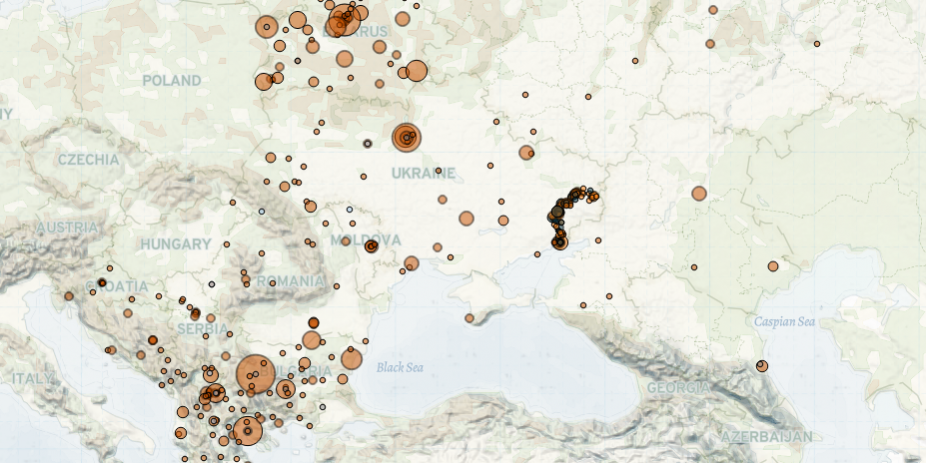 In Belarus, protests against the regime of Alexander Lukashenko continued throughout the week, though no significant changes in protest dynamics or state response took place. Around one hundred thousand demonstrators took to the streets in Minsk and in several major cities on 27 September, demanding the inauguration of Svyatlana Tsikhanouskaya as president and the organization of new elections (RFE/RL, 27 September 2020).

In Russia, there was an uptick in demonstrations in support of victims of political persecution following the suicide of a journalist who set herself on fire in front of an interior ministry office in Nizhniy Novgorod following harassment by the state. This harassment included searches of her house for materials that would potentially link her to dissident organization Open Russia (Kommersant, 2 October 2020). The search by state forces is part of a wider trend of harassment and intimidation by the Russian state targeting journalists and opposition activists. The Khabarovsk protests in support of former-governor Sergei Furgal, who demonstrators feel has been imprisoned for political reasons, continued for the 13th Saturday in a row. The demonstrations attracted a smaller number of people than in weeks prior, likely due to protest fatigue and a lack of change in the case against Furgal (Dvnovosti, 4 October 2020).

In Greece, the school occupation movement continued to gain momentum. Students participating in the movement have occupied and barricaded, de facto closing, 770 schools across the country while demanding improved coronavirus safety measures. A 3,000 strong demonstration by teachers and students in Athens supporting the movement briefly turned violent when unidentified persons threw Molotov cocktails at the police (Ekathimerini, 1 October 2020; AMNA, 1 October 2020). Meanwhile, thousands demonstrated in four Greek cities against US and NATO military bases in the country during a visit by US Secretary of State Mike Pompeo (To Vima, 28 September 2020). The largest demonstration took place in Thessaloniki, while rioters in Athens clashed with police (To Vima, 28 September 2020).

In Greece and in the Republic of Cyprus, Greeks and Greek-Armenians protested against perceived Turkish and Azeri aggression in Nagorno-Karabakh. In Thessaloniki, more than 2,500 rallied in solidarity with the Greek Armenian community (AMNA, 3 October 2020; Philenews, 30 September 2020). Both Greece and Cyprus have historical grievances against Turkey and share a common religion with Armenia, increasing sympathy for Armenia over Azerbaijan in the current hostilities.

Finally, in the Donbas region in Ukraine, the number of ceasefire violations between Ukrainian government forces and Russian-led separatists remained very low as part of an ongoing ceasefire agreement, though continued to rise slightly compared to the previous week. There were 24 armed clashes and 44 shelling incidents last week with no fatalities reported.