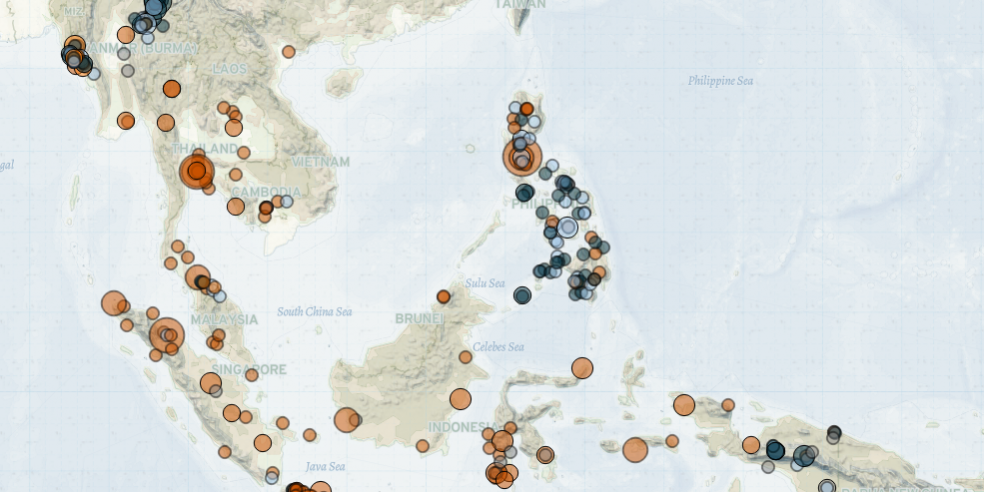 Last week in Southeast Asia, ethnic armed organizations (EAOs) and the military continued to clash in Myanmar. In the Philippines, state forces stepped up operations against the Islamist group Abu Sayyaf. Meanwhile, violence targeting those involved in efforts against illegal logging was reported in both the Philippines and Cambodia. In Indonesia, fighting between the military and Papuan separatist groups continued, alongside ongoing violence against civilians by state forces. Lastly, anti-government demonstrations remained muted in Thailand.

As the second wave of the coronavirus pandemic worsens in Myanmar, with the transmission rate reportedly up to 100 times higher than during the first wave (Irrawaddy, 28 September 2020), the military extended its unilateral ceasefire for a second time, until 31 October (Myanmar Times, 30 September 2020). However, the ceasefire continues to exclude Rakhine and Chin states, where most of the fighting in the country has been reported this year. Amidst these developments, clashes between the military and EAOs continued in Rakhine and Shan states last week. In Rakhine state, the military fought with the United League of Arakan/Arakan Army (ULA/AA) over several days. In northern Shan state, the military clashed with the Palaung State Liberation Front/Ta’ang National Liberation Army (PSLF/TNLA), the Restoration Council of Shan State/Shan State Army-South (RCSS/SSA-S), and the Kachin Independence Organization/Kachin Independence Army (KIO/KIA). Clashes in Shan state have increased over the past month.

In the Philippines, amid ongoing “counter-terrorism” efforts by the government, there were a few notable developments involving the Islamist group Abu Sayyaf (ASG) in Mindanao last week. In Zamboanga City, police arrested an aide of the prominent Abu Sayyaf bombmaker Mundi Sawadjaan, who allegedly masterminded the fatal 24 August bombings in Sulu province. Meanwhile, the bombmaker’s cousin, who was also believed to be the right-hand man of ASG leader Radullan Sahiron, was killed during a clash between state forces and the Islamist group. Philippine state forces have been pursuing ASG bombmakers since the deadly twin bombings in Sulu in August (Manila Bulletin, 28 September 2020). Earlier this month, the army chief announced plans to “eradicate” ASG by the end of the year, with a view to end the “entire local terrorist group problem” before President Rodrigo Duterte’s term ends in 2022 (GMA News Online, 8 September 2020). Last week’s clashes broke out as the military was conducting security operations in the region (Philstar, 28 September 2020). Meanwhile, another clash between the military and ASG led to the death of an Indonesian fisherman who was being held hostage by the rebels. The fisherman was one of five Indonesian citizens abducted by the Abu Sayyaf in January 2020 (Benar News, 30 September 2020).

In Indonesia, clashes between state forces and the West Papua National Liberation Army (TPNPB) continued in Papua province. Meanwhile, it was also reported that the military killed two civilians in the same province. Assaults and killings of civilians by both state forces and the TPNPB have been ongoing for the past few weeks amid tensions in the region. The government recently established a joint fact-finding team to investigate these incidents. However, Papuans have expressed scepticism over the team’s credibility, as the majority of the team members are government and military officials (The Jakarta Post, 3 October 2020). Tensions in Papua province show little sign of letting up in the short term, as Indonesia’s chief security minister recently asserted that the Indonesian government would never allow the Papuan provinces to be independent (Tempo, 1 October 2020). Papuan groups continue to express opposition to the extension of Papua’s special autonomy status, which they have criticized as a unilateral decision by the government that does not benefit Papuans (Anadolu Agency, 30 September 2020).

Finally, in Thailand, demonstration activity remained muted compared to previous months as authorities continue to press charges against protest leaders for their involvement in the anti-government movement. Last week, at least seven protest leaders were charged for staging protests without informing the police (Prachatai, 1 October 2020). Notwithstanding the ongoing judicial harassment, protesters are planning to organize another mass rally around 14 October, to coincide with when the king – who resides in Germany – will be in the country for a visit (Financial Times, 3 October 2020). They have also called for a general strike to be held on the same day.