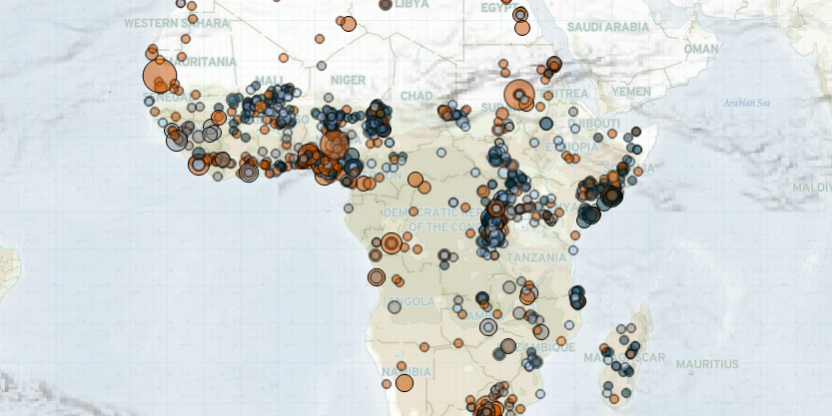 Last week in Africa, clashes were reported between rival Islamist groups across the Sahel; demonstrators commemorated the October 1988 pro-democracy demonstrations in Algeria; and violent demonstrations erupted in eastern Sudan over the recently signed Juba peace agreement.

Meanwhile, the Malian transitional government negotiated the release of kidnapped former Malian opposition leader Soumaïla Cissé, along with three European hostages. Cissé had been held by militants since his kidnapping during campaigning for the contested March elections. As part of the agreement, the government released more than a hundred detained militants (New York Times, 8 October 2020).

In Nigeria, the #EndSARS movement led nationwide demonstrations against police brutality, highlighting violence perpetrated by the special anti-robbery squad (SARS). Two fatalities were reported amid violent confrontations, including at least one demonstrator. In response to the demonstrations, the government announced the disbandment of SARS and the launch of investigations into alleged abuses (BBC, 12 October 2020). Meanwhile, ongoing campaign violence was reported during the lead-up to gubernatorial elections in Ondo state.

In Sudan, members of the Beja ethnic community staged demonstrations in the Red Sea region, and clashed with state forces, over their opposition to the Juba peace agreement. One police officer was killed when armed members of the community attacked police defending an oil facility in Haya town. Factions within the Beja community have actively opposed the recent Juba agreement over a perceived lack of consultation, including those which have called for the secession of eastern Sudan in response to ongoing marginalization (Middle East Eye, 7 October 2020).