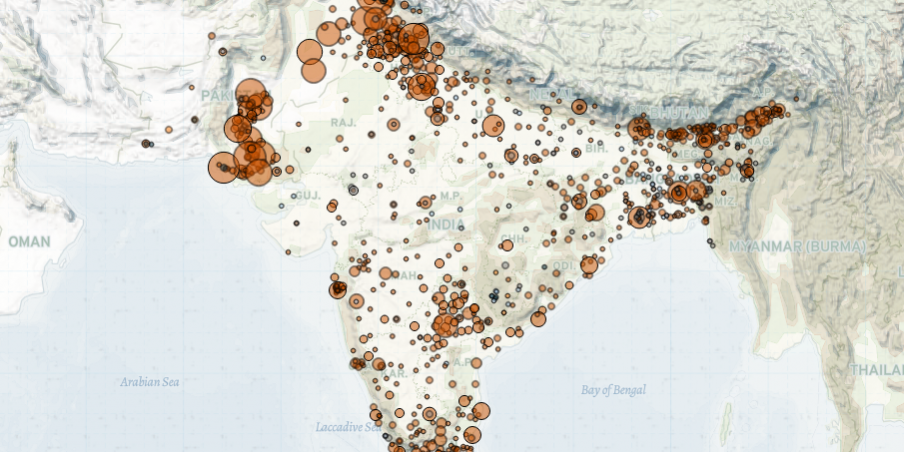 Key trends in South Asia last week include increased militant activity in India. In India and Pakistan, security force operations against militant groups continued, as did cross-border exchanges of fire between the two countries. Lastly, demonstrations against sexual violence took place in India, Bangladesh, and Nepal.

In India, domestic militant activity increased in the Jammu and Kashmir (J&K) region last week, compared to the week prior. One Al Badr and two Hizbul Mujahideen (HM) militants were killed during their joint encounter with security forces in Shopian district. Two Jaish-e-Mohammad (JeM) and two other unidentified militants were also killed in an exchange of fire with Indian forces. Security operations in the region have intensified during the coronavirus lockdown, leading to the killing of high-profile commanders from HM and Lashkar-e-Taiba (LeT) (for more on conflict in J&K, see this ACLED CDT spotlight). The Ministry of Home Affairs has recently issued a list of top 10 Islamist militant organizations operating in the state to be eliminated. The list is based on input by security forces and includes JeM, LeT, HM, and Al Badr, among others (National Herald India, 6 October 2020).

In Pakistan, military forces conducted an operation against domestic militant groups, killing two suspected Tehreek-i-Taliban Pakistan (TTP) militants and arresting another one in Khyber Pakhtunkhwa province. According to a statement by the Pakistani army, the militants were involved in several attacks on civilians and security forces (Washington Post, 4 October 2020). Suspected TTP militants also blew up a tower belonging to a private phone company in the same province. A few years ago, the Pakistani military claimed that it cleared the mountainous areas of Khyber Pakhtunkhwa province of militants, who used the area as their base. Yet, occasional attacks by Taliban insurgents have continued. Last month, TTP released a statement demanding locals to vacate the province’s former tribal regions, as it intends to launch more attacks (Washington Post, 4 October 2020).

Eighteen cross-border incidents of violence between Indian and Pakistani forces were recorded last week in J&K, similar in number to previous weeks. Five Pakistani soldiers and an Indian soldier were killed during these incidents. ACLED has recorded an overall increase in the number of cross-border clashes between India and Pakistan in 2020, compared to 2019 (for more on cross-border violence, see this ACLED mid-year update). The increase is associated with growing tension between the two states surrounding Indian constitutional changes affecting J&K, and the passage of the 2019 Citizenship Amendment Act (CAA). While the former is considered a threat to the demographics of the Muslim-majority state, the latter is viewed as discriminatory towards Muslims (BBC, 8 August 2019; Al-Jazeera, 16 December 2019).

Elsewhere in India, demonstrations denouncing sexual violence against the Dalit caste group continued. Demonstrators were peaceful, except for a clash in Chhattisgarh state between members of the Indian National Congress and Bhim Army.  The recent gang rape of a Dalit teenager in Uttar Pradesh state by upper-caste men has triggered demonstrations by members of the Dalit community, opposition political parties, and rights activists across the country. Dalits hold the lowest social status, according to India’s caste system, and have faced widespread harassment and discrimination (Al Jazeera, 5 October 2020). Meanwhile, two additional rape cases of Dalit and tribal women were reported last week. A tribal woman was raped by a farmer in Gujarat and a Dalit woman was gangraped in Madhya Pradesh.

Likewise, in Bangladesh, students and political parties staged demonstrations after a video of a group of men who attacked and sexually assaulted a woman went viral. Demonstrators highlighted the government’s failure to address the issue of violence against women, as the conviction rate for rape is reportedly less than 1 percent (Human Rights Watch, 9 October 2020). Additionally, in Nepal, youth activists demonstrated, worried about a surge in rape cases across the country. A Nepal police spokesperson said that rape cases have increased during the coronavirus lockdown (Deutsche Welle, 12 October 2020). Demonstrators in Bangladesh and Nepal, as well as Nepali women lawmakers, have called for capital punishment for rapists (Reuters, 10 October 2020; Nepal Monitor, 10 October 2020).