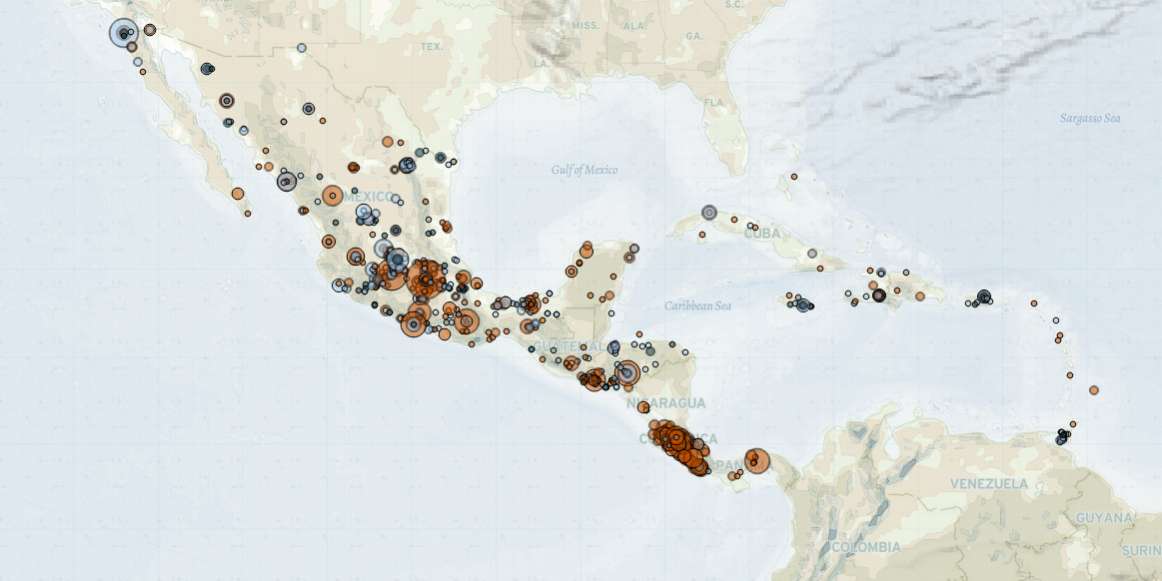 Last week in Mexico, Central America and Caribbean region, demonstrations against the negotiation of a deal between Costa Rica and the International Monetary Fund (IMF) decreased following the president’s call for a national dialogue. In Mexico, people affected by floods caused by the Gamma tropical storm set up several roadblocks and demanded financial support from the government, especially in the worst hit state of Tabasco. Meanwhile in Nicaragua, students demonstrated against the cybercrime bill, which criminalizes the spread of fake news and could allow for the repression of critics of the Ortega regime. In Haiti, despite threats from gangs allegedly affiliated with political elites, opposition groups organized an anti-government demonstration in Port-au-Prince and demanded the resignation of the President. During the unrest, a demonstrator was shot and injured by law enforcement. In Mexico, 14 armed men died in a clash with state police officers in the state of Zacatecas. The clash is thought to be connected to drug-trafficking activities as gangs seek control of the state of Zacatecas, strategically located on the Pacific and United States corridor.

In Costa Rica, negotiations over a $1.75 billion loan between the government and the IMF continued to spark unrest. Demonstrators rejected a package of austerity measures proposed by the government to prevent an economic downturn following the coronavirus pandemic. Although the government withdrew its initial tax reform proposal on 4 October, demonstrators continued to set roadblocks in six of the seven provinces of Costa Rica. Clashes with police officers were reported in several cities. While demonstrators demanded the cancellation of negotiations with the IMF (BBC, 14 October 2020), President Carlos Alvarado called for a national dialogue to find a solution to the economic recession. As a gesture of goodwill, a key actor in the recent wave of demonstrations, the National Rescue Movement — a coalition of labor unions, small businesses, and landowners — agreed to pause their mobilization efforts until 21 October.

In Mexico, people affected by floods caused by tropical storm Gamma protested across the state of Tabasco, demanding government support. Roadblocks multiplied in the worst hit state of Mexico, as demonstrators asked for state support to finance the reconstruction of damaged houses and infrastructure. Although nearly 600,000 people were affected by the floods, local authorities only identified 29,763 households that qualified to receive state support (Claro y Directo Mx, 18 October 2020). Demonstrators pressed the government to conduct a new census so that remaining families can be integrated into the disaster relief plan.

Meanwhile in Nicaragua, students protested against the cybercrime bill as congress continued to discuss the pro-government Sandinista National Liberation Front law proposal. The bill, also known as the Gag Law, criminalizes the spread of fake news and online accusations against the honor of a person or entity. Human rights organizations fear that the blurriness around key terms and concepts in the bill will allow for repression of government critics and will further restrict freedom of speech (OAS, 7 October 2020). The discussion of the proposal takes place amid increasing state sponsored repression with frequent attacks targeting journalists and dissident groups. On 11 October, a journalist and a spokesman of the Blue and White National Unity (UNAB) movement — a movement that emerged during the 2018 anti-government demonstrations and that promotes democracy and human rights — was attacked by a pro-government militia. The government crackdown on opposition is thought to be part of a strategy to silence dissent ahead of the 2021 elections (The Financial Times, 4 October 2020).

In Haiti, an anti-government demonstration was organized by opposition groups on the symbolic anniversary of the killing of the historic leader of the Haitian revolution, Jean-Jacques Dessalines. Demonstrators erected flaming barricades and demanded the resignation of President Jovenel Moïse.  Moïse’s tenure has been tarnished by corruption scandals and killings of high profile activists. A demonstrator was shot and injured as the police attempted to disperse the demonstration. Ahead of the march, several members of the opposition received threats from members of the G9 gang coalition, who tried to dissuade demonstrators from gathering in the center of Port-au-Prince. The G9 gang coalition was formed under the leadership of Jimmy Chérizier, a former police officer and known gang leader. The gang coalition has alleged ties with the president of Haiti. The president has been accused of supporting the newly created gang coalition, which in turn has been used to repress opposition groups. The government will likely continue to capitalize on its alliance with gang members as it tries to secure votes in the upcoming February 2021 elections (Insight Crime, 24 July 2020).

Lastly, in Mexico, gang violence continued in the state of Zacatecas with the killing of 14 armed men in a clash with state police officers. Criminal group activities have been frequent in the state of Zacatecas. At the end of September, the Jalisco New Generation Cartel (CJNG) issued video threats against the Sinaloa Cartel. They claimed control over the state of Zacatecas, which is strategically located on the drug trafficking route from pacific coast ports to the United States (Mexico News Daily, 15 October 2020).