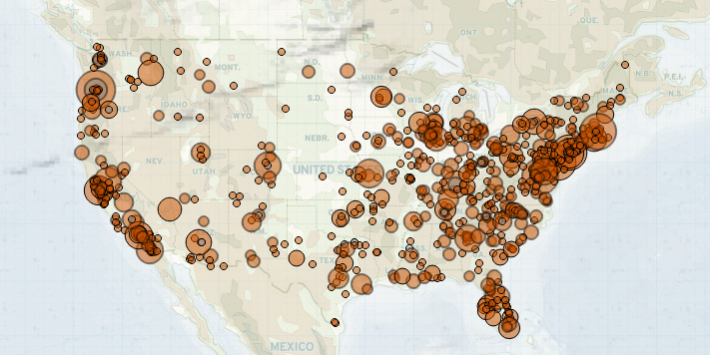 Demonstration events in the United States increased last week compared to the week prior. The increase is largely attributable to nationwide demonstrations held as part of the Women’s March on 17 October in opposition to the nomination of Amy Coney Barrett to the US Supreme Court. Demonstrations associated with the Black Lives Matter (BLM) movement continued as well, but decreased by nearly a quarter relative to the previous week. While demonstrations remained largely peaceful, violent demonstrations were recorded in Oregon and California. The violent demonstrations centered around Indigenous Peoples’ Day and the condemnation of historical atrocities committed against indigenous communities. Meanwhile, rallies and demonstrations supporting the two presidential candidates, President Donald Trump and former Vice President Joe Biden, increased compared to the week prior.

Last week, 12% of all demonstration events reported in the US were associated with the BLM movement compared to 25% of all demonstration events during the preceding week. In Wauwatosa, Wisconsin, daily demonstrations took place over the course of four days; during three of those days, police intervened. These events were a continuation of demonstrations against the 7 October announcement by the Milwaukee County District Attorney’s Office that it would not charge a Wauwatosa police officer in the death of Alvin Cole. Cole, a 17-year-old Black teen, was shot and killed by a police officer earlier this year outside a mall in Wauwatosa. A curfew was enforced and the Wisconsin National Guard was called in to help the Wauwatosa police following daily demonstrations the week prior (Milwaukee Journal Sentinel, 14 October 2020). The curfew was lifted on 12 October. During a demonstration on 13 October, police fired a round of smoke and pepper spray at the demonstrators (Milwaukee Journal Sentinel, 12 October 2020).

While the vast majority — 96% — of demonstrations associated with the BLM movement throughout the country remained peaceful last week, violent demonstrations were recorded in Oregon and California. In Portland, Oregon, on 15 October, demonstrators started several small fires and police made multiple targeted arrests on charges of disorderly conduct, reckless burning, and interfering with a peace officer (KOIN, 15 October 2020). Violent confrontations were recorded between right-wing pro-police groups and left wing ‘Antifa’ groups over the dismantling of a memorial for Black victims of police brutality in downtown Portland. On 16 October, several brawls and fights broke out between the groups as a pro-police group dismantled a new makeshift memorial for Black victims of police brutality. The makeshift memorial was erected after a metal statue, ‘Nightmare Elk,’ created and funded by demonstrators associated with the BLM movement, was stolen by members of Patriot Prayer, a right-wing militia, the week prior (KGW8, 12 October 2020). In San Francisco, California, counter-demonstrators supporting the BLM movement interrupted a pro-Trump rally organized by a self-identified member of the Proud Boys, another right-wing group. The counter-demonstrators hurled bottles and physically assaulted some of the pro-Trump rally goers, including the organizer of the event (San Francisco Chronicle, 17 October 2020). Three pro-Trump demonstrators and three police officers sustained non-life-threatening injuries during the incident. (For more on right-wing militias in the US, including Patriot Prayer and the Proud Boys, see this recent joint report by ACLED and MilitiaWatch).

At the end of the week, on 17 October, the Women’s March was held in downtown Washington, DC and in other cities across the country. Demonstrators marched in opposition to President Trump and his policies, particularly his nomination of Barrett to the Supreme Court. The Women’s March was first held worldwide on 21 January 2017 in opposition to President Trump and his policies towards minorities and women (Washington Post, 22 January 2017). The march has since been held every year, including earlier this year in January. The latest march was held days before the Republican-led Senate Judiciary Committee voted to approve Barrett’s nomination on 22 October, paving the way for a possible full Senate vote days before the presidential election (NPR, 15 October 2020; USA Today, 16 October 2020; Bloomberg, 22 October 2020). The opposition to the nomination of Barrett, the third conservative nominee to the Supreme Court during the Trump presidency, stems from fear that her appointment would make the court more ideologically conservative. This could lead to the possible reversal of several landmark decisions, including those concerning the reproductive rights of women (CNN, 6 October 2020). Barrett’s ties to a religious group with a conservative stance on the role of women in society — and her acknowledgement at the Senate confirmation hearings that she personally opposes abortion — has added to concerns over the threat to women’s rights (Washington Post, 6 October 2020; CBS News, 15 October 2020).

Meanwhile, rallies and demonstrations both supporting and denouncing the two presidential candidates increased last week. Several pro-Trump and pro-Biden vehicle caravan rallies were held throughout the country, including in California and Kentucky. The number of events increased as supporters of both candidates showed up to counter-protest, including during the Women’s March on 17 October in Florida, Arkansas, and Washington.

In other developments, training and recruitment events by right-wing militia groups, including the American Contingency, were reported last week. The American Contingency group also held a training event aimed at active law enforcement agents in Colorado. In recent months, ties among anti-government militias and law enforcement personnel have come under scrutiny. Last week, police personnel in Newport News, Virginia handed out a public announcement system and chocolate milk to a member of the Boogaloo Bois during a demonstration outside of a police station (Daily Beast, 17 October 2020). They were demonstrating against a misdemeanor trespassing charge against a member of the group for openly carrying a gun on public property in violation of new local gun regulations on open carry (Daily Beast, 17 October 2020). The Boogaloo Bois are the adherents to a diverse set of neo-dadaist armed aesthetics and modalities aimed at setting off or preparing for the second American Civil War. (For more on right-wing militias in the US, including the Boogaloo Bois, see this recent joint report by ACLED and MilitiaWatch).