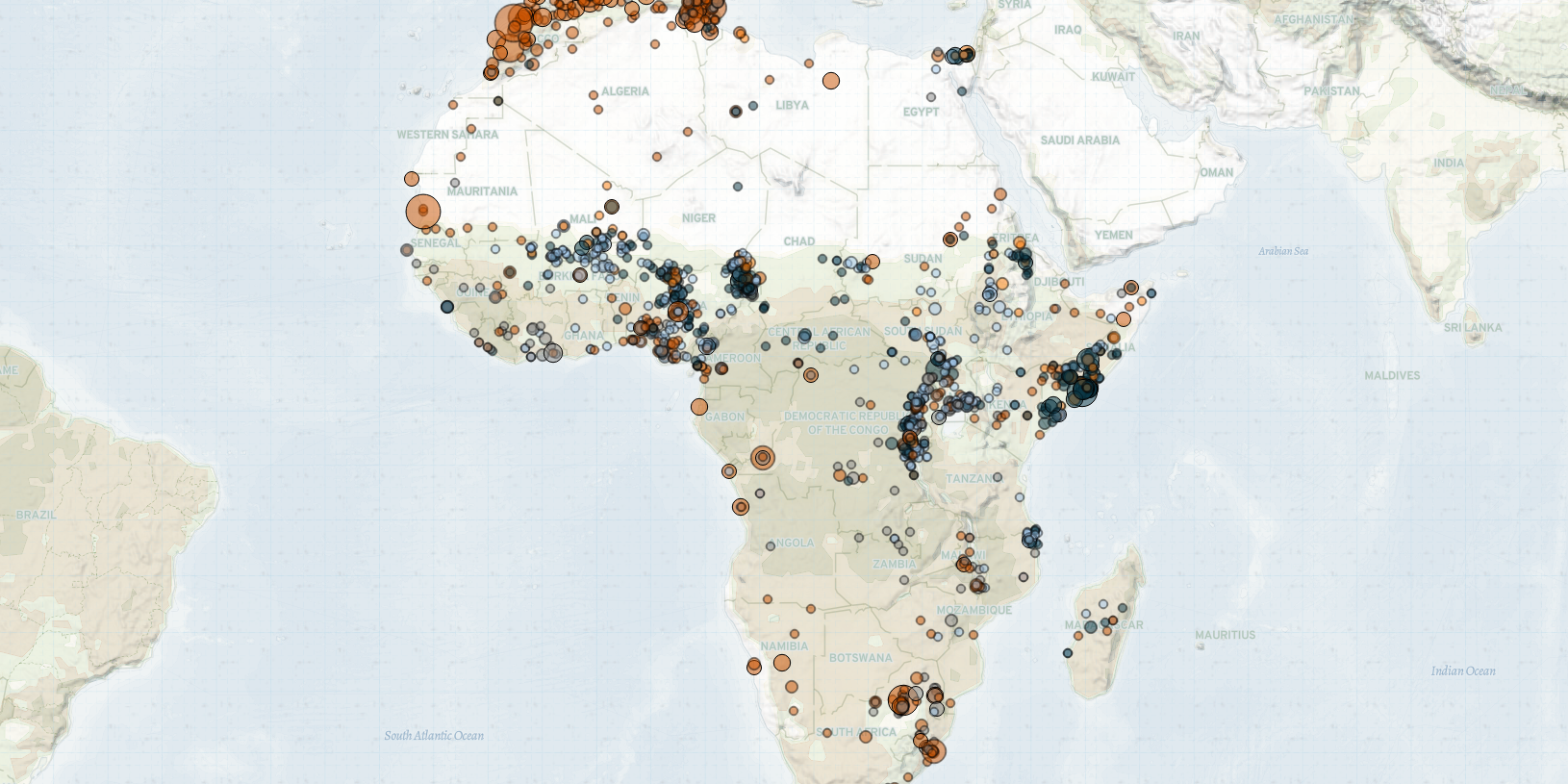 Last week in Africa, election-related violence was reported in Uganda and Ghana, as well as the Anglophone regions of Cameroon; hundreds of schoolboys were kidnapped in the northwest of Nigeria; and the dissolution of the ruling coalition prompted rioting in the Democratic Republic of Congo.

In Ethiopia, state forces carried out a number of attacks on civilian targets, including United Nations (UN) staff. In Tigray, Ethiopian forces shot at and then detained UN staff near Sheraro, after they refused to stop at two checkpoints. State forces also targeted civilians in Oromia, accusing them of being associated with the Shane splinter faction of the Oromo Liberation Front. Elsewhere, ten civilians from the Amhara ethnic group were killed when an unidentified group staged an attack at Dibate in the Benshangul-Gumaz region.

Meanwhile, the violence in Ethiopia has continued to spill into neighboring countries. In Somalia, two groups of Ethiopian troops serving with the African Union peacekeeping mission (AMISOM) clashed at a base in Halgan village, during an attempt to disarm ethnic Tigrayan soldiers. Three soldiers were killed in the clash. In Sudan, an Ethiopian Amhara ethnic militia shot and killed a Sudanese farmer north of El Galabat town in Gedaref state.

In the Democratic Republic of Congo (DRC), President Felix Tshisekedi announced the dissolution of his governing coalition with the Joseph Kabila-aligned Common Front for the Congo (FCC) (France24, 7 December 2020). The announcement prompted demonstrations and clashes between rival supporters. In the capital Kinshasa, several days of violent clashes were reported at the national parliament, involving both parliamentarians and rival supporters.

In Cameroon, Ambazonian separatists violently enforced a lockdown aimed at disrupting regional elections in the Anglophone Northwest region. Near Bamenda, separatists shot dead a municipal councilor near Bamenda town, after he voted outside the town. Separatists also targeted Christian groups engaged in worship, and a hospital.

On election day in Ghana, unidentified gunmen opened fire outside a polling center at Awutu Bawjiase village in the Central region, targeting National Democratic Congress (NDC) supporters. The attack followed an earlier attempt to disrupt voting in the village. Meanwhile, unidentified gunmen attacked the NDC parliamentarian-elect for Keta in the days following the election, at his residence in the Volta region.

In Mali, dozens of militants were killed when Jama’at Nusrat al-Islam wal-Muslimin (JNIM) and Islamic State in the Greater Sahara (ISGS) fighters clashed over multiple days at NDaki in Tombouctou region.

In Niger, Boko Haram militants attacked the village of Toumour in Diffa, killing at least 27 people. During the attack, claimed by the Abubakar Shekau faction, militants also burned down the market and hundreds of houses.

In Nigeria, armed men abducted hundreds of schoolboys at Kankara in Katsina state, in one of the most significant mass abductions in recent years. The numbers eclipsed even those of Boko Haram’s high profile 2014 abduction of schoolgirls at Chibok in Borno state. The Shekau faction of Boko Haram lay claim to the attack several days later (HumAngle, 15 December 2020), despite early reports suggesting that the abduction was carried out by local bandits. Although doubts remain over Boko Haram’s direct involvement in the attack (The Guardian, 15 December 2020), this would represent a significant expansion of Boko Haram’s influence in the country’s northwest, and support earlier claims of Shekau’s expansionist agenda (HumAngle, 12 July 2020).