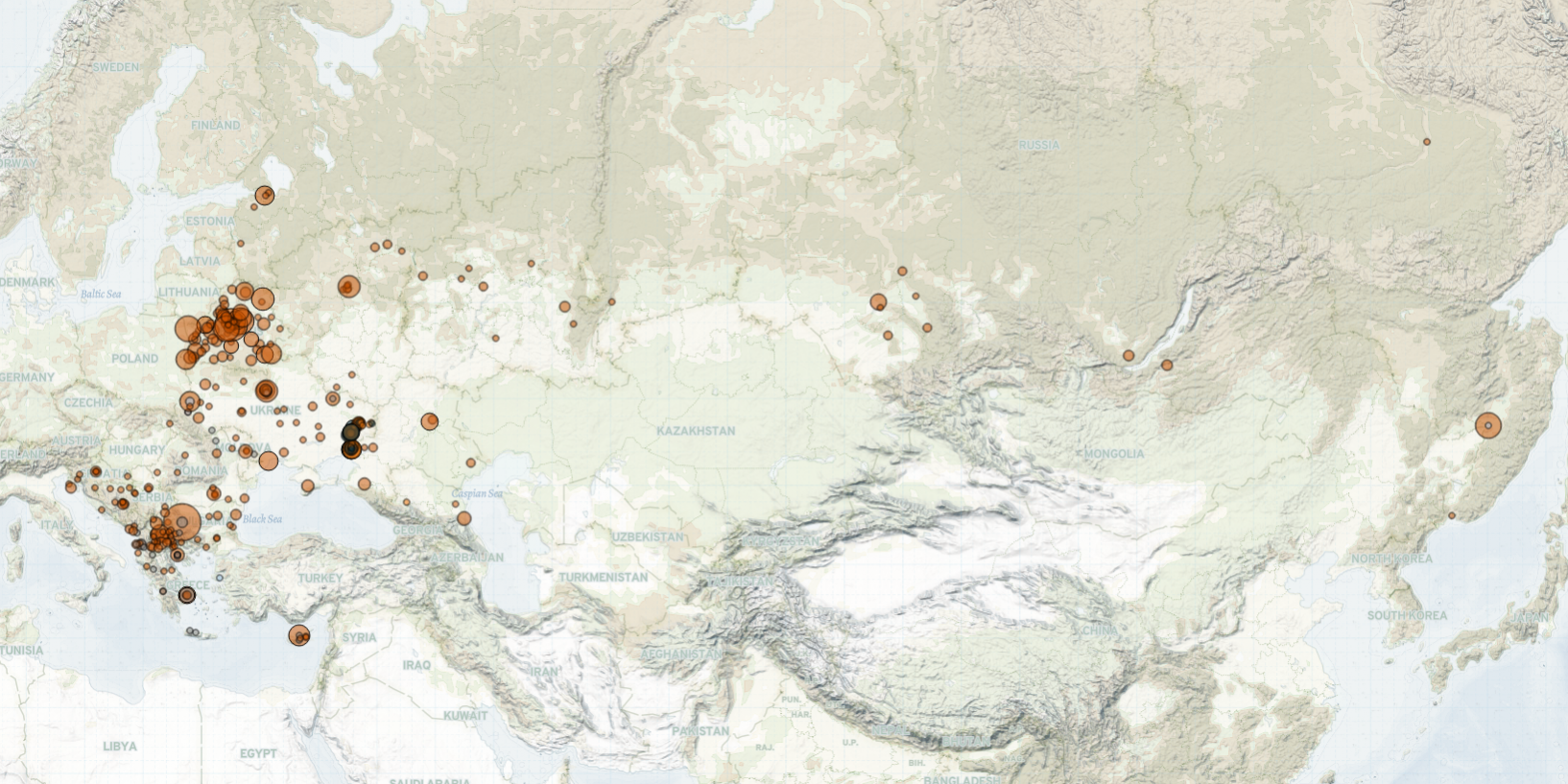 Last week, demonstration activity in Eastern Europe continued at low levels. Demonstrations calling for the resignation of Alexander Lukashenko continue in Belarus, as neither the regime nor demonstrators show signs of relenting. In Moldova, supporters of President-elect Maia Sandu demonstrated against newly-adopted laws that might undermine her powers to introduce reforms. Parliamentary elections in Romania did not significantly shift the governing coalition, although the right-wing Alliance for the Union of Romanians gained notable representation in parliament. Meanwhile, violent demonstrations took place across Albania condemning the killing of a young man by the police.

In Belarus, thousands of people organized smaller neighborhood demonstrations, likely in order to make it more difficult for state forces to repress them, across Minsk against the regime of president Lukashenko and police brutality. Police used violence, including rubber bullets, against the demonstrators and arrested around 300 demonstrators in Minsk (RFE/RL, 6 December 2020).

Demonstrations related to the coronavirus pandemic took place in Russia, Croatia, Montenegro, Bulgaria, North Macedonia, Greece, and Cyprus. In Greece, demonstrations against the lockdown continued, peaking on 6 December, the twelfth anniversary of the killing of a teenager by a police special guard in 2008. Police dispersed a number of demonstrations organized by anarchists and leftists, which violated the coronavirus-related ban on gatherings across the country. On two occasions, rioters clashed with police (Ekathimerini, 7 December 2020; To Vima, 6 December 2020). Similarly, stricter coronavirus measures, and frustration over government corruption, prompted a riot in Cyprus (SigmaLive, 10 December 2020).

In Moldova, around 20,000 people, led by President-elect Maia Sandu and several opposition parties, took to the streets in Chisinau on 6 December to demand early parliamentary elections (RFE/RL, 6 December 2020). The demonstrators condemned the adoption of controversial laws, which transfer control of the security services from the president to parliament, increase the autonomy of the autonomous region of Gagauzia, and determine the state budget for 2021. Sandu and her supporters claim that the laws undermine political stability and her strong mandate. They argue that the government’s 2021 budget law does not address the health and economic crises in Moldova.

Romania saw a record low turnout at the 6 December parliamentary elections, which did not yield significant gains for any of the leading parties. The Social-Democratic Party won over 30% of the vote, but the most likely government coalition will involve center-right parties (Balkan Insight, 8 December 2020). However, the far-right Alliance for the Union of Romanians won the fourth largest share of the vote with 9 percent, which may mark a shift in the discourse in Romanian politics towards anti-liberal, protectionist, and ultra-Orthodox topics in the new year. It may also increase discussion of a union with Moldova. Romania shares close cultural and linguistic ties with Moldova, and some political factions, including parts of the right wing, feel that Moldova should join Romania (Balkan Insight, 14 December 2020).

In Albania, the killing of a young man out past curfew triggered a wave of violent demonstrations that led to the resignation of the interior minister. On 8 December, police killed Klodian Rasha, a 25-year-old man who was out in Tirana past curfew (Exit, 9 December 2020). The officer responsible was arrested, although violent demonstrations expressing anger at the state took place across the country, leading to many arrests and injuries (Exit, 15 December 2020). The demonstrators demanded the resignation of Interior Minister Sander Lleshaj, who resigned only days later on 10 December (Exit, 10 December 2020).

In the Donbas region in Ukraine, fighting between Ukrainian government forces and Russian-led separatists remained at very low levels. There were 21 armed clashes, 45 shelling incidents, and no fatalities reported.