ACLED Expands Coverage to All of Europe

14 January 2021: The Armed Conflict Location & Event Data Project (ACLED) has now expanded real-time coverage to all of Europe, extending the dataset to 37 new countries and territories. These data add more than 28,000 political violence and demonstration events and bring ACLED’s combined Europe dataset — now covering a total of 52 countries and territories — to over 47,000 events from the beginning of 2020 to the present.

The expansion allows for new data-driven analysis of a range of key disorder trends across Europe, from Yellow Vest demonstrations in France and protests over abortion restrictions in Poland, to prison unrest in Italy and climate-change strikes in Sweden, to far-right activity in Germany and separatist movements in Spain.

Full analysis of these trends will be presented in an upcoming special report. Find the latest analysis and an interactive dashboard mapping the data on our new Europe Resources page.

Political Violence and Protest in Europe: 2020

From January to December 2020, ACLED records more than 46,000 political violence and demonstration events across the region: 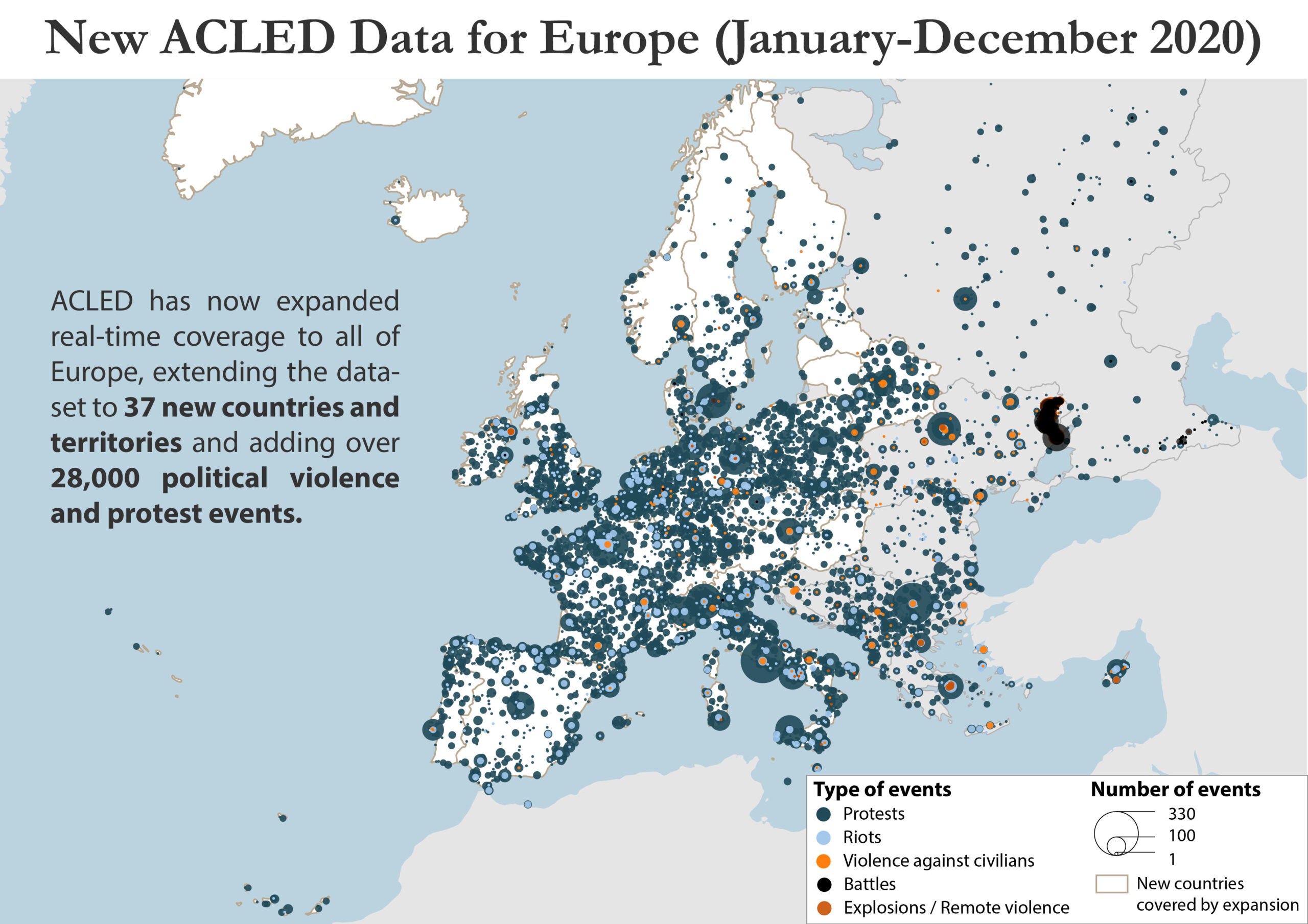