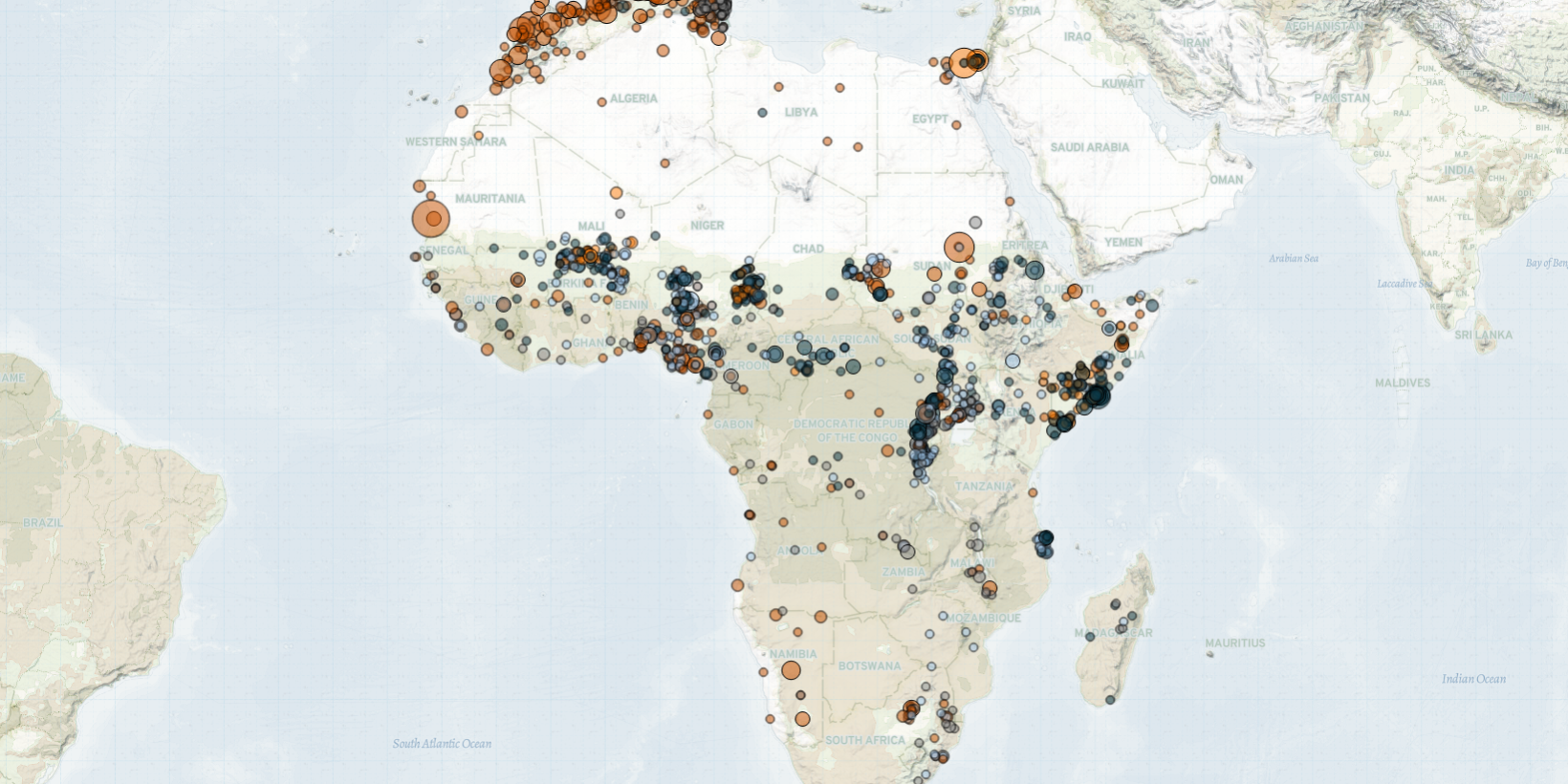 Last week in Africa, the head of the peacekeeping mission in the Central African Republic called for greater capacity amid a worsening security situation; countrywide clashes were reported between demonstrating youths and state forces throughout Tunisia; and large-scale intercommunal violence erupted in the South and West Darfur states of Sudan.

In Somalia, Al Shabaab militants launched a series of assassination attempts on political figures. In Lower Shabelle, Al Shabaab militants detonated an improvised explosive device (IED) targeting a convoy transporting the governor of Lower Shabelle between Afgoye and Balidogle. In Mogadishu, separate IED attacks unsuccessfully targeted the Minister for Agriculture, and the District Commissioner for Yaqshid, while another attack claimed the life of the Deputy Commissioner of Security for Garasbaley. The spate of militant attacks came in the aftermath of the final withdrawal of all United States ground forces from the country (Garowe Online, 17 January 2021). Early claims of mass Al Shabaab fatalities in operations by Ugandan forces, were later denied by Uganda’s permanent representative to the United Nations, Adonia Ayebare (Garowe Online, 27 January 2021).

In Sudan, major outbreaks of intercommunal violence were reported in the states of South and West Darfur, leading to the displacement of more than 100,000 people (UNHCR, 22 January 2021). In West Darfur, fighting involving armed members of the Rizeigat and Masalit communities left more than a hundred people dead. Unknown gunmen also attacked the residence of the governor of West Darfur, but were repelled by armed guards. In South Darfur, significant fatalities were also recorded during fighting between Rizeigat and Fellata ethnic militias. The latest fighting between Rizeigat and Fellata ethnic militias comes only months after community leaders co-signed a reconciliation document in August, building on an earlier truce agreement signed in May 2020 (Radio Dabanga, 4 August 2020).

In the Central African Republic, the rebel Coalition of Patriots for Change (CPC) targeted commercial trucks as part of a campaign to disrupt the main supply route between Bangui and neighboring Cameroon. In one attack, rebel fighters killed two Cameroonian truck drivers at the village of Foro. Ongoing disruptions have led to shortfalls and dramatic surges to the prices of basic commodities across the country (OCHA, 20 January 2021). The worsening security situation prompted Mankeur Ndiaye, Head of the United Nations Multidimensional Integrated Stabilization Mission in the Central African Republic (MINUSCA), to call for a greater deployment of peacekeepers and military equipment to the country (UN, 21 January 2021).

In Nigeria, significant numbers of bandits were killed in clashes centered in the northwest, as hundreds agreed to surrender arms in Kaduna state. In Zamfara, dozens were killed during clashes between state forces and bandits in the Maradun and Bungudu local government areas, while more than a dozen civilians were killed when bandits attacked the village of Bingi in Bungudu. In Kaduna, state forces launched airstrikes on targets at Farin-Ruwa in the Birnin-Gwari area. Meanwhile, more than 500 bandits operating in the Birnin-Gwari area and along the Zaria-Giwa road, agreed to surrender their arms during peace talks at Sabon Garin Yadi (Sahara Reporters, 21 January 2021).

In Tunisia, ongoing demonstrations and clashes between youth and police continued to escalate during the week. The demonstrations, lacking any obvious leadership or political agenda, have been linked to high youth unemployment and economic disadvantage (AP, 22 January 2021). Hundreds of youths have been arrested during the violence (France24, 23 January 2021), spurring further demonstration activity. Unions and civil society organizations have come out in support of the youths and demanded the resignation of the government.