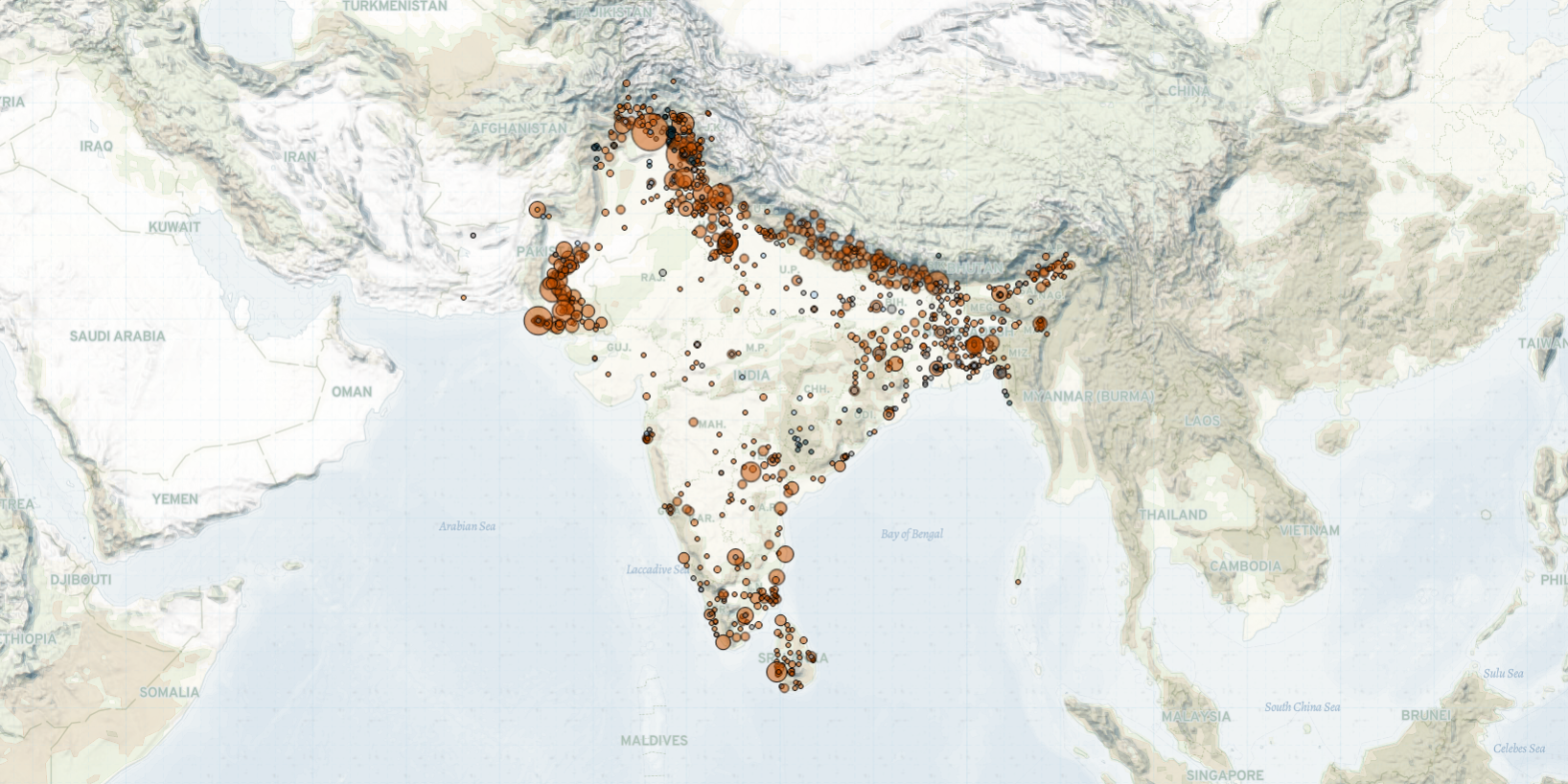 Last week in South Asia, cross-border violence between India and Pakistan decreased, while Indian troops clashed with Chinese soldiers in a contested border area in Sikkim state. In India, Naxal-Maoists targeted civilians in Chhattisgarh, while another group of rebels surrendered to the police under a rehabilitation campaign. Demonstrations against the new farm laws in the Indian capital turned violent, as farmers stormed a historic monument and clashed with police. Finally, election violence broke out in Bangladesh between ruling and opposition candidates prior to and during the municipal polls.

The Indian border has been relatively peaceful, except for sporadic cross-border clashes with Pakistani forces and a face-off with Chinese troops. On 25 January, the Indian army reported that Chinese and Indian soldiers clashed in a disputed border area in North Sikkim district on 20 January, leaving troops from both sides injured (Deutsche Welle, 25 January 2021). The clash erupted as the Indian army prevented China’s People’s Liberation Army (PLA) from entering Sikkim state (India Today, 25 January 2021). The incident took place prior to the ninth round of military talks between India and China regarding the disengagement of troops from eastern Ladakh. During the talks, both countries agreed to advance de-escalation and dismissed the Sikkim border incident as a minor scuffle (Al Jazeera, 25 January 2021).

Meanwhile, cross border violence between Indian and Pakistani forces decreased last week. Only four incidents of cross-border exchange of fire between Indian and Pakistani forces were recorded last week, and no casualties were reported. After discovering an underground tunnel near a border outpost in Kathua district in Jammu and Kashmir (J&K), the Indian Border Security Force (BSF) has focused on detecting other tunnels to prevent the infiltration of militants from Pakistan (Hindustan Times, 23 January 2021).

Elsewhere in India, Naxal-Maoist violence against civilians in rural areas increased in Chhattisgarh state. Communist Party of India (Maoist) rebels killed four civilians, accusing them of being police informers in three different incidents. In another retaliation attack, Maoists killed a police constable who was also a former Maoist rebel. The recent increase in violence against civilians is part of an ongoing trend of extortion and attacks on locals. Maoists face declining support from the public amid intense combing operations and advancement by security forces into Maoist strongholds. Local sources suggest that the number of civilian deaths is underreported due to fear of reprisals (India Today, 10 December 2020). Meanwhile, 24 Naxals surrendered during a rehabilitation campaign in Dantewada district of Chhattisgarh on Republic Day, allegedly citing the “hollow ideology” of the Maoist movement as a reason (Hindustan Times, 27 January 2021). The rehabilitation campaign spearheaded by the Chhattisgarh police includes 50 Maoist-dominated villages in the state of Chhattisgarh and focuses on providing livelihood opportunities for surrendered militants (Hindustan Times, 27 January 2021).

A large demonstration against the new Indian agricultural laws turned violent in the city of Delhi, after farmers breached security to storm the historic Red Fort, a 17th-century palace. Every year on Independence Day, the prime minister hoists the Indian national flag at the Red Fort. In a symbolic act, the farmers hoisted farm unions and religious flags at the fort. One farmer died and more than hundreds were injured during the clashes as India celebrated the Republic Day national holiday — the day when the Constitution of India came into effect, establishing India as a republic (Reuters, 29 January 2021). Clashes between demonstrators and the police were also reported in the northern states Haryana, Uttar Pradesh, and Punjab, where police attempted to stop thousands of farmers from marching and driving to the capital. The escalation in demonstrations took place after eleven rounds of talks between the government and farmer leaders ended in a deadlock. The government has offered to suspend the new farm laws for 18 months and to set up a committee to resolve the farmers’ grievances regarding the laws. However, the farmers and their unions are adamant that the legislation will benefit big retailers and private firms at the expense of farmers, and are insisting on a full repeal of the laws (Reuters, 30 January 2021). Two farmer representative organizations condemned the violent events in Delhi and withdrew from the farmer movement (Indian Express, 28 January 2021).

Lastly, the third phase of the municipal elections in Bangladesh, most of which have been set for 30 January, were preceded by reports of attacks and clashes between political rivals (Dhaka Tribune, 30 January 2021). Violence between the ruling Awami League (AL) and the opposition Bangladesh Nationalist Party (BNP), and attacks on BNP candidates, took place in Rajshahi and Chittagong districts. The mayoral election in Chittagong city concluded on 27 January, amid multiple reports of clashes around the city. One person was killed during a clash between two rival councillor candidates and another was killed in an election dispute between two factions of the AL (Dhaka Tribune, 27 January 2021). Election officers suspended voting in two polling centers in the city after voters occupied and vandalized the centers (Dhaka Tribune, 27 January 2021). Election violence is common in Bangladesh, as political opponents frequently question the fairness of the electoral process and report intimidation and harassment (Voice of America News, 5 January 2019).