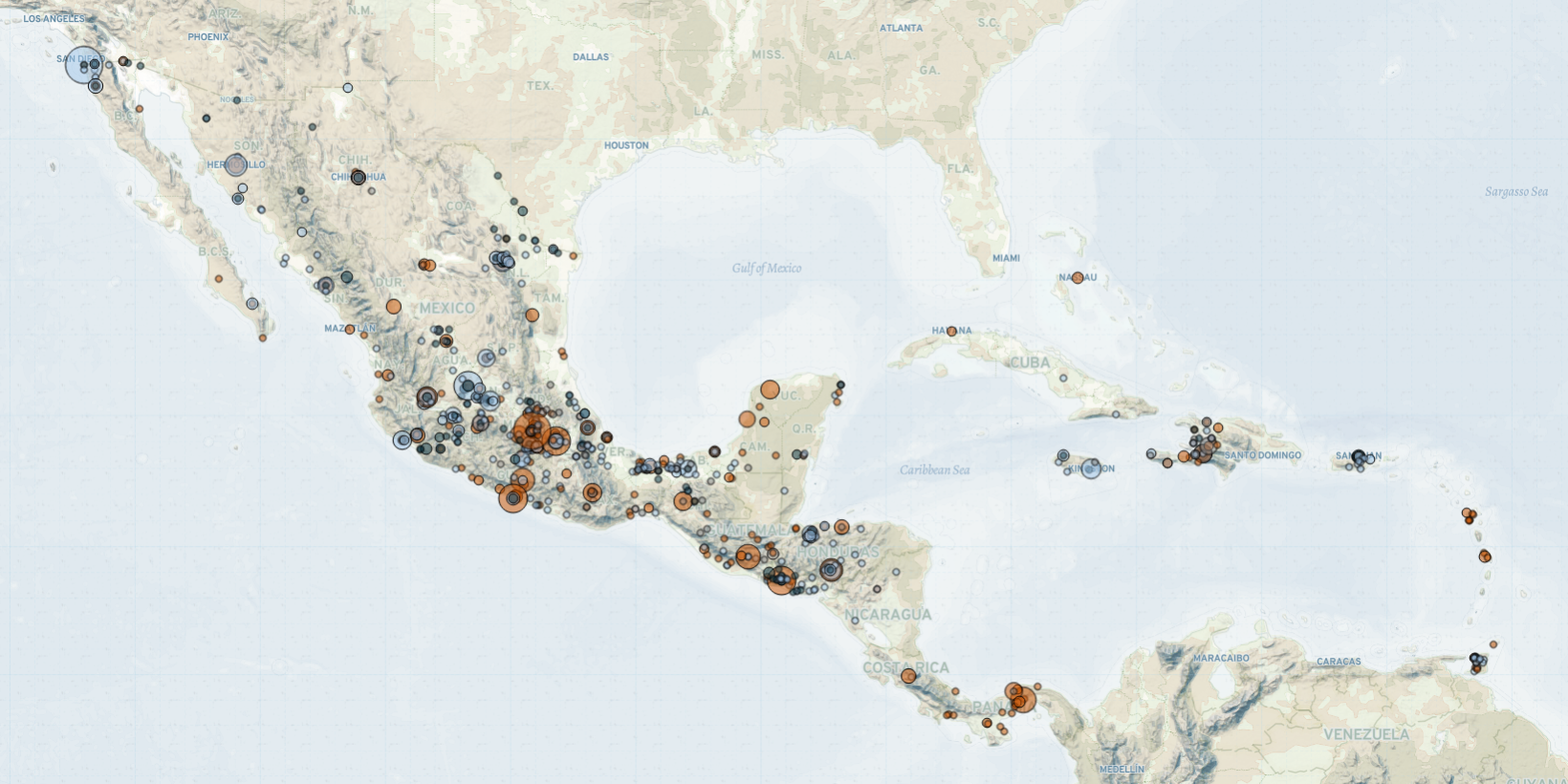 Last week in Mexico, Central America, and the Caribbean, unrest and violence continued ahead of key electoral dates. In Haiti, anti-government demonstrations continued as the alleged end of the president’s constitutional mandate neared. In El Salvador, four opposition supporters were shot by government employees, two fatally, four weeks ahead of the legislative and municipal elections. In Honduras, a mayor was shot and injured by unknown gunmen months before general elections scheduled for November. Meanwhile, in Jamaica, the former lieutenant of the Shower Posse Gang was killed by several armed men, raising concerns over a possible surge in gang violence in Kingston. Lastly, in Mexico, the killing of a female student generated multiple protests against gender-based violence across several states.

In Haiti, controversies over the electoral calendar continue to spark unrest. In the week leading up to 7 February 2021 — the end of President Jovenel Moise’s constitutional mandate according to the opposition — demonstrations and a general strike calling for the president’s resignation were held throughout the country. President Moise was elected in 2016 after thefirst election round held in 2015 was suspended for fraud. He took office for his five-year mandate in February 2017 (Europa Press, 16 January 2021). While members of the opposition argue that the president’s constitutional mandate ends in February 2021, supporters of the president claim that his mandate extends to 2022. In Les Cayes, Sud region, opposition groups, including members of the Platform Pitit Desalin party, took to the streets during the general strike. Police responded to the peaceful protest by using tear gas and shooting live ammunition into the air. At an anti-government protest in Ouanaminthe, Nord-Est region, two protesters were injured after getting pelted with rocks by pro-Moise demonstrators.

President Moise has faced waves of demonstrations and plummeting approval rates over several issues (Balistrad, 16 January 2021), including rising insecurity, allegations of close ties with gangs used to crackdown on members of the opposition, and the introduction of controversial decrees. He has ruled by presidential decree since early 2020, after the parliament was dissolved upon reaching the end of its mandate and failing to vote on the tenure of new parliamentary elections. The day after the anti-government demonstrations last week, a police operation was launched in the Jubile neighborhood in Gonaives, an area known as an anti-government stronghold. Two bystanders were shot and injured in a clash between armed men and police forces. There were unconfirmed reports that a person was killed and that the body was taken away by police. The operation is reminiscent of one in December 2019, when a similar police incursion, accompanied by members of the Polda gang, was conducted in Gonaives in order to put down anti-Jovenel rebellions (Rezonodwes, 16 December 2019). (For more on increased gang violence amid rising authoritarianism in Haiti, see ACLED’s 10 conflicts to worry about in 2021 series).

Meanwhile, in El Salvador, a group of government employees attacked a truck of supporters of the Farabundo Marti National Liberation Front (FMLN), the country’s main opposition party. The attack comes four weeks before the holding of legislative and municipal elections. The attackers opened fire on the FMLN supporters who were returning from a political rally in San Salvador, killing two of them and injuring two others. The FMLN was formed in 1980 as a coalition of left-wing guerilla groups, and was one of the main actors in the civil war, after which it demobilized and became a legal political party. Immediately after the shooting, President Nayib Bukele accused the FMLN of having staged the incident in a bid to garner sympathy ahead of the upcoming elections. On 3 February, a former councilman affiliated with the FMLN was stabbed and killed in his house in Tierra Blanca. These attacks came shortly after the president made comments calling the peace agreement between the FMLN and the government to end the Salvadoran Civil War in 1992 a “farce” (The Tico Times, 5 February 2021). Human rights groups accuse Bukele of contributing to political tensions (Al Jazeera, 8 February 2021).

In Honduras, the mayor of the town of Yoro was shot by unknown attackers, leaving him injured. This is the second attack on a mayor or former mayor in the Yoro province in the last four months. In 2015, several mayors in the Yoro province were arrested for leading criminal narco-trafficking gangs (Insight Crime, 26 October 2015). It is not clear whether this attack was connected to drug trafficking groups. An alternative explanation might be related to the upcoming elections scheduled for 27 November 2021. The victim of the attack was a member of the Liberty and Refundation (LIBRE) party, one of the main parties standing for elections. In the lead-up to the November 2017 elections in Honduras, several political activists were killed, sometimes with explicit political messages being left behind at the scene (TeleSur, 22 November 2017). Between January and November 2017, the United Nations High Commissioner for Human Rights (UNHCHR) recorded at least 15 killings of politicians, active local representatives, party activists, and candidates in the election (La Tribuna, 12 March 2018).

In Jamaica, authorities fear escalating tit-for-tat killings in an ongoing gang war following the killing of a former lieutenant of the infamous Shower Posse Gang by unknown gunmen (Loop News Jamaica, 2 February 2021). In 2010, following the extradition to the United States of the Shower Posse gang leader, the gang fell apart and factions began to fight for power. In 2020, Jamaica had the highest homicide rate of the region per 100,000 people (Insight Crime, 29 January 2021). Police forces announced their intention to increasingly rely on the implementation of states of emergency to combat violent crime in Jamaica. States of emergency give security forces special powers, such as the authority to carry out searches without a warrant (Jamaica Gleaner, 18 January 2018). They were used between 2018 and 2020. However, the practice came to an end when Jamaica’s highest court ruled the detention of five men under a state of emergency unlawful (Loop News Jamaica, 3 February 2021). Meanwhile, the National Security Minister announced a legislative reform to allow the government to tackle crime on the island (Jamaica Gleaner, 2 February 2021).

In Mexico, hundreds of medical students, doctors, and feminist organizations protested against femicides in the states of Chiapas, Michoacan, and Yucatan last week. Protests were sparked by the killing of a female medical student by an unknown attacker. Weeks before, the victim had requested to be transferred to another hospital after reporting a sexual assault by a member of the community where she was working (Infobae, 6 February 2021). In 2020, nearly 1,000 femicides were recorded in Mexico (Milenio, 25 January 2021). Domestic violence and killings of women have surged in the country during the coronavirus pandemic. The issue has been downplayed by the government, which voted to slash the budgets for women’s shelters in July 2020 (The Guardian, 22 July 2020).