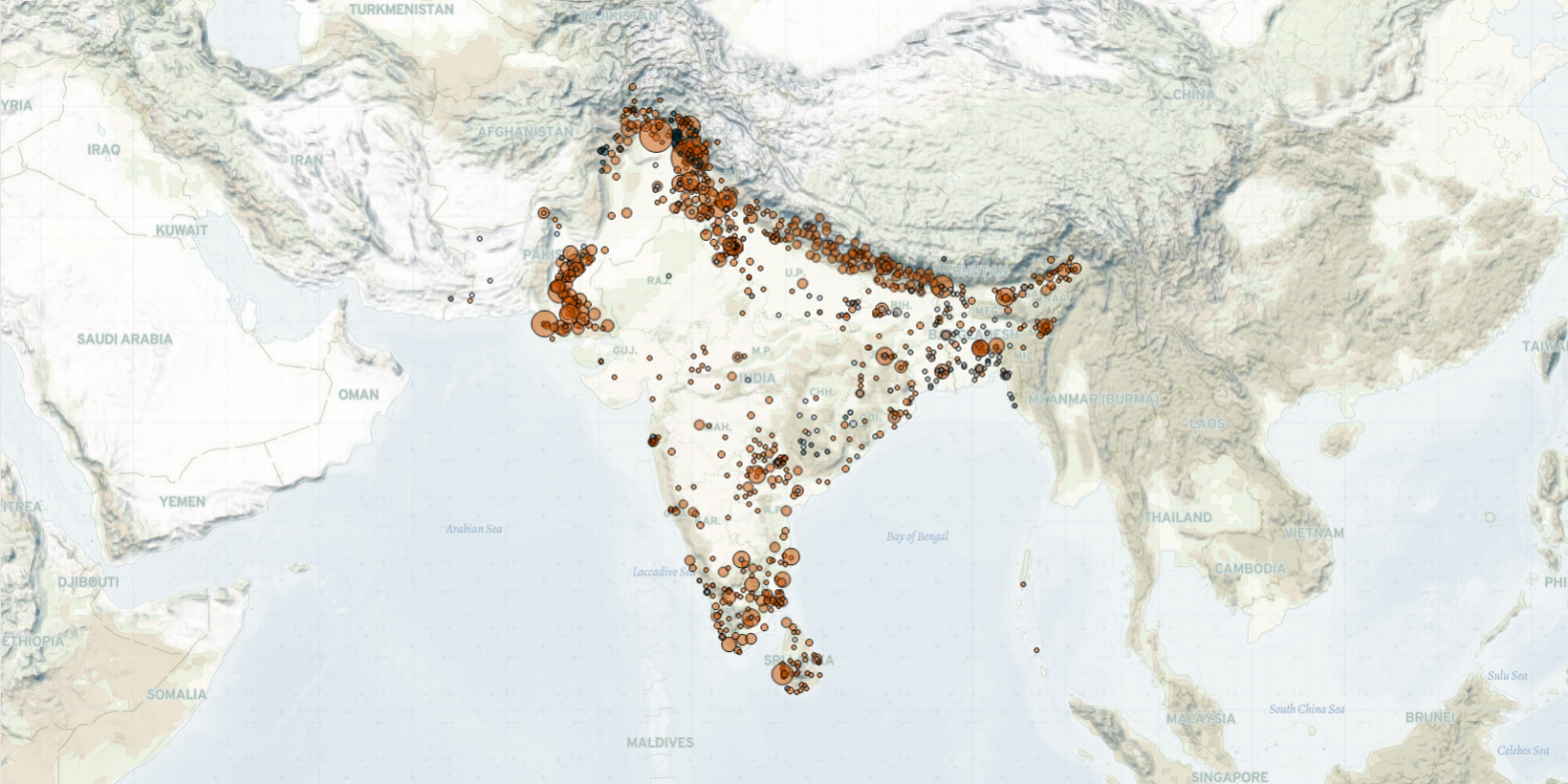 Last week in South Asia, militant groups in Pakistan, including the Taliban and Baloch separatists, launched attacks against security forces and civilians. In India, Naxal-Maoist rebels expanded their militant activities beyond Chhattisgarh state. Internet restrictions imposed around the abrogation of Article 370 in the Indian Jammu and Kashmir (J&K) state were lifted after a year and a half. Demonstrations in Nepal surged as the opposition denounced the appointment of members of constitutional bodies by the caretaker government. Lastly, the third phase of the municipal elections in Bangladesh was marked by clashes between political rivals and boycotts by opposition candidates.

Last week in Pakistan, the Taliban and other militants resurfaced and launched attacks on state forces in Khyber Pakhtunkhwa (KP) province. In North Waziristan district, four Tehreek-i-Taliban Pakistan (TTP) militants and two soldiers were killed during an encounter following a search operation in the area. Three suspected TTP militants were killed in an intelligence-based operation in Lower Dir district. Unidentified militants fired at officers from the Counter-Terrorism Department, killing one officer and injuring at least two others. In August 2020, the anti-government fundamentalist TTP reunited with two splinter groups: Jamat-ul-Ahrar (JuA) and Hizb-ul-Ahrar (HuA). This signaled a potential regrouping of militants in the former tribal areas of KP and further threats to security in the region (Al Jazeera, 18 August 2020; League of India, 1 February 2021).

Rallies were held throughout Pakistan to pay homage to the Kashmiris who died in cross-border violence with India, and in support of the Kashmiri people’s right to self-determination (Al Jazeera, 5 February 2021). A bomb explosion in Sibi town injured at least 16 people at a Kashmir Solidarity Day rally. The Baloch Republican Army (BRA) claimed responsibility for the explosion. Another bomb explosion targeted a Kashmir Solidarity Day rally led by a former member of the national assembly of Pakistan. The explosion occurred near the office of the deputy commissioner in Quetta, the capital of Balochistan province, killing two people. No group has claimed responsibility for the Quetta incident (AP News, 5 February 2021).

Further, the BRA attacked an army checkpost in Kech district, killing one army personnel. Separatist groups demanding more autonomy and access to the region’s natural resources have attempted to revive the Baloch separatist movement since last year, leading to an increase in attacks and clashes (for more on Baloch separatism, see ACLED’s annual report Ten Conflicts to Worry about in 2021).

In India, Maoist violence increased and expanded to states beyond Chhattisgarh. Naxal-Maoist rebels attacked civilians and clashed with security forces in Chhattisgarh, Odisha, and Madhya Pradesh states. Four civilians were killed and three others were abducted on suspicion of working with police against the militants. Security forces killed one Communist Party of India (Maoist) rebel during an exchange of fire in Odisha state. Meanwhile, police, following a tip-off, recovered about 25,000 detonators from a vehicle in West Bengal state, suspecting they belonged to the Communist Party of India (Maoist) (The Telegraph, 5 February 2021). The increase in violence could be due to regrouping and employing new tactics to maintain the Maoist movement beyond its stronghold in Chhattisgarh.

Elsewhere in India, internet restrictions that were enforced after the abrogation of Article 370 in J&K in August 2019 were lifted last week in all of the Union Territory. High speed internet services were restored as the Indian government has faced increased criticism for restricting the internet (The Indian Express, 6 February 2021). The suspension took place a day before the government stripped the special status of J&K and bifurcated it. Thus, the authorities hoped to prevent anticipated tensions and possible militant attacks from across the border with Pakistan (The Indian Express, 6 February 2021). Internet restrictions in the state have reportedly obstructed economic development and patient care, especially during the coronavirus pandemic (Deccan Herald, 5 February 2021).

In Nepal, demonstrations increased in comparison with the previous week, as the Nepal Communist Party’s (NCP) faction led by Pushpa Kamal Dahal launched a general nationwide strike against the appointment of members of constitutional bodies by the caretaker government. Demonstrators denounced the provisional government’s decision to appoint new officers and to reshuffle the cabinet as unconstitutional (Times of India, 4 February 2021). NCP, led by Dahal and its student union, clashed with police and assaulted civilians in the capital and multiple other cities, attempting to enforce a complete shutdown of schools, transportation, and markets. Hundreds of demonstrators were arrested across the country over vandalism and vehicle arson (Times of India, 4 February 2021). The splinter group has been organizing demonstrations since parliament was dissolved on 20 December 2020, and has accused the government of corruption and mishandling of the coronavirus pandemic (AP News, 4 February 2021). Various other opposition parties have planned nationwide demonstrations through at least 12 February against the dissolution of parliament (GardaWorld, 29 January 2021).

Finally, the third phase of the municipal elections in Bangladesh concluded amid violence, boycotts, and election irregularities. Dozens were injured in clashes that took place in numerous municipal areas during and after the voting. In Tangail district, a clash between supporters of two councillor candidates resulted in the injury of 15 people; three of them suffered critical injuries (The Daily Star, 31 January 2021). Two journalists who covered clashes between rival candidates and alleged attempts at vote-rigging were assaulted in two incidents. Some candidates from the opposition, including the Bangladesh Nationalist Party (BNP) and independent mayoral candidates, boycotted the elections and accused the ruling Awami League (AL) party of rigging the polls (The Daily Star, 31 January 2021). Mob violence and attacks are common during elections in Bangladesh, as the opposition frequently casts doubt on the fairness of the electoral process, often reporting intimidation by the ruling party (Voice of America News, 5 January 2019).