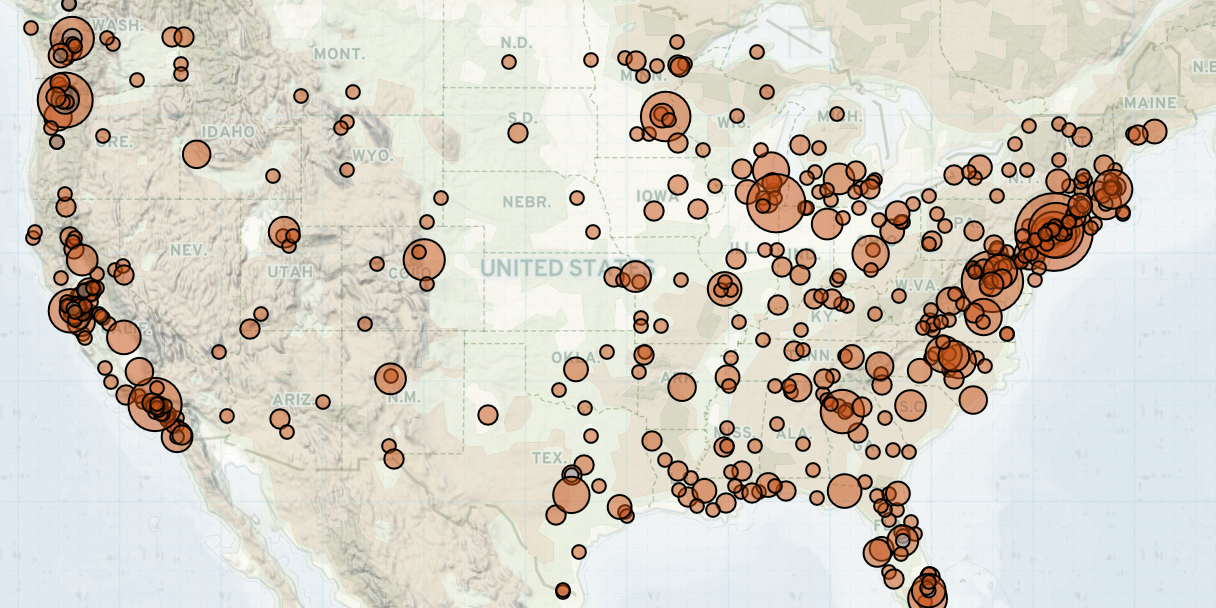 Demonstrations in the United States continued to decline last week following the Capitol riot in early January, decreasing by approximately one-third compared to the week prior. No large ‘Stop the Steal’ rallies supporting former President Donald Trump’s unsubstantiated claims of election fraud were reported for the first time since the 2020 presidential election. Meanwhile, unrest related to the COVID-19 pandemic accounted for approximately 37% of all demonstrations reported last week. Demonstrations associated with the Black Lives Matter (BLM) movement increased by more than 50% compared to the week prior, yet remained at levels well below those following George Floyd’s killing in May 2020. Militia training activities were reported in multiple states, including California, Colorado, and South Carolina.

Demonstrations held by Trump supporters significantly decreased last week relative to weeks prior. Several small protests by Trump supporters were reported, including a ‘Freedom Rally’ and ‘Make Liberals Cry Again’ rally in Pasadena, California and West Hollywood, California, respectively. While Trump’s impeachment trial for inciting the Capitol insurrection began in the Senate on 9 February (CNBC, 9 February 2021), demonstrations specifically supporting Trump’s unfounded allegations of election fraud largely vanished from reports last week. Some Trump supporters seem to be moving towards hiding their affiliation with the former president. Online planning for a “scamdemic” anti-vaccination protest at Dodger Stadium specifically called for participants to refrain from wearing Trump apparel to “resonate with the sheeple” (ABC 7 San Francisco, 30 January 2021). Meanwhile, the new Secretary of Defense, Lloyd Austin, ordered each branch of the military to “stand-down” to discuss the threat posed by white supremacy and anti-government extremism within the next 60 days (NBC News, 3 February 2021).

While new COVID-19 cases continue on a downward trend — down by about 35% during the last two weeks compared to early January (New York Times, 9 February 2021) — protests related to the pandemic accounted for the greatest proportion of all demonstrations last week. Demonstrations calling for restarting in-person learning continued at a similar rate, whereas demonstrations against reopening schools decreased by about half compared to the week prior. In an effort to accelerate the resumption of in-person learning, President Joe Biden issued an executive order called “Supporting the Reopening and Continuing Operation of Schools and Early Childhood Education Providers” on 21 January (White House, 21 January 2021). In addition to demonstrations related to resuming in-person learning, there were also demonstrations calling for the immediate implementation of an economic relief plan, including rent cancellation for those who have been affected by the coronavirus pandemic. The inclusion of rent cancellation in Biden’s plan comes as demonstrations in support of the ‘Cancel the Rents’ movement persist, accounting for one-eighth of demonstrations last week. Meanwhile, both chambers of Congress approved a budget resolution for President Biden’s $1.9 trillion stimulus plan on 5 February, with Vice President Kamala Harris breaking a 50-50 tie in the Senate (CNET, 5 February 2021). The resolution is not legally binding but sets a framework to bypass any filibuster in the Senate for the COVID-19 relief bill (New York Times, 9 February 2021).

With February marking Black History Month in the US, demonstrations associated with the BLM movement increased slightly last week compared to the week prior. Still, they remained well below the numbers seen last summer in the immediate aftermath of George Floyd’s death. Meanwhile, several vandalism events targeting the BLM movement and in support of the white supremacist Patriot Front were reported on the campuses of Cincinnati-area universities, both in Cincinnati, Ohio and in northern Kentucky (The Enquirer, 31 January 2021).

In other developments, a small number of militia activity events were reported last week. The American Contingency held several firearm training courses for pistol and rifle skills in California, Colorado, and South Carolina. Similar to previous weeks, militia activity is likely underreported as groups may fear that publicizing their activity would invite investigation by federal and local law enforcement amid the crackdown on far-right organizations following the Capitol riot.