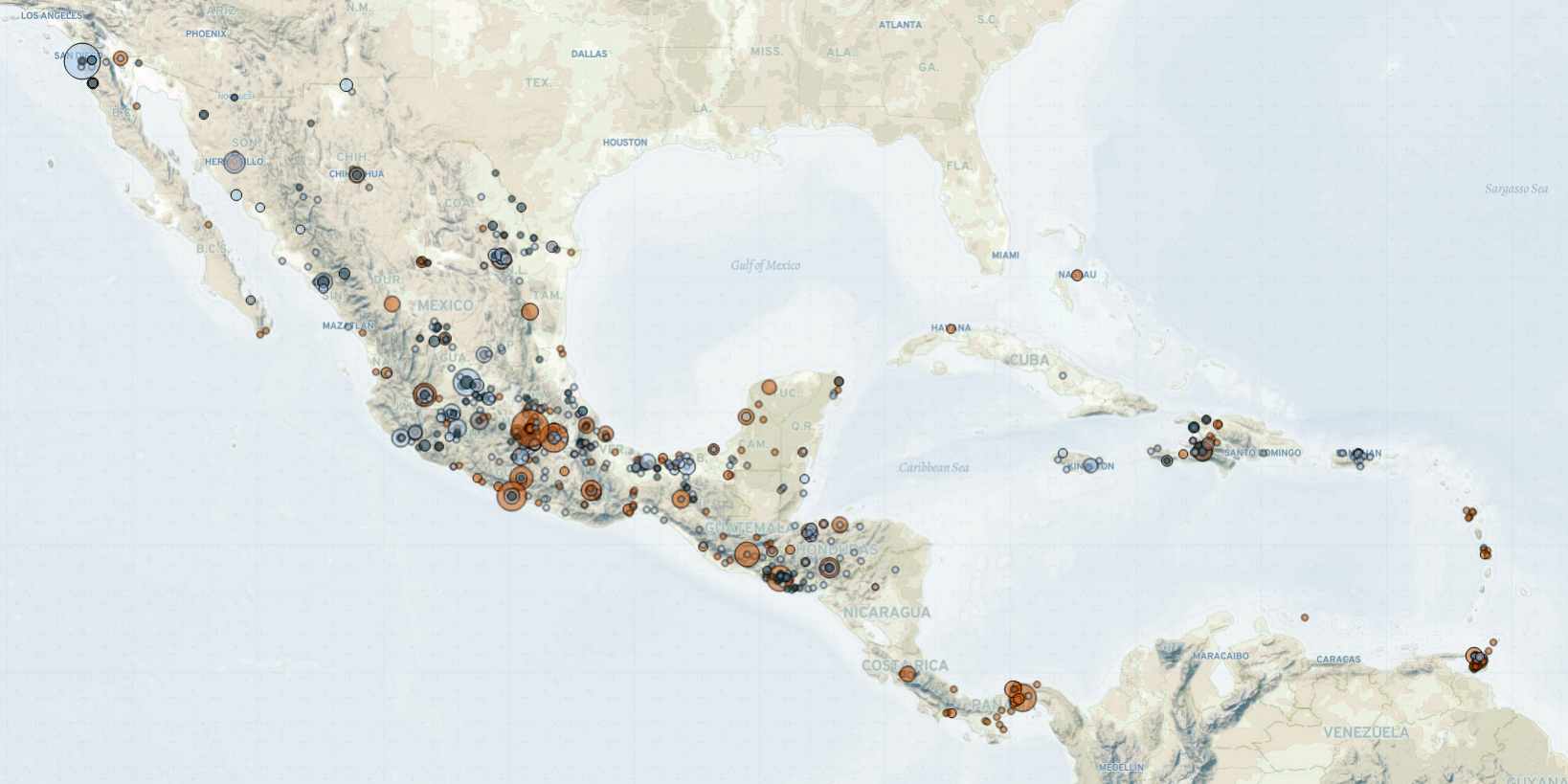 Last week in Mexico, Central America, and the Caribbean, demonstrations and political violence remained high. In Haiti, demonstrations to demand the end of President Jovenel Moïse’s term continued amid several arrests of political opponents accused of attempting a coup. Police repression of these demonstrations left several journalists injured. In Mexico, violence against political representatives resulted in the killing of a mayoral candidate in Veracruz and an attack against a mayor in Oaxaca state. Meanwhile, the killing of a woman in Trinidad and Tobago, as well as another in Honduras, caused general outrage, triggering demonstrations against gender-based violence in each of these countries. Finally, in Honduras, health workers protested, demanding vaccination to reduce the risk of coronavirus infection.

In Haiti, demonstrations against President Moïse continued after 7 February,  which the opposition saw as the end of his mandate. A group of 23 people, including opposition members and a high ranking police official, were arrested on allegations of plotting a coup. The arrests follow a call by opposition leaders to remove President Moïse from office to install a Superior Court Judge as transitional president (Deutsche Welle, 8 February 2021). Among those arrested was the Judge Ivikel Dabrézil, who was one of the three candidates that opposition groups were considering for the interim presidency (The Associated Press, 8 February 2021). After the arrests, another Superior Court Judge, Mécène Jean-Louis, was named transitional president by opposition leaders.

Beginning in the last months of 2020, the controversy over the date set for the end of the presidential term has sparked unrest. Members of the opposition argue that the president’s constitutional mandate ended on 7 February 2021, while supporters of the president claim that his mandate extends to 2022 (Europa Press, 16 January 2021). The president has rejected accusations of dictatorial tendencies following the arrest of opposition members by reaffirming that he is stepping down in February 2022.

Following these arrests, hundreds of people took to the streets in Port-au-Prince and in another five departments to demand President Moïse to step down (France 24, 10 February 2021). During these demonstrations, police cracked down violently on the participants using live ammunition and tear gas. In two instances, in Port-au-Prince, police reportedly targeted journalists covering the protests, including two journalists who had to be brought to the hospital in critical condition after having been shot. In another instance, police shot tear gas into a van with journalists on board. Haiti’s ranking in the Press Freedom Index dropped in 2020 due to the increasing repression of police against journalists covering demonstrations (Reporters Sans Frontieres, 2020).

Meanwhile, in Mexico, attacks against politicians continue ahead of the federal election scheduled for 6 June. In Puente Nacional, Veracruz, a pre-candidate for mayor of the National Regeneration Movement party (MORENA) was killed by unidentified gunmen when the victim was on his way to a party meeting. Also, two armed men carried out a drive-by shooting at the house of the mayor of San Francisco del Mar municipality, Oaxaca, though no fatalities were reported. The mayor claims that the attack was intended to intimidate and discourage him from running for re-election (La Jornada, 10 February 2021). As in previous elections, attacks targeting politicians tend to rise in the months before elections as gangs seek to influence election results by killing and intimidating candidates standing against their activities (Milenio, 9 February 2021). In the first months of 2021, ACLED records at least 18 incidents targeting candidates, resulting in the deaths of ten candidates, government, and former government officers. In the six months leading up to the federal elections of July 2018, ACLED records over 200 such attacks; if such trends are indicative, such targeting of candidates and politicians will continue.

In Trinidad and Tobago, protests against gender-based violence took place throughout the country last week. The demonstrations were sparked by widespread outrage after the killing of a woman. The woman had boarded an illegal taxi on her way home from work and never made it home. Her body was discovered six days later at a dumping ground with four other sets of human remains. Protesters held candlelight vigils in cities all over the country, demanding justice and calling for an end to gender-based violence. Smaller-scale protests for this same reason have taken place in the past after similar cases. However, the scale and spread of last week’s protests was unprecedented in recent history. ACLED records protest events in 12 of the 14 administrative subdivisions of the island of Trinidad.  Trinidad and Tobago ranks among the countries with the highest rates of femicide in the region with 2.9 cases per thousand inhabitants — the highest in the Caribbean (CEPAL, 2020).

Similarly, in Honduras, the death of a female student nurse in a police cell triggered demonstrations against gender-based violence in Tegucigalpa and the departments of Intibuca and Atlantida. The student died on 6 February while she was detained by police officers for allegedly violating the curfew imposed to prevent the spread of the coronavirus. The victim’s family, students, and members of civil society organizations demand justice and thorough investigations after the initial police claim of suicide was challenged by contradicting testimonies and an autopsy that suggested homicide by strangulation (BBC, 10 February 2021). In Intibuca, police officers clashed with demonstrators who attempted to set a police station on fire using Molotov cocktails. While in Tegucigalpa, the participants set a police motorcycle on fire; law enforcement intervened using tear gas to disperse the demonstration. Honduras is ranked first in the region with the highest rate of femicides with 6.2 cases per thousand inhabitants (CEPAL, 2020).

Also in Honduras, health workers protested, demanding vaccines and better protective equipment to combat the coronavirus. In at least four departments, doctors protested outside hospitals claiming that their current work conditions do not offer enough protection to reduce the high risk of infection to which they are exposed. The Honduran Doctors Association reported that the infections of health workers have increased in the first months of 2021, causing the deaths of more than 100 doctors and nurses since March 2020 (La Vanguardia, 10 February 2020). Honduras is not among the countries of the region with the highest rates of infection. However, the government’s vaccination plan, which was supposed to start in February, has been delayed. Authorities have been waiting for the approval of the World Health Organization to use the AstraZeneca vaccine (Europa Press, 16 February 2021).