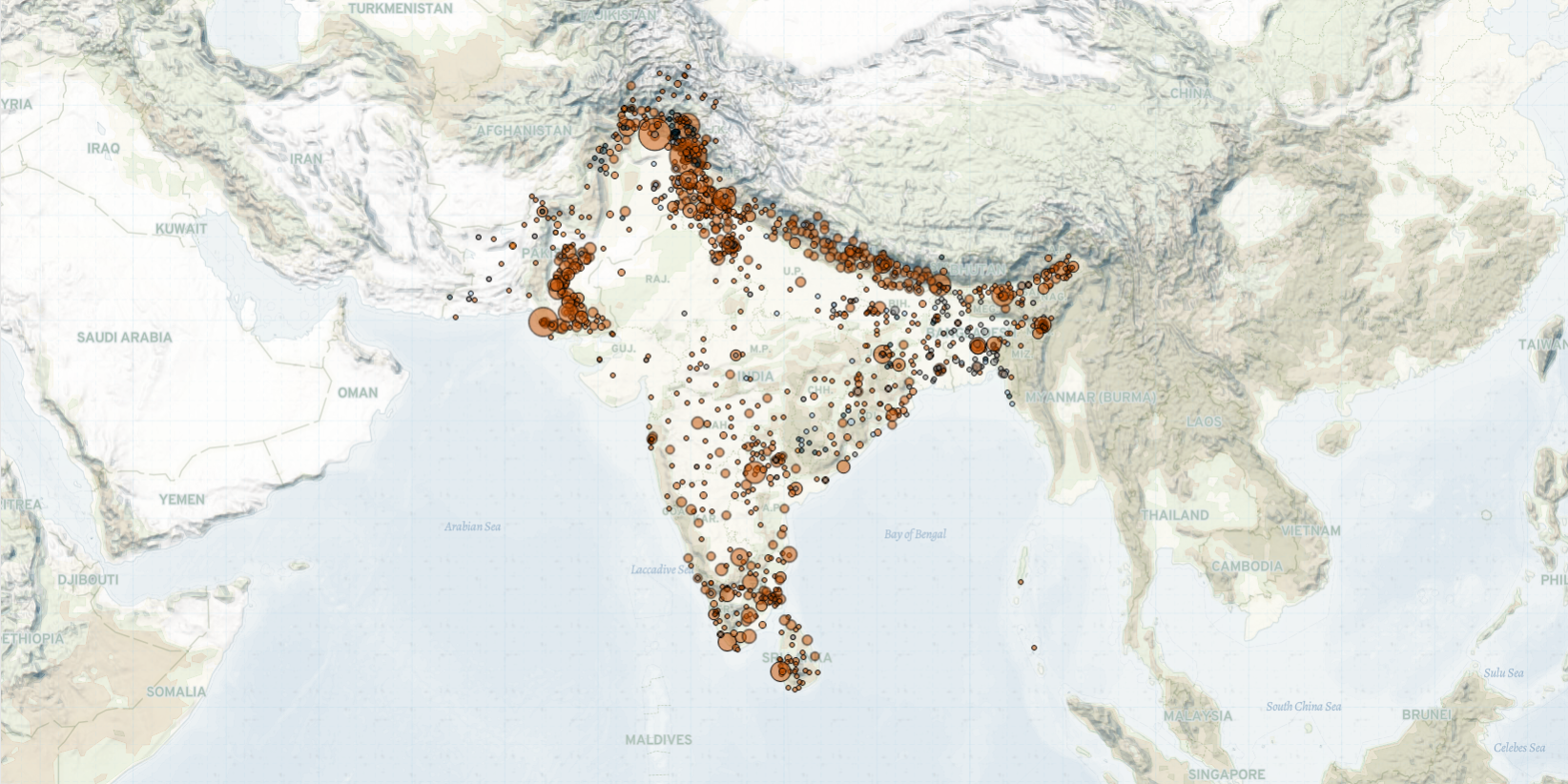 Last week in South Asia, a Baloch separatist group launched multiple attacks against Pakistani forces. Suspected Taliban militants also continued their attacks on state forces in Khyber Pakhtunkhwa (KP) province of Pakistan. Naxal-Maoist rebels continued to launch attacks on security forces in India, shifting their activities towards other states besides Chhattisgarh state. Demonstrations against the government increased in India and Nepal. Indian farmers demonstrating against the three new farm laws organized a nationwide road blockade. Opposition parties in Nepal continued denouncing the dissolution of parliament. Week-long demonstrations were held in the capital and the western part of the country against sexual violence after a 17-year-old girl was raped and killed.

In Balochistan province of Pakistan, the Baloch Liberation Army (BLA) took responsibility for three recent attacks on Pakistani forces in Kharan and Kohlu districts. The BLA detonated a landmine to target security forces deployed at a road construction site, killing one soldier and a contractor, while injuring at least six more. According to their media statements, the BLA has repeatedly warned the contractor company not to take part in development projects in Balochistan (Balochwarna News, 7 February 2021). Ongoing infrastructure and development projects are viewed by Baloch separatists as exploitation of the natural resources and labor by the army and foreign investors (for more on Baloch separatism, see this ACLED piece on rising organized violence in Balochistan).

Meanwhile, the Pakistani military carried out an offensive in several mountainous areas in Kohlu-Sibi and Harnai regions of Balochistan. According to media reports and Twitter posts, security forces shelled the houses of Baloch tribal civilians and at least six people were killed, while several others were wounded and abducted (Balochwarna News, 9 February 2021). Human rights violations, including the abduction and killing of civilians, have been reported during security force operations against separatist militants in recent years as well (BBC News, 22 February 2014).

Meanwhile, in KP province of Pakistan, suspected Tehreek-i-Taliban Pakistan (TTP) militants opened fire at a military check post in South Waziristan district. Four soldiers and four militants were killed in the attack. The former tribal region of Waziristan was a stronghold for local and foreign militants until 2017, when security forces claimed it was cleared of militants following several major operations. The mountainous region still sees occasional attacks, mostly targeting security forces (Gandhara, 16 September 2020). The few, yet regularly occurring, attacks could signal the potential regrouping of Taliban militants in an attempt to revive insurgency in the former tribal areas of KP.

The trend of rising Maoist violence in India has continued. Clashes between the rebels and security forces took place in Chhattisgarh, Jharkhand, and Bihar states. A trooper of the Special Task Force (STF) was killed when an IED went off in Bijapur District of Chhattisgarh, as the STF was on the way back from a security operation. Two Communist Party of India (Maoist) militants, including a commander, were killed in two encounters with security forces in Chhattisgarh and Bihar. Security forces recovered 46 IEDs from an area on the border of Chhattisgarh and Jharkhand states known as the Naxal headquarters for Jharkhand. During the past weeks, Naxal-Maoist rebels have expanded their violent activities to states beyond Chhattisgarh. According to police sources, the rebels are also shifting towards the bordering areas of Maharashtra, Madhya Pradesh, and Chhattisgarh. This is believed to be in response to anti-Maoist operations increasing over the last year in their stronghold in Bastar region of Chhattisgarh (Hindustan Times, 9 February 2021).

Also in India, demonstrations have increased, primarily due to farmer dissent against the three recently introduced farm laws. Farmers have demanded a full repeal of the new farm laws to deregulate India’s agricultural industry. Demonstrators organized road blockades on 6 February across the country, in every state except a few. Police arrested hundreds of farmers and their supporters near New Delhi city, as well as in Tamil Nadu and Telangana states. Amnesty International called for the release of the arrested peaceful protesters and criticized the Indian authorities’ targeting of government critics (Amnesty International, 9 February 2021). Additionally, at least eight journalists and politicians have been charged with sedition over “misreporting” protests and “inciting riots” via Twitter on the Republic Day national holiday (Amnesty International, 9 February 2021).

Likewise, there was a surge in unrest in Nepal, as opposition parties organized demonstrations against the dissolution of parliament in all district headquarters. Tens of thousands protested in Kathmandu city, opposing the caretaker government’s announcement to hold early elections in April and May (Deccan Herald, 10 February 2021). The following day, members of the rival faction of the ruling Nepal Communist Party (NCP) clashed with police forces in the capital, with several rioters injured. While the Supreme Court has yet to decide if the move to dissolve parliament was constitutional, the international community has largely not taken a position (Kathmandu Post, 11 February 2021).

Besides anti-government demonstrations, the recent rape and murder of a 17-year-old girl sparked demonstrations across western Nepal, drawing attention to a potential rise in sexual assault cases. The girl went missing the previous week and her dead body was found a day later in a gorge (Channel News Asia, 13 February 2021). In 2018, thousands demonstrated to denounce the rape and murder of another schoolgirl, with one person dying and dozens injured during a clash with police (Al Arabiya News, 12 February 2021). The state has been continuously blamed for not taking adequate action in rape cases nor addressing the issue of sexual violence against women in the country (The Diplomat, 18 November 2020).