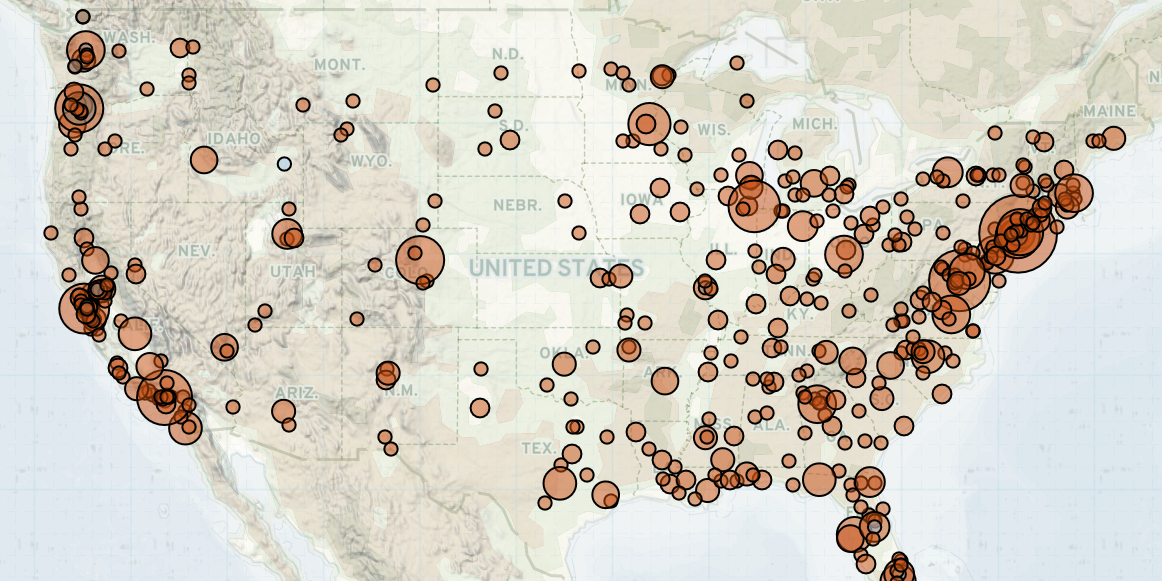 Demonstrations in the United States rebounded with a small increase last week, reversing a downward trend following the Capitol riot in early January. For the second straight week, no large pro-Trump or ‘Stop the Steal’ rallies supporting former President Donald Trump’s unfounded allegations of widespread voter fraud were reported, despite the beginning of the second impeachment trial. The trial extended through more than half the week, ending with Trump’s acquittal by the Senate on 13 February (NPR, 13 February 2021). Meanwhile, protests related to the COVID-19 pandemic accounted for the largest share of demonstrations last week, at over two-fifths of all reported events. Demonstrations associated with the Black Lives Matter (BLM) movement continued at a slightly lower rate last week relative to the week prior. Additionally, in the wake of Myanmar’s military coup d’etat (BBC, 9 February 2021), Burmese Americans demonstrated in solidarity with people of Myanmar and in opposition to military rule.

While new COVID-19 cases continue to decline — down by over 40% compared to earlier in the month (New York Times, 15 February 2021) — protests related to the pandemic accounted for the largest proportion of demonstrations last week. Demonstrations demanding an immediate reopening of schools increased by nearly 80% compared to the week prior, accounting for over 90% of school-related demonstrations. Nearly three-fifths of these demonstrations occurred in California and New York. Additionally, health workers affiliated with the California Nurses Association (CNA) held state-wide demonstrations in multiple cities on 6 February calling for the institution of California Guaranteed Health Care for All, a single-payer healthcare plan also known as CalCare (KSBY, 6 February 2021).

Detainees demonstrated over inadequate prison policies related to the pandemic in multiple states. In Portland, Oregon, detainees rioted at Inverness Jail on 7 February, taking over a dorm after correctional officers reportedly refused an inmate’s request for all detainees to receive COVID-19 tests. The guards tased the inmate after he resisted their requests to return to bed (Oregon Live, 8 February 2021). Two officers were injured in the riot, which occurred after more than 100 inmates, one-fifth of the jail population, tested positive for COVID-19 in recent weeks (KOIN, 8 February 2021). In St. Louis, Missouri, over 100 prisoners briefly took control over two units at the St. Louis City Justice Center on 6 February, demanding Personal Protective Equipment (PPE) and for the facility to implement more effective policies to contain the spread of the coronavirus (Riverfront Times, 6 February 2021). Inmates at the detention center previously demonstrated over similar pandemic-related issues throughout the last two months, but were met with force and no policy changes (New Republic, 10 February 2021). Staff and officials have denied that detainees in St. Louis correctional facilities are under any threat from the pandemic and have justified violent responses to demonstrations by describing the prisoners as “very violent and aggressive” (NBC 5 St Louis, 6 February 2021).

Meanwhile, Burmese Americans and supporters held demonstrations in at least 10 states against the military coup in Myanmar on 1 February. Demonstrators decried military rule and the detention of de facto leader Aung San Suu Kyi. They called for the US government to pressure the military to reinstate civilian leadership of Myanmar’s government. Meanwhile, President Biden announced new sanctions against the country’s military junta on 11 February (The White House, 11 February 2021).

In other developments, a small number of militia activity events were reported last week. The American Contingency reportedly held several firearm training events in Texas and Mississippi between 6 and 7 February and a survival technique training in Utah on 6 February. Additionally, Veterans on Patrol and the Arizona Border Recon Militia conducted patrols along the border with Mexico in the area of Nogales, Arizona on 9 and 12 February. Similar to previous weeks, militia activity is likely underreported as groups may fear that publicizing their activity would invite investigation by federal and local law enforcement amid the crackdown on far-right organizations following the Capitol riot.