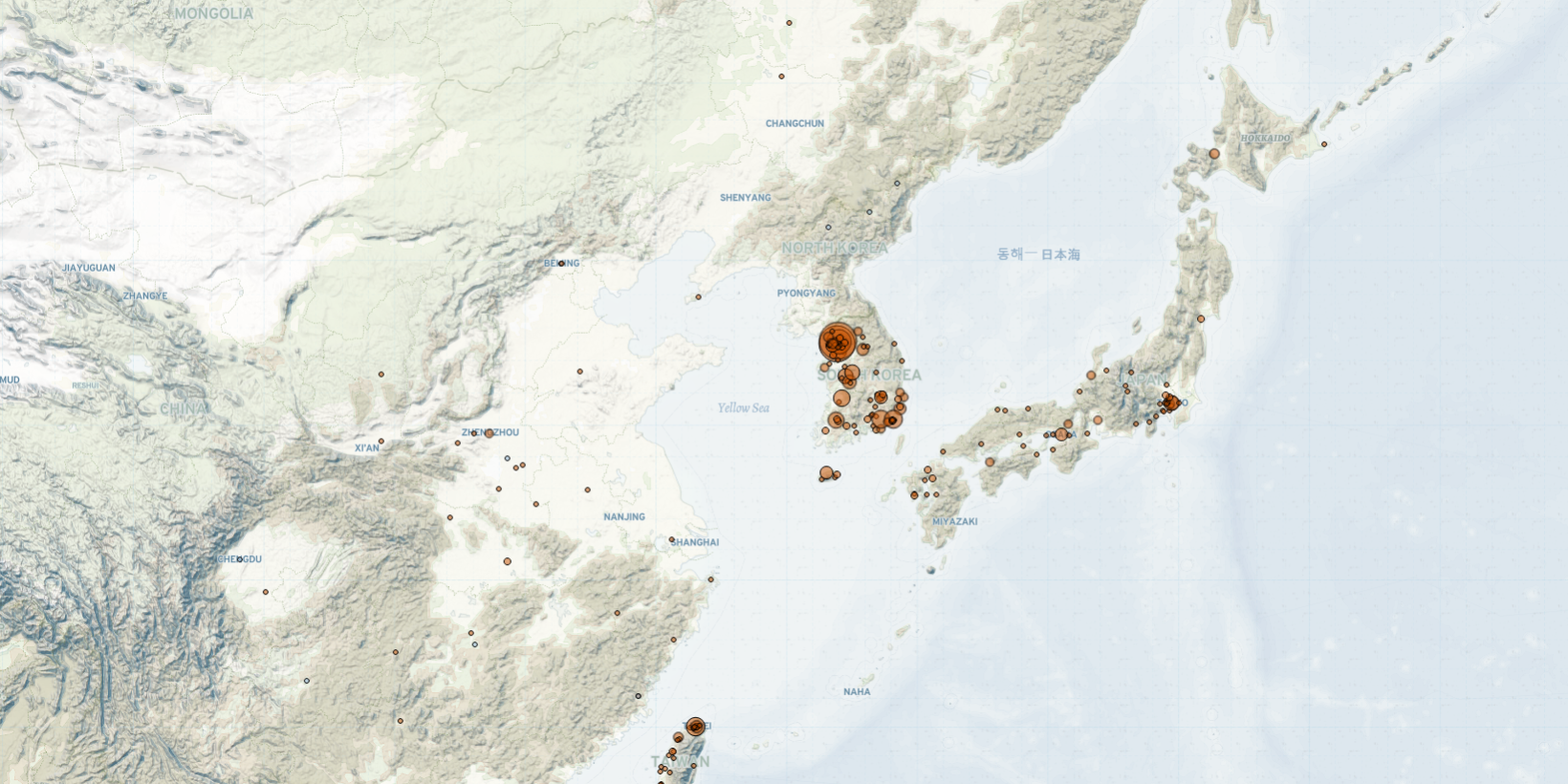 Last week in East Asia, solidarity demonstrations against the military coup in Myanmar were reported in Japan, South Korea, and Hong Kong. In North Korea, coronavirus lockdowns on the border with China were lifted earlier than planned following reports of people dying of hunger. In South Korea, a former ‘comfort woman’ demanded the government bring the issue of sexual slavery of Korean women during Japanese colonial rule to the International Court of Justice (ICJ), which adds further fuel to protests on this issue. Lastly, in Hong Kong, the announcement of a change in leadership at the public broadcaster Radio Taiwan Hong Kong has been met with criticism over concerns that such changes are meant to stifle editorial independence.

The largest solidarity rally in Japan against the military coup in Myanmar took place in Tokyo on 14 February, mobilizing thousands (News24, 14 February 2021; TV Asahi, 15 February 2021); other solidarity demonstrations were also held in a number of other cities. In South Korea, Burmese nationals gathered in Seoul in front of the Embassy of Myanmar to condemn the coup and ask the South Korean government to support democracy in Myanmar (Yonhap News Agency, 13 February 2021).

In North Korea, the government lifted the recently reimposed coronavirus-driven border lockdowns earlier than scheduled. The withdrawal of the lockdown order was reportedly made to appease locals; sources inside North Korea report that around 200 people died of hunger in Chagang Province following the recent lockdowns (Daily NK, 19 February 2021).

Last week in South Korea, a surviving victim of sexual slavery during the Japanese colonial rule, known as ‘comfort women,’ demanded the Korean government bring the forced sexual slavery issue to the ICJ (The Korea Times, 16 February 2021). She urged the Japanese government to officially apologize and provide lawful compensation, as provided for by the Seoul Central District Court’s recent ruling. She also criticized a Harvard professor for claiming that sexual slavery was a voluntary act. In support of her criticism, the organizers of the weekly Wednesday Demonstrations publicly read a joint statement signed by more than 1,100 feminists worldwide (Hankyoreh, 18 February 2021). Although the South Korean government did not directly respond to the victim’s request, it acknowledged that numerous historical accounts of Japan’s wartime sexual slavery victims have already been “proven universally” (Yonhap News Agency, 18 February 2021). This development might lead to further protests on the ‘comfort women’ issue in South Korea. Regular protests over the issue have been reported since 1992.

In Japan, protests against the former head of the Tokyo Olympics organizing committee Yoshiro Mori’s sexist remarks, which led to his resignation, declined last week. The protests have subsided following the appointment of Seiko Hashimoto to preside over the upcoming Tokyo Olympics. Hashimoto, a woman, is a former athlete and a current member of the House of Councillors (BBC News, 18 February 2021).

Lastly, in Hong Kong, a government report released last week found “deficiencies” in the editorial management of the publicly-funded broadcaster Radio Taiwan Hong Kong (RTHK) (HKFP, 19 February 2021). In the wake of the mass demonstrations against the extradition bill in 2019, the public broadcaster-cum-government department has come under a barrage of criticism, notably by pro-Beijing groups for its critical stance toward authorities. Shortly before the release of the government report, the Hong Kong government announced that the Director of Broadcasting will be replaced by the incumbent Deputy Secretary for Home Affairs on 1 March. Critics and members of the RTHK’s Programme Staff Union have voiced concerns about major reforms under the new leadership that would undermine its editorial independence (The Straits Times, 19 February 2021; RTHK, 19 February 2021). Since the passing of the National Security Law in June 2020, Hong Kong has undergone sweeping reforms which have led to the arrests of prominent pro-democracy activists and politicians, and a ban on popular protest slogans and songs. A planned curriculum reform on the compulsory liberal studies subject in its senior secondary curriculum is also being planned by the Education Bureau (SCMP, 4 February 2021).