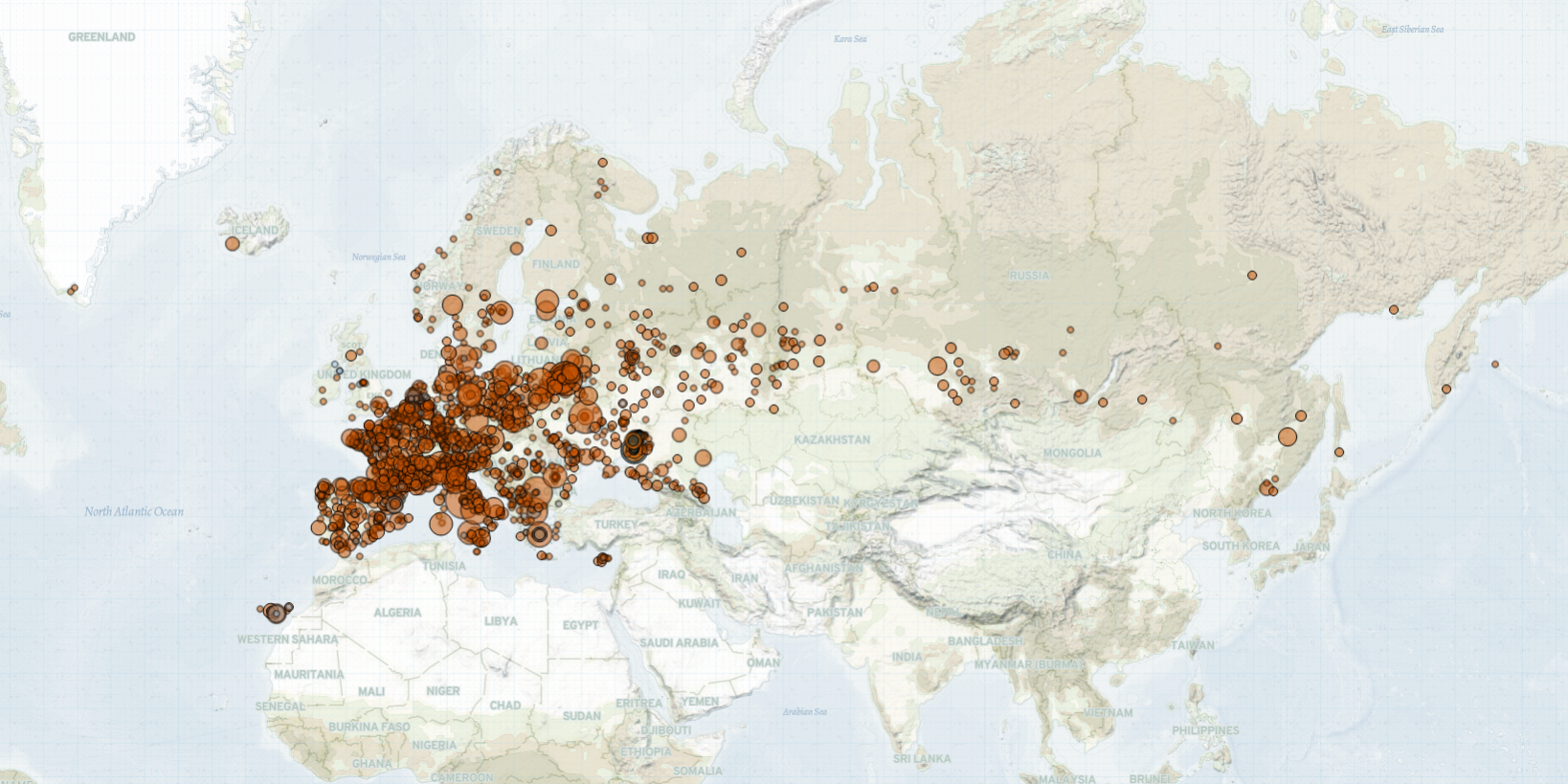 Last week, a new wave of demonstrations in support of imprisoned opposition leader Alexei Navalny took place across Russia with almost no arrests. Meanwhile, political unrest in Spain increased with violent demonstrations taking place against the arrest of Pablo Hasel. In Belarus, the demonstrations against President Lukashenko have spotlighted the poor treatment of journalists covering them. Meanwhile, in Italy, the stability of the newly-formed government under Prime Minister Mario Draghi is in question as he faces the same political fractures as his predecessor. Coronavirus demonstrations continued across Europe, with a violent crackdown on demonstrators seen in Cyprus. In Germany, concern over growing far-right extremism continues, marked by a rally on the one-year anniversary of a far-right attack that left nine dead. In Malta, the unanswered questions surrounding a prominent journalist’s death continues the public’s distrust in Malta’s political and business elite. And in Ukraine, demonstrations were held in support of sanctions that were put on a pro-Russian politician.

In Russia, de facto opposition leader Alexei Navalny’s supporters held a flash-mob style wave of demonstrations outside of their homes in dozens of cities. They demanded the release of the imprisoned Navaly and other political prisoners. This shift in demonstration size and location was intended to avoid encounters with the police. It is unclear how many people took part in these demonstrations, but no arrests were reported during these events (RFE/RL, 14 February 2021). Separately, demonstrations in support of Russia’s political prisoners were held, with the largest authorized one in Kazan attracting over 1,000 people (Kommersant, 14 February 2021).

In Spain, political disorder increased with 19 violent demonstration events reported in reaction to the arrest and imprisonment of Pablo Hasel, a rapper convicted of “exaltation of terrorism” and insulting the monarchy (Onda Cero, 18 February 2021). Several NGOs demanded his release, stating that counter-terror laws in the Spanish Criminal Code curtail freedom of speech. Several political parties criticized the police intervention in the demonstrations for being “disproportionate” (La Provincias, 19 February 2021).

In Italy, the newly-established interim government of Prime Minister Mario Draghi faced backlash from several minority parties. Separate demonstrations were held by both far-left (Power To The People and Communist Refoundation Party) and far-right (Italexit and New Force) parties (BBC, 13 February 2021). The disagreement, how to spend EU coronavirus recovery funds, is a continuation of the political conflict that led former Prime Minister Giuseppe Conte to resign on 19 January (CNN, 26 January 2021), causing the stability of the new government to be in question.

Meanwhile, demonstrations related to the coronavirus pandemic continued across Europe. In Belgium, the Netherlands, France, Germany, Czech Republic, Croatia, Latvia, Lithuania, Finland, Norway, and Denmark, people demonstrated against coronavirus measures. In Greece, Poland, Slovenia, Romania, North Macedonia and Moldova, labor groups demanded financial support from the government during the lockdown and condemned restrictions on their work. In Serbia, health workers demanded better working conditions. Most of these demonstrations were peaceful. However, in Cyprus, clashes broke out after riot police cracked down on several hundred demonstrators against corruption and the government’s response to the pandemic (AFP, 15 February 2021)

In Germany, on 19 February, people, including senior government ministers and religious leaders, demonstrated against hate speech and far-right extremism. It was held on the one-year anniversary of a racially motivated far-right attack in Hanau that left nine people dead (Euronews, 19 February 2021). Concern over growing far-right extremism in the country remains.

In Malta, on 16 February, a vigil for truth and justice was staged by anti-corruption activists in Valletta to demand answers regarding the murder of writer and blogger Daphne Caruana Galizia in 2017. Well-known for her investigative journalism, including her part in the Panama papers, her death has had a large political impact on Malta that continues to this day. Following her death on 16 October 2017 when a car bomb went off in her vehicle, there have been continued demonstrations calling out corruption among Malta’s politics and business leaders. Former Prime Minister Joseph Muscat was forced to resign in January 2020 after demonstrations against him (Times Malta, 22 November 2019; AFP, 23 January 2021).

In Ukraine, following the shutdown of pro-Russian TV channels, the National Security Council imposed sanctions on well-known pro-Russian politician and chairman of the Opposition Platform – For Life party Viktor Medvedchuk. Several demonstrations were staged in support of this move as it is linked to the alleged financing of Kremlin-led armed groups in eastern Ukraine and is likely intended to decrease Russian influence in the country (Ukrayinska Pravda, 19 February 2021). Meanwhile in the Donbas region, fighting between Ukrainian government forces and Russian-led separatists remained at relatively low levels last week. There were 28 armed clashes, 48 shelling incidents and no fatalities reported. Separately, on 15 February, an explosive device went off under the car of the first battalion commander of the Donetsk People’s Militia in Horlivka. The commander and his daughter were wounded and required hospitalization (RFE/RL, 15 February 2021). In the past, Russian, Ukrainian, and separatist actors have all been implicated in the assassination of separatist leaders. Thus, at this time, it is not clear who is responsible for the attack (BBC News, 17 October 2016; Foreign Policy, 25 October 2016). However, this event might be an indicator that one side of the conflict intends to increase the intensity of combat operations in the coming months.