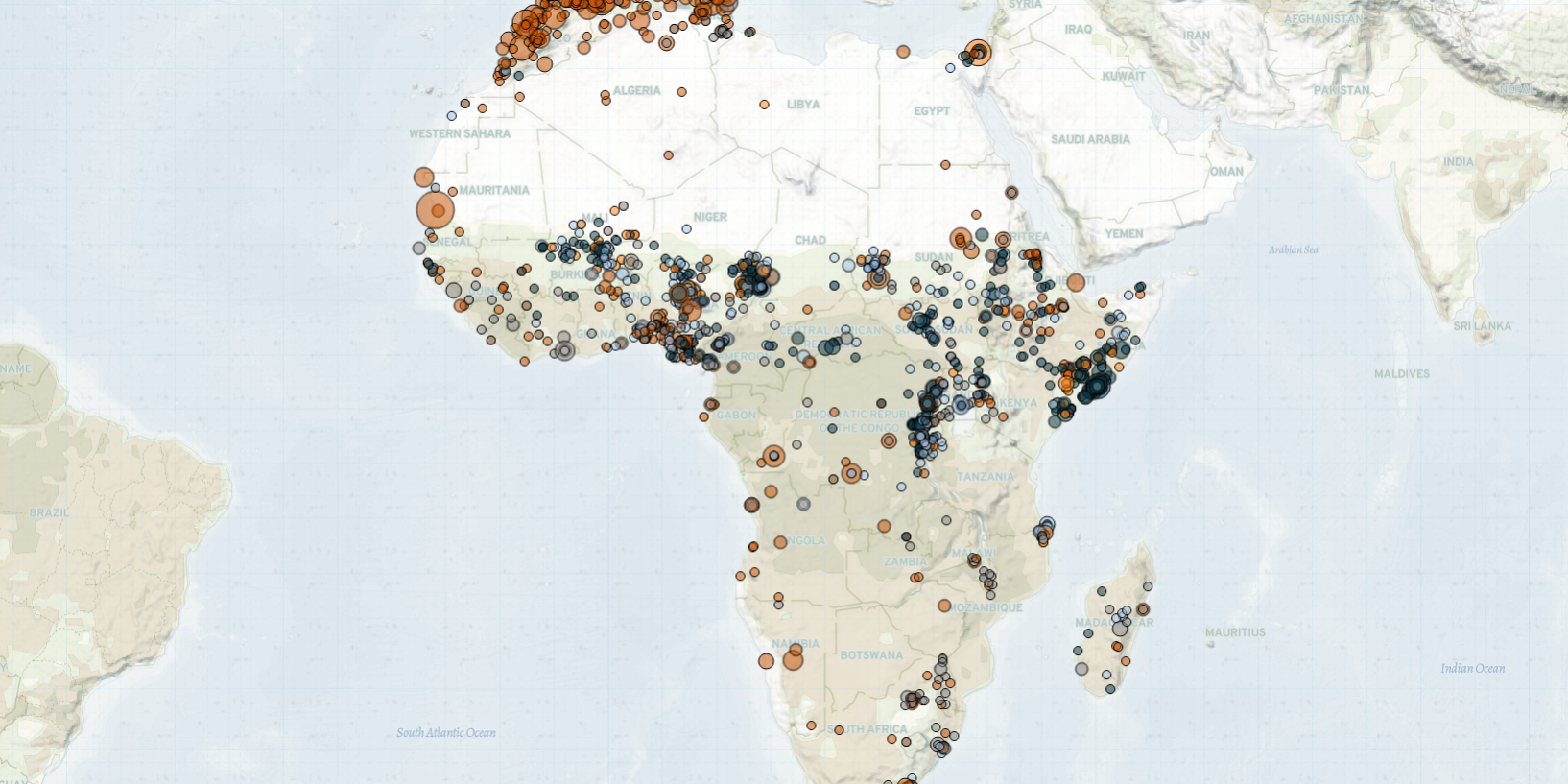 Last week in Africa, the Italian ambassador to the Democratic Republic of Congo was killed during an attack on a World Food Programme convoy; the Libyan Interior Minister survived a shootout in Tripoli; and hundreds of schoolgirls were kidnapped during the latest school attack in Nigeria.

In Algeria, demonstrators commemorated the second anniversary of the launch of the Hirak movement with a swell in demonstrations across the country. During the week, ACLED records the highest weekly number of demonstrations in the country since August 2020.

Nearly 300 schoolgirls were abducted by bandits in the Nigerian state of Zamfara. The attack on the secondary girl’s school in Jangebe is the third high profile mass school abduction in the past three months, and comes little more than a week after dozens of children were abducted from a school in Niger state. Elsewhere in Zamfara state, dozens of civilians were killed during an attack on Sabuwar Tunga village in the Maru local government area.

In Libya, guards for the interior minister and former prime ministerial candidate, Fathi Bashaga engaged in a shootout with members of the Stabilisation Support Apparatus in the capital Tripoli. Bashaga claimed that the exchange of gunfire was the result of an assassination attempt, while the Stabilisation Support Apparatus, a state security force, accused members of Bashaga’s convoy of opening fire on their vehicle as it passed the convoy (Reuters, 21 February 2021).

The Italian ambassador to the Democratic Republic of Congo (DRC), Luca Attanasio, was killed during an apparent abduction attempt in North Kivu. Attanasio was travelling in a World Food Programme (WFP) convoy when unknown gunmen opened fire, instantly killing his driver. Attanasio and a bodyguard were then killed by their attackers after being led into the bush, in what appears to have been a failed abduction attempt (UN, 23 February 2021). The eastern DRC is a global hotspot for abductions and forced disappearances (ACLED, 28 August 2020), with numerous armed groups operating out of the region and readily employing kidnappings in order to fund ongoing operations. In the last 12 months, ACLED records more than 120 non-fatal kidnappings in North Kivu alone. While many of these abductions can be directly attributed to known armed groups, others, such as the attack on Attanasio, are largely executed by actors with links to armed groups and the military, acting with the compliance of local military and government figures (Kivu Security Tracker, May 2018).

In South Sudan, ethnic tensions between Tigrayan and non-Tigrayan soldiers serving with the Ethiopian contingent of the United Nations Mission to South Sudan (UNMISS) spilled over into a violent brawl at the Juba International Airport. Following the clash, 15 Tigrayan soldiers decided to remain in South Sudan, seeking asylum with the support of the South Sudanese Ministry of Refugee Affairs (AP, 22 February 2021).

This latest incident comes amid ongoing reports of fighting in the Tigray region of Ethiopia, with clashes between Tigrayan militias and Ethiopian federal forces reported in Gijet. More information about mass killings of Tigrayan civilians, at the hands of Eritrean soldiers operating in Tigray during the November and December period, came to light last week. Meanwhile, the leader of the Fenkil Tigray Movement, along with two bodyguards, were killed by unidentified armed gunmen in Hiwane. Elsewhere, state forces have continued operations in the Oromia region, clashing with unidentified fighters in Kiremu. Fatal shootings of apparently unarmed men by state forces were also reported in Burqua Dhintu and Shashamane. In Lalo kabele, federal troops reportedly destroyed dozens of houses, accusing residents of supporting the Shane splinter faction of the Oromo Liberation Front (OLF).